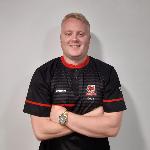 Guy began his coaching career as a development coach at Enderby Swimming Club in 2006. A successful swimmer himself, holding multiple county and regional records and racing in numerous National Age Group, Youth and Senior finals, Guy brought a lot of knowledge to the table. He quickly moved up to be their Director of Swimming and then successfully spearheaded the merger of Enderby SC with Lutterworth SC in August 2011. Since the merger in 2011, Guy has directed and guided the club team, which started with 22 hours of pool time, and just over 200 athletes, to a fully formed 300+ member performing Programme. This Programme can now offer it's athletes 46 hours of pool time and the opportunity to develop from the first strokes out of learn to swim, all the way through to International representation.

Since Leicester Shark's inception, Guy has coached athletes from their first competitions, through county championships and onto Regional and National finals. In 2016, he developed his young athletes to a point where he coached a swimmer to two National medals and a place on the second phase of the National Pathway Programme. He has consistently coached Regional Champions every year since 2014, as well as multiple Regional medalists and finalists since this time.

Under his charge, The Junior League team at Leicester Sharks CSC have made the regional final since the programmes inception, qualifying for the National semi finals for 4 consecutive seasons, and racing the other top 8 teams in the country in the National Final in 2017 & 2018. This team has gone from strength to strength under his guidance and really shows the attention to detail our young athletes are handed when they first join the Performance Pathway. There has been a similar improvement as those athletes have filtered through into our Senior Arena League team, with the team qualifying for the area final for the last three years, narrowly missing out on qualification for the National Final in 2017 & 2019, as they finished in 3rd place.

Guy has always been ambitious and his dedication and determination to push this club forward continues to have a positive impact on our members and ensure we have a lot to look forward to at Leicester Sharks CSC in the future. 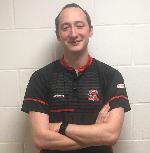 Mark has been coaching for 14 years, starting as a volunteer at his local club Glossop, Mark was determined to give back to the club which had started him on his journey, and has been involved in coaching ever since. He has coached at all levels of swimming from Learn to Swim (Adults and Children), through development stages and on to National level Age Group, Youth and Senior athletes.

As a swimmer, Mark was extremely successful, representing Great Britain at Junior and Senior level as well as winning domestic National events over a number of years. He successfully managed this alongside his academic studies, attaining a B.SC in Mathematics from The University of Manchester in the same year as he won the National Senior Championships.

After completing his swimming career, Mark was appointed as Performance Coach at City of Manchester Aquatics Swim Team. He enjoyed a successful start to his coaching career, leading athletes to Regional and National medals in the Pool and Open Water. He also successfully coached an athlete to an International medal at the IPC European Championships in 2014, as well as numerous IPC World, European and British Records.

Mark was also named Head Coach to the University of Manchester Swim Team and led them to some of their most successful results at the BUCS Championships, winning the Athletic Union Club of the Year twice in three years, as well as winning the AU Coach of the Year award in his final season with the club.

Mark has been coaching with Leicester Sharks since September 2017 and has really added an extra dimension to the Leicester Sharks Coaching team. Since 2017, he has coached multiple athletes to Regional and National finals and medals. The club's Arena League and Junior league teams have progressed year on year and our team has gone from strength to strength. In 2019, under coach Mark's guidance, Leicester Sharks' athlete Michaella Glenister qualified for the European and World Junior Championships in multiple events, winning a Bronze medal in the 400m Individual Medley at the World Junior Championships after dropping 10 seconds from her entry time.

"I am really excited about where this club can go in the future and I am really looking forward to seeing the development of all aspects of this team as we work to progress even further." - Mark McKenna, 2020

Darwin started his journey as a swimming coach just over 10 years ago....by accident!

It was all down to one man who was teaching his son to swim competitively whilst at Enderby Swimming Club. Hugh Darlington was a senior Coach for ESC who was on a recruitment drive one Sunday evening whilst James, Darwin's son, was training.

Darwin sat there playing games on his PSP (those old enough will know) and relaxing when Hugh popped up and started talking to him...to cut a long story short, he asked Darwin if he would like to start volunteering for the club...as a coach...Darwin's immediate reaction was to laugh! " I'm not a competitive swimmer" Darwin said...his words remain with Darwin to this day..."I don't want you for that, I want you for you" Hugh said.

Darwin agreed, and the following week he ended up poolside for the first time shadowing one of the coaches, his name was Guy Worrow, whoever that was? Anyway, Darwin introdued himself and told him he knew nothing about swimming and BOOM a fantastic coaching partnership and friendship ensued.

Darwin watched, listened, researched and was mentored by Guy, just as he is today...every day is a school day. Enderby Swimming Club went from strength to strength and with coherent leadership, positioned itself as one of the most successful clubs within the region. He was an active committee member, brand manager, volunteer coach and not forgetting being the parent of a successful county/regional swimmer. He's also proud to say that he was part of the steering committee who brought Enderby and Lutterworth Swimming clubs together to form Leicester Sharks. The vision was always to create an alternative elite swimming club with more strength and depth than those close to us....a job well and truly done.

Darwin was appointed brand manager again where he developed a strong, clear logo and brand to back up our intentions in the pool, he still get's goose bumps when he is present at gala's, open meets or club championships when they are all Shark'd up!

Darwin has worked his way through and up various junior and senior squads over the years, Darwin thinks the biggest turning point was the taking over of one of Leicester Sharks senior squads. His own remit was really simple, to bring order and quality coaching to a squad that needed leadership and direction.

Fast forward a few seasons, Darwin is now a level 2 coach, selected as a County Skills Coach and was recently awarded runner up as Coach of the Year. He heads up 3 squads that train side by side in one form or another, each adhering their own goals and values, whilst maintaining that all important team spirit. They surprise him every session, their progression and needs push him to take them that step further all the time...it's self perpetuating. Safe to say, these guys are now his world and they strive together.

The journey continues....oh, there's a small thing to say about our, successful Learn to Swim programme but that's got it's own section on the website, go check it out.

Natasha began her swimming journey  aged 7 swimming for Leicester Neptune’s Swimming Club. Although she did not compete at a high level she always loved swimming, competing in galas and socialising with friends. At aged 13 she decided to stop club swimming but didn’t want to give up her passion completely. Aged 14 she managed to secure a job as a swim assistant at Penguins swimming academy, helping to teach young children to be confident in the water and share the love she had for swimming.  At 16 she went on to complete her Level 1 and 2 swim teaching qualifications allowing her to lead her own swimming lessons at multiple pools.  From gaining experience teaching adults and children of varying abilities, she took on her own approach to teaching making it fun and enjoyable whilst breaking strokes down to perfect technique.

At 17 she was given the opportunity to help coach swimmers at the Tigers academy where her knowledge of swimming technique grew massively. In 2020 she took on the challenge of having her own squad at Leicester Sharks   coaching Development Performance 1/ 1+ alongside studying towards her BSc Physiotherapy degree at the University of Leicester.

Natasha is very focused on continuously improving as a coach and hopes to be able to use her physiotherapy knowledge to make a positive impact to the club and athletes. 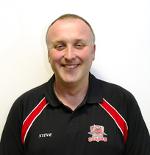 Lucy swam for Lutterworth Swimming Club and then for Leicester Sharks before moving into the coaching role with Steve.

Emily took her swimming further by progressing onto regional qualifying times where she achieved silver medal in the 200m Butterfly at the age of 9,also qualified for the open water national finals where she came 6th. 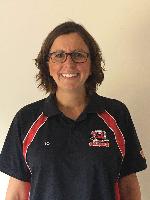 Over the last session Joanne has developed as a coach and now helps lead the sessions within the programme with our 7, 8 and 9 year old swimmers in Enderby. Since Joing the club Joanne has developed herself by attending many courses and gained qualifications to help her organise training sessions, land base sessions and help set her squad challenges to keep them engaged.

Joanne brings an incredible energy to poolside and a desire to improve every athlete whom she works with.