Why do you coach?

"A swimmer finishes their race, touches the wall, turns around looks into your eyes knowing they have performed with the precision worthy of years of hard work, dedication, commitment and hours and hours of practice. Well that look, that look......leaves you breathless, unable to speak, holding back emotion and all you can do is sit down filled with pride knowing you have been a part of that journey.... that’s why I coach” - Barry Alldrick Performance Review 2016

Having earned junior international medals in swimming and competitive lifesaving Barry continued to coach voluntarily for Lincoln Vulcans and Bournemouth Dolphins. In 2004 he became the Head Coach of Dorset Club Christchurch Seagulls leading a team of coaches and committed volunteers to nurture international Swimmers, Para-Swimmers, Water Polo Players, and Tri-athletes. Early in 2014, Barry took on the Head Coach role at Poole Swimming Club.

Influence:  Creation of a Performance Environment

Whilst maintaining a community, family, and fun-based atmosphere at Poole Swimming Club Barry has been influential in creating a performance environment for athletes, coaches, and volunteers.  The club over the last 3 years has made significant history with athletes regularly winning International, British, National, Regional and County Medals & Records.  Including athletes representing GB at European Senior, World & European Junior Championships and England at the Commonwealth Games.  The club has in recent years seen seven coaches engaged with the Swim England National Coaching Pathway.

Barry promotes a caring, creative and playful coaching style and contstantly demonstrates a drive to stay one step ahead of the performance level of his athletes.  His attention to detail, passion and empathy with athletes earned him a place on the 2016 Swim England Coach 2024 programme. Since then he has coached in the International arena representing British Swimming and Swim England across the globe.

Background  and why I coach :

Quite simply, Jan coaches because she loves it. Her  interest derives from past experience in the spo rt as a competitive swimmer. She was born and brought up in Harrogate in North Yorkshire. Having learnt to swim at the age of five, her interest in swimming continues as a professional coach. She won her first county swimming medal in Rotherham, South Yorkshire  in 1966 followed by her first Regional swimming medals in Felling, Tyne and Wear in 1968. During the 1970’s, as a devoted age group and youth swimmer, Jan represented Yorkshire and North Eastern Counties and went on to compete at  National level, making several National finals.

Jan has over 20 years’ coaching experience working with a wide range of swimmers and clubs including Harrogate District SC, Hemel Hempstead SC and Ferndown Otters. Since joining Poole Swimming Club in April 2011, Jan has successfully shown that she has the ability to prepare and develop Age Group swimmers from grassroots to National level. She has also coached National and International Masters swimmers including GB and World record holder Jean Howard-Jones.

As an academic, Jan has a first class honours degree in Sports Coaching and Development. She has also conducted Postgraduate research on Masters Sport participation, physical activity, health and wellbeing. She successfully completed her PhD entitled:  “Life is good, life is what you make it…”  at Bournemouth University in 2015.

Jan likes to adopt an athlete centred approach to her coaching. She believes that:

“ The key to success is motivation. It’s what you get up for in the morning.

Find out what motivates you. Use it and never look back. It might change your life forever.”

Background:  Born in South West London, became involved in swimming from a young age and continues his passion for the sport.  Chris began coaching with his own club, Kingston Royals SC.
He is currently going into his final year at Bournemouth University, studying Sports Psychology & Coaching.

Prior to joining Poole Swimming Club in 2018, Chris spent a year working as head coach of an Isle of Wight club. 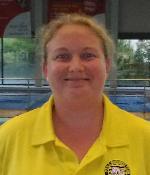 Born in Poole, started first at an early age representing Bournemouth Dolphins before switching to Poole S.C as a swimmer to multiple regional finals. After studying Sports Exercise and Coaching Sciences at A level, and volunteering with Poole Swimming Clubs Regional and National squads I was offered a permanent position within the club.Since 2013, I have been working with athletes aged between 7 and 12 developing key skills and producing County and Regional qualifiers. 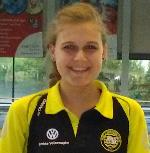 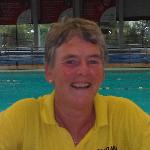 Born in Poole, Maralyn joined Poole Swimming Club in 1960 and swam for Dorset several times.  In 1967, she won the Ladies Diving Competition for Dorset.  She qualified as an ASA Level Two Teacher in 1971.

Coaching Style:   Maralyn has a nurturing style, preparing swimmers for their progression from the Star Groups to the squads in the Club.  She places a strong emphasis on children enjoying themselves and having fun, while learning swimming technique.

I started swimming from an early age  & swam as a child with Hartlepool Swimming Club and I was also in the Life Saving Club. As an adult I still carried on swimming  within the Dorset Police Swimming & Lifesaving Team. I currently teach all ages at the club including the Silver Squad & Teach at Poole Swim Academy. I also help Barry coach the Open Water Swimmers. In my spare time I also swim & compete at Open Water Events. 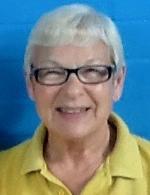 Gail has been a Long term member and was Club President for the year 2000/1. She has been teaching and helping with the administration of the club for a number of decades. Her first teaching qualification was attained in 1964 and she is now still an  ASA Level 2 Teacher, regularly attending CPD courses.

Gail is a Judge 2 Official and regulartly helps out in the  County and school galas. She is currently running the Poole Swim Academy, and is the Club Membership Liaison as well as a member of the  Social, Fundraising and Communications Group. 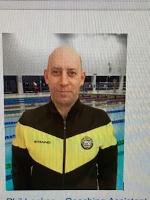