Seventeen West Suffolk swimmers travelled down to Luton this past weekend for the East Region Winter Championships, which sees the best swimmers from Bedfordshire, Cambridgeshire, Essex, Hertfordshire, Norfolk and Suffolk competing. This competition is an open age event, with swimmers competing from 13 through to 29 years of age, all in one open age group.

There were plenty of personal best times (pb’s) achieved throughout the weekend, with swimmers competing in the first Regional short course event since 2019.

As always, the Friday evening session kicked off with the distance events, with the women’s 800m Freestyle and men’s 1500m freestyle taking place. Alice Clark (16) was the sole entry for the distance events, getting some race practice over the longer distance and learning how to pace the race. After a strong start down the first 200m, Alice just slipped off her target pace and finished just outside her entry time, finishing 25th overall. Alice also finished just outside her best time in the 200m Breaststroke event, but secured a PB in the 50m Freestyle event – both on the final day of the competition.

Charlotte White (16) had a busy weekend of racing, with 11 events on her schedule. Charlotte put in some strong performances across the weekend, with plenty of PB’s to take away from the weekend and making finals on both the Saturday and Sunday nights. Charlotte secured her highest finish of the weekend, with a podium finish and bronze medal in the women’s 100m IM. On the last finals session of the weekend, Charlotte had a tough trio of races, competing in the 200 IM, 200m Breaststroke and 100m Butterfly – all within 15 minutes! This showed tough mental and physical strength and Charlotte just missed out on the podium in the 200m IM by less than half a second, finishing 4th.

The club entered both male 4 x 50m Freestyle and Medley teams, with the swimmers making podium appearances in both events. The Saturday evening finals session saw the 4x50m Freestyle boys (Tom Page, Matthew Baker, Charlie Whyte & Jake Thomas-Mansfield) put on a dominant performance, leading the race from start to finish to win the title. It was a fantastic team effort, to get the win ahead of City of Cambridge A and Hatfield. In the Medley relay, on the final night, Myles Turner stepped in for the Backstroke leg, with Tom Page (Brs), Jake Thomas-Mansfield (Fly) and Matthew Baker (Free) securing a second podium finish from 2 relays, finishing 3rd.

Another busy schedule for Myles Turner (21), saw him competing in 9 events across the weekend. Myles finished top 10 in 7 of those events, with his highest place coming in both the gruelling 400m IM and 200m Backstroke events, where he finished 2nd. Myles also secured a second bronze medal (after the relay), with a 3rd placed finish in the 200m IM. This was a solid weekend of racing, coming off back to back weekends of competing, where Myles raced up in Sheffield for the Masters Nationals the weekend before.

Tom Page (17) picked up seven PB’s from the seven events that he competed in and secured a place in two finals. Tom’s first final was in the men’s 50m Freestyle, where he dipped below the 24 second mark for the first time, with a time of 23.78. This was enough to see him qualify 8th into the final, where the average age was 21. Tom matched his heat time again in the final, to finish in 6th position overall. Tom also made it through to the men’s 50m Breaststroke final, where he swam under the 30 second barrier for the first time, with a time of 29.63. In the final, at the end of a long weekend of racing, Tom swam just outside this time to finish 8th overall. In all of his events, Tom finished in the top 3 in the 17yrs age category.

Just missing out on an individual medal was Charlie Whyte (20), who competed in 5 events over the weekend. Charlie qualified for 3 finals over the Championships, with two 4th placed finished in both the men’s 50m Butterfly (just 0.10s off a medal) and the men’s 100m IM (just 0.03s off a medal!). Charlie also competed in the men’s 50m Backstroke final, where he finished in 7th place – just outside his heat time.

Matthew Baker was the other senior finalist, making it back for the men’s 100m Freestyle. After a month of injury, Matthew put in a stellar performance, to finish 4th in the men’s final – being the youngest swimmer at 15yrs of age, just 0.28s away from the medals. It was also a great PB for Matthew, finishing in a time of 51.49.

There were plenty more PB’s from those competing over the weekend, with both Luka Page (15) and Archie Chamberlain (15) taking home 7 PB’s from the 8 events that they had both swum in. It was a great opportunity to race against some of the best swimmers in the East Region, with other swimmers that qualified and competed, including: Harry Smart (19), Ben Allen (19), Cerys Williams (17), Elizabeth Wright (14), Emily Cutting (16), Megan Barker (14) and Molly Peacock (19). Imogen Gotch also qualified, but was unable to compete due to illness.

Full results can be found  HERE.

Well done to all the swimmers that qualified and competed. The next major competition is the Swim England Winter Championships, which take place in Sheffield from the 3rd – 5th December. This competition will see the best swimmers from across England competing, in the first major domestic National competition since 2019. 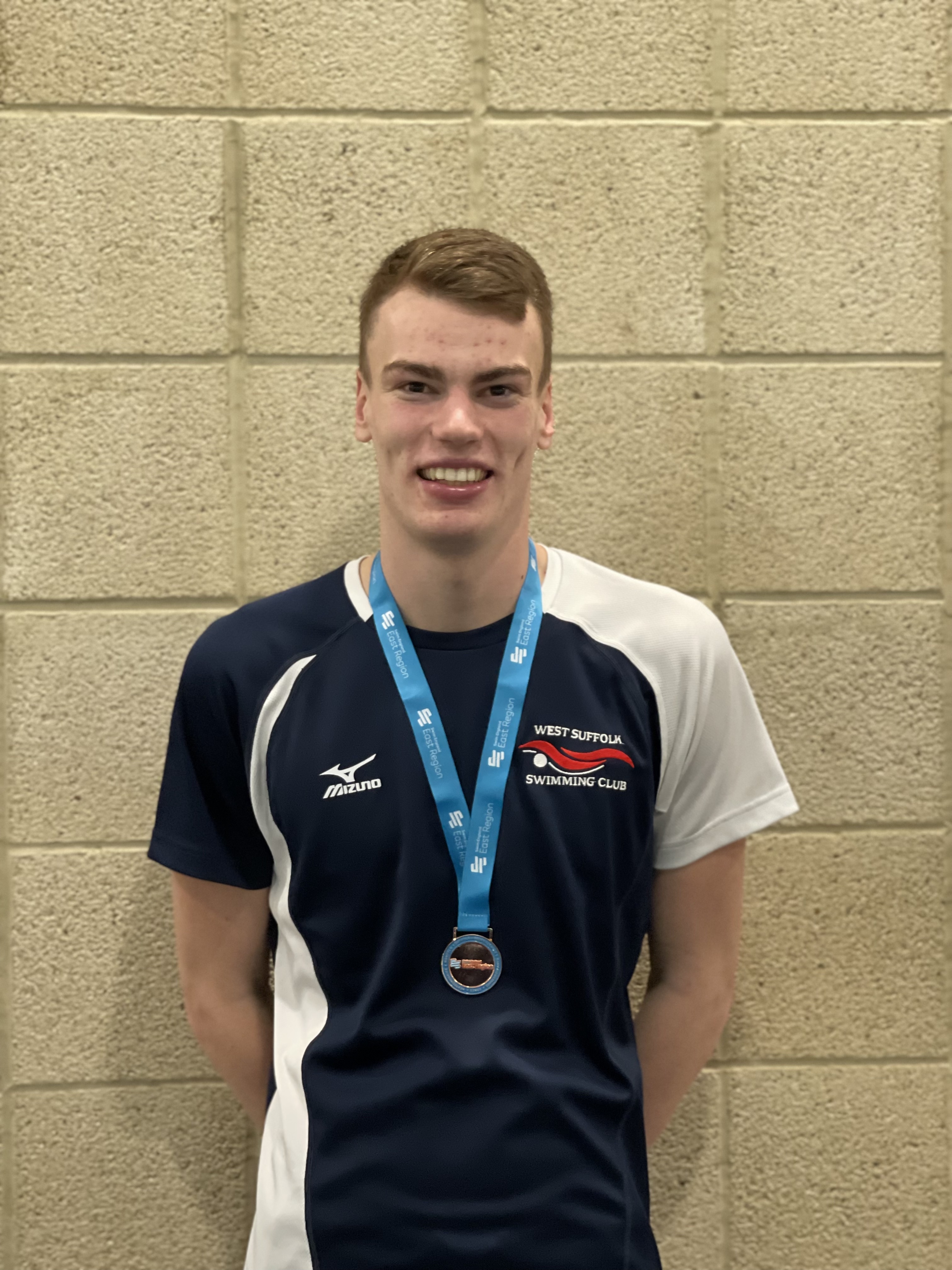 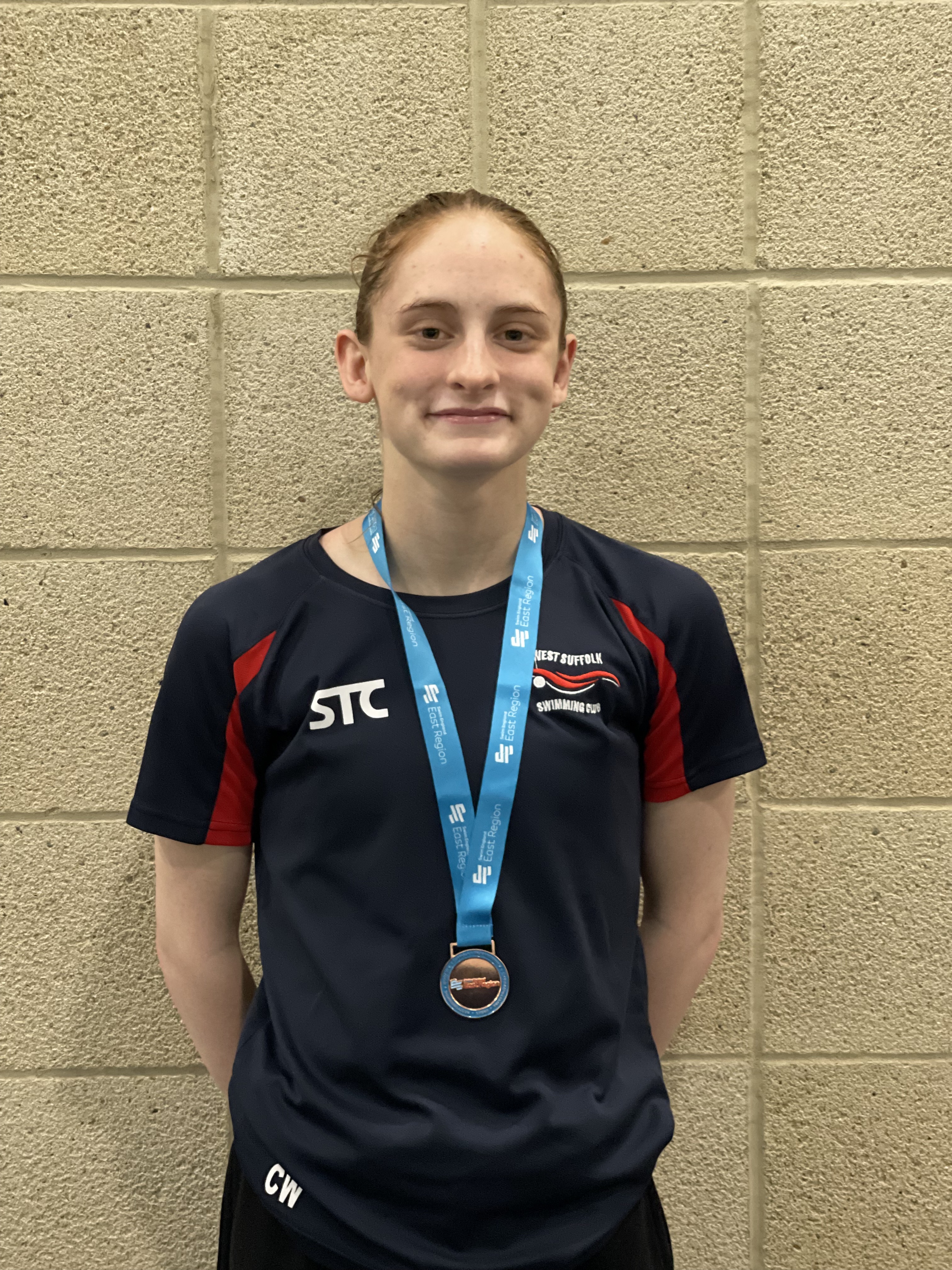 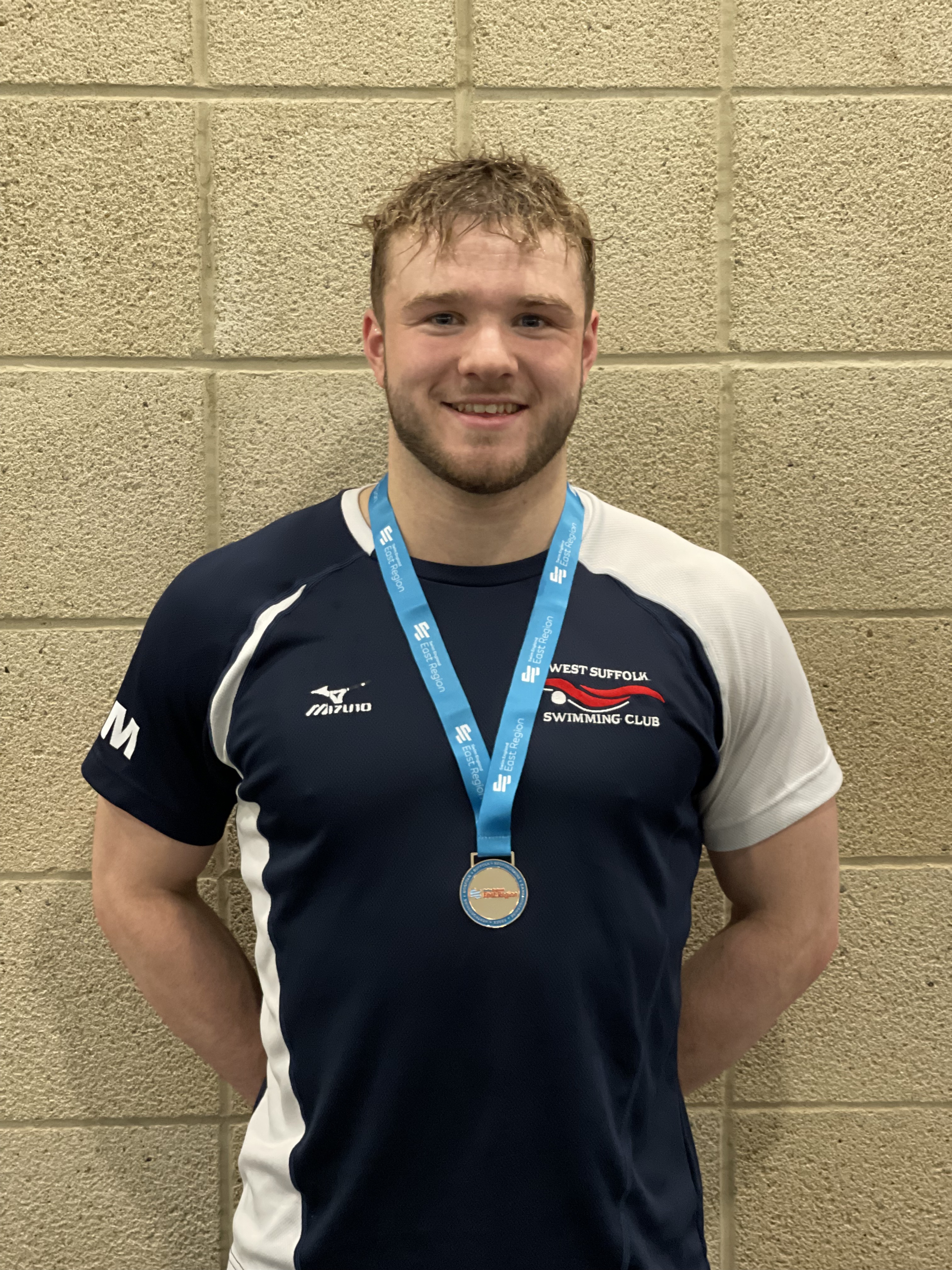 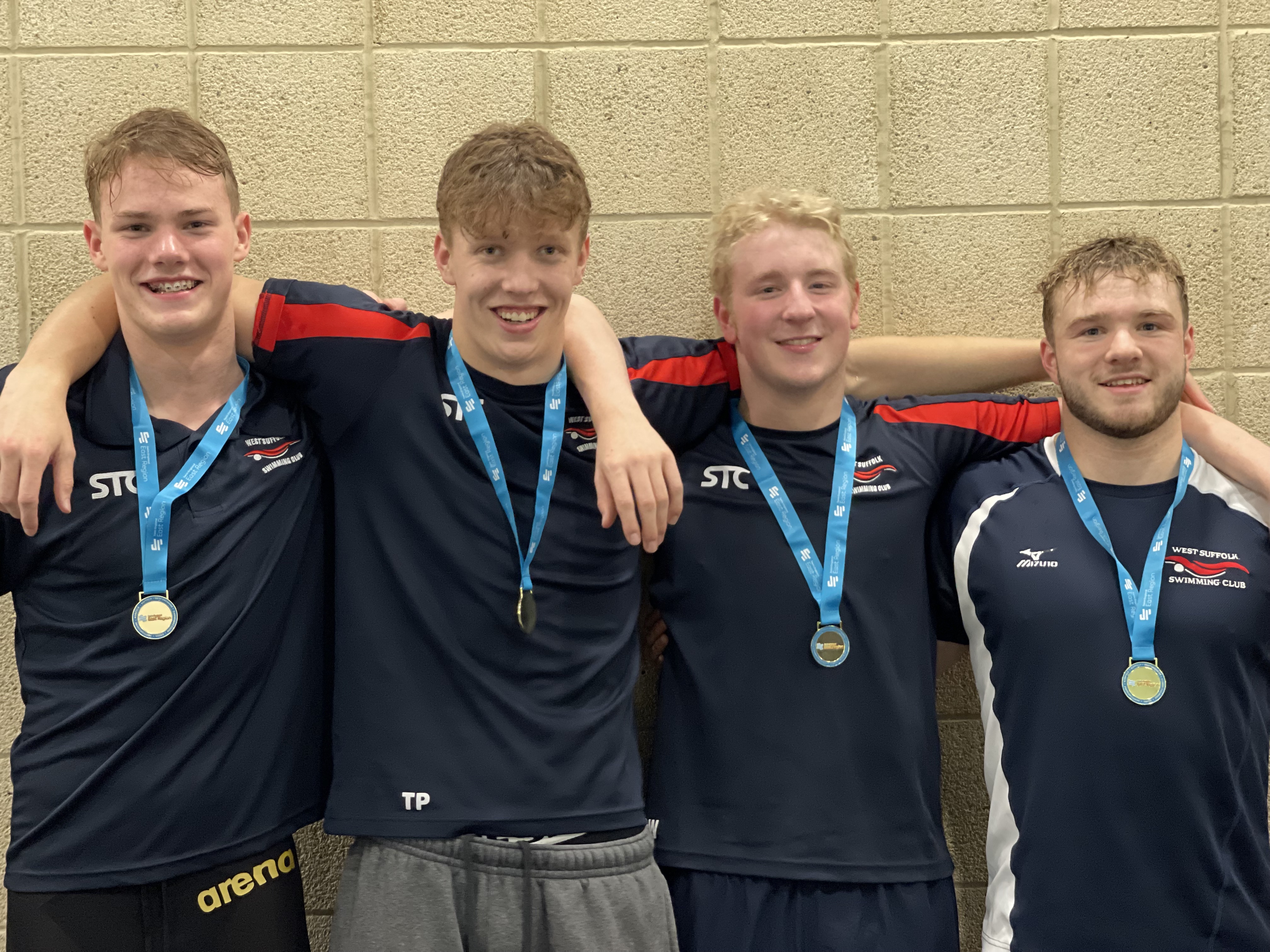 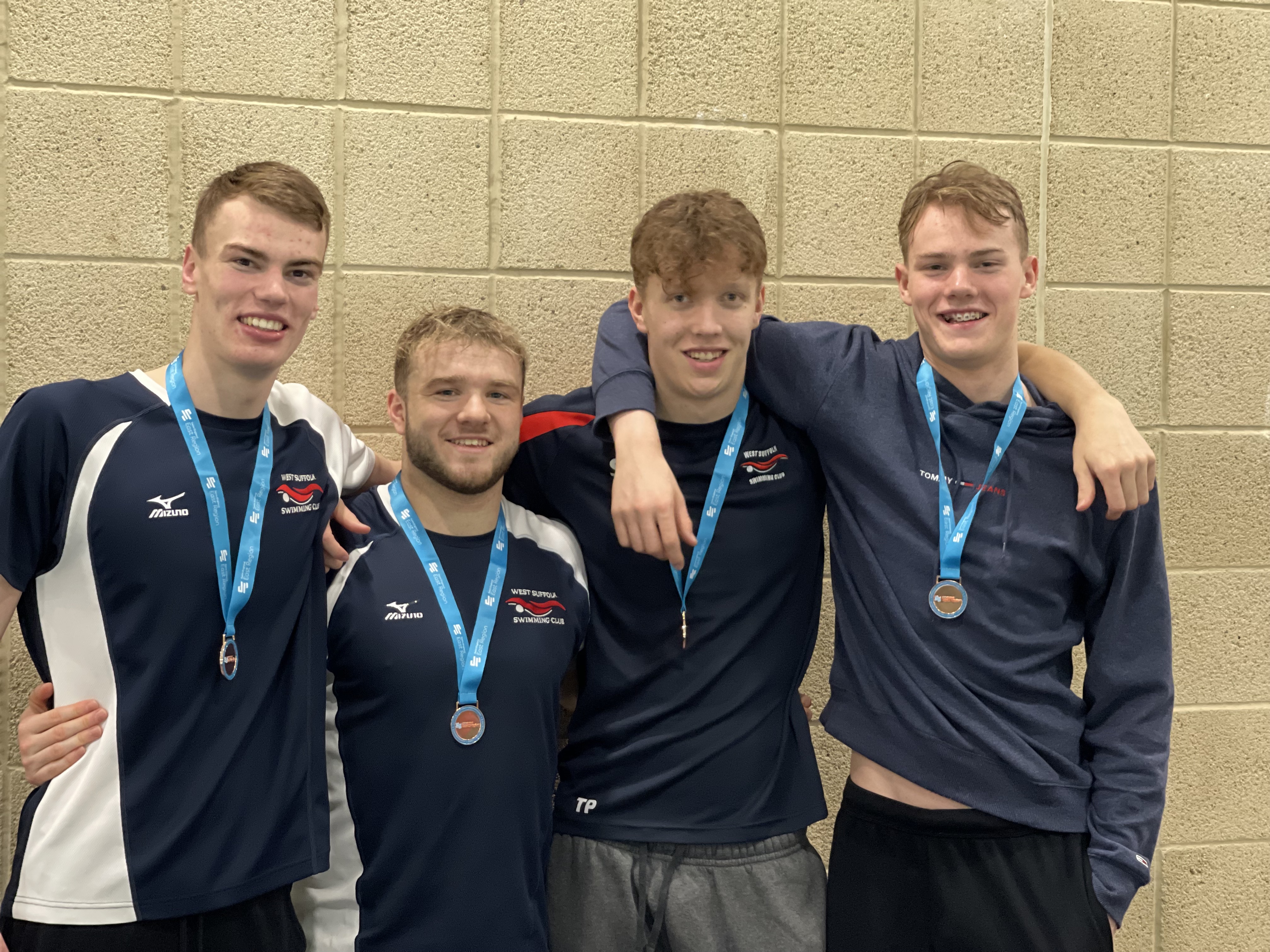 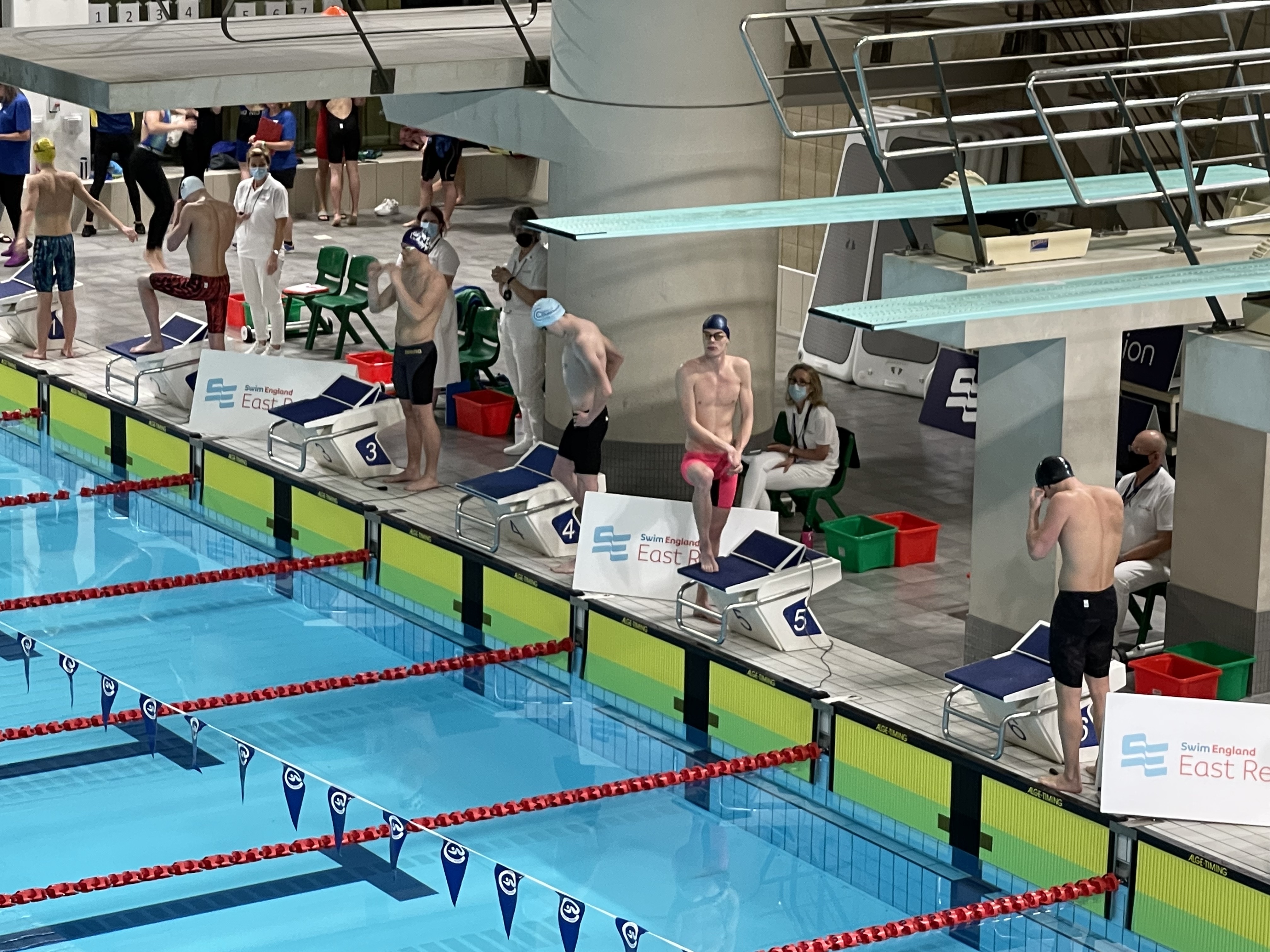