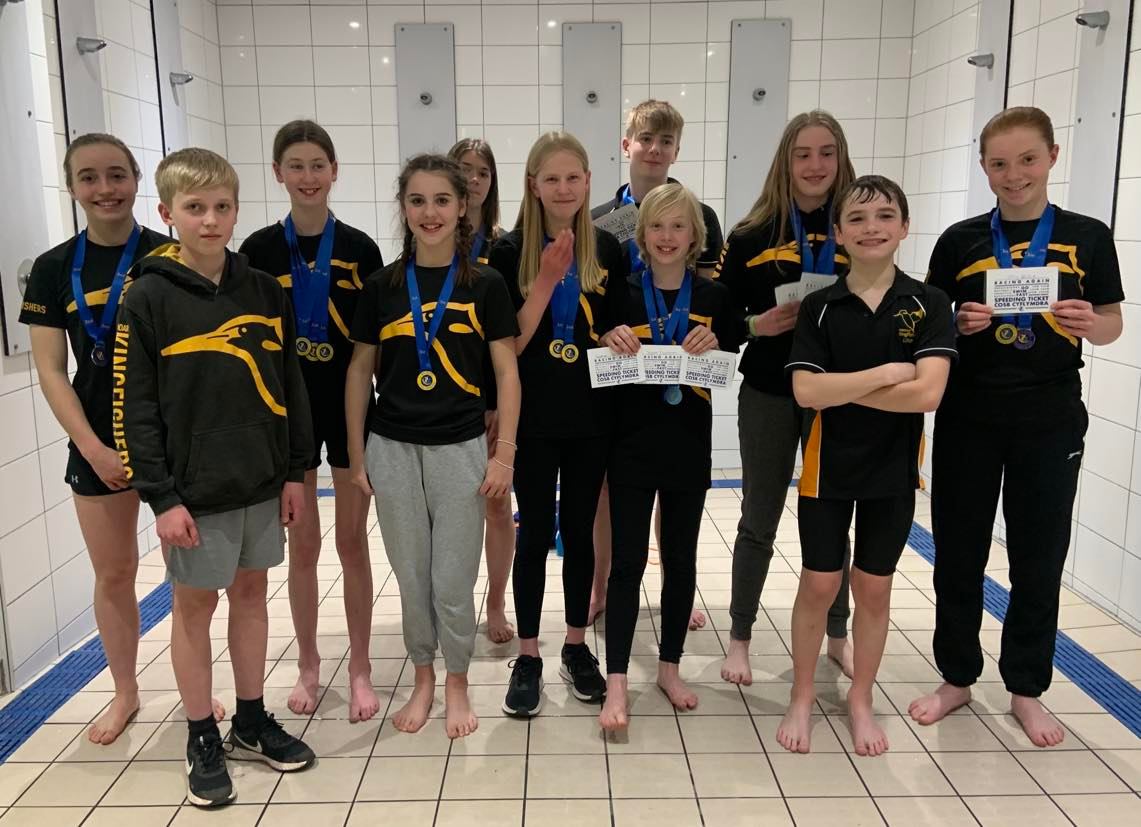 Cheddar Kingfishers proved that all the hard work and training has been paying off.  11 swimmers travelled to Cardiff on the weekend of 19th and 20th March to compete in the Tiger Bay Open Meet.

Gold medals were won in a variety of races, 13 year old Zara Bird winning 1st place in both 50m and 100m Back, with 11 year old sister Fay coming first in the 200m Breast. The sisters also won silver medals in the 200m Back for Zara, and Faye finished second in the 100m Breast.  Izzy Brock had a successful meet, swimming in her first ever open meet coming second in the 200m Breast and winning another gold medal for the Kingfishers team in the 100m Breast.  Sophie Constantin also swam a very fast 200m IM to win 1st place, and came 3rd in the 400m Freestyle for the 11 year olds. Keira Reed-O’Grady also won her first gold medal in the 100m Free in her age category for 12 year olds.  Bronze was awarded to 14 year old Grace Hurst in the 800m Free, and 12 year old brother Louis swimming a massive PB in the 50m Back.

Grace Hatherall won 2 silver medals in the 50m Back and the 200m Free in her age category, with bronze medals also awarded to Isaac Nicholls in the 100m Fly and the 200m Free, and also for Jemima Seagrove in the 50m Back.  12 year old Dylan Wines also swam fantastic races in the 100m Free and the 50m Fly, gaining 2 massive PBs, illustrating his grit, determination and commitment to training.

Over the course of the 2 days, Cheddar Kingfishers won a fantastic 6 gold medals, 7 silver medals and 4 bronze medals, with an amazing 27 PBs from the 11 swimmers.  Head Coach Jeff Hill was very pleased with the fantastic swimming from the Kingfishers team.