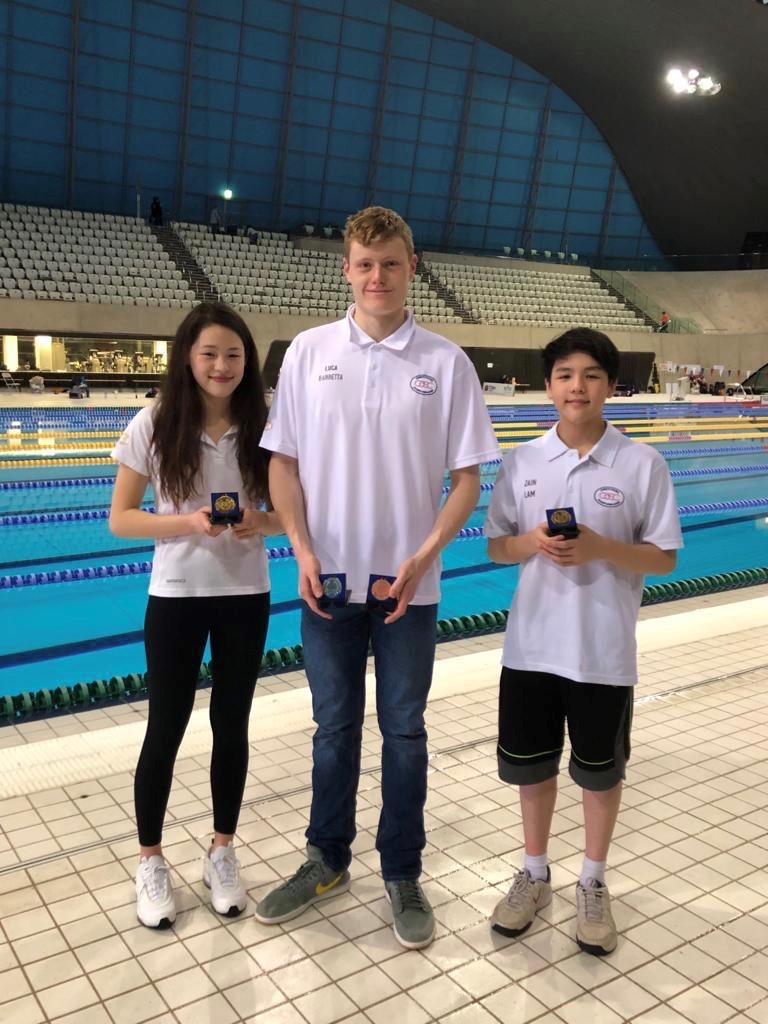 The 23rd-24th February was the final weekend of the Surrey County Swimming Championships at the London Aquatic Centre, and they proved to be a magnificent triumph for Croydon Amphibians, adding six medals in a single day to their tally for the Championships.

Zain Lam had the best day winning three consecutive Gold medals in the 13-year-old boys 50m Breaststroke, 50m Butterfly and 50m Freestyle. This included winning the 50m Breaststroke by a staggering 1.5 seconds. These medals added to the two Gold and two Bronze medals that Zain had won earlier in the championships.

Other Croydon Amphibians medal winners this weekend included Ava Kelly who also won Gold in the 50m Breaststroke, reinforcing her position as the fastest 13-year-old girl at Breaststroke in the country, winning her race easily by 1.4 seconds.

The weekend also saw other great performances from Croydon Amphibians, with 10-year-old Joshua Dolling, just missing out on medals in the 50m Backstroke and 50m Butterfly, despite it being the first time he had competed at county level and the first time he had swum in a long course (50m) pool. Other Croydon Amphibians who made finals this weekend were Tay Blair, Zachary McLennon-Defoe and Anna Woolley, all with personal best times.

“I am immensely proud of all of our swimmers who performed magnificently this weekend, and I could not have asked for more from them. It has been a great championship for Croydon Amphibians, and this weekend demonstrated the fantastic spirit and camaraderie amongst the swimmers with everyone of them supporting and encouraging one another, and our older swimmers taking the youngsters under their wing and helping them prepare for their races.”