15 Years and Over Regional Report

Staines swimmers performed excellently at the 2019 15 years and over South East Regional Swimming Championships at High Wycombe. The South East Region is the largest of 8 regions in the country covering Hampshire and the IOW, the Channel Islands, Oxfordshire, Berkshire, Buckinghamshire, Sussex and parts of Surrey and Kent that are outside London. The region consists of 193 competitive clubs.

Swimmers secured 10 finals appearances, 9 being in the men’s open category and secured two Bronze medals in this age group. 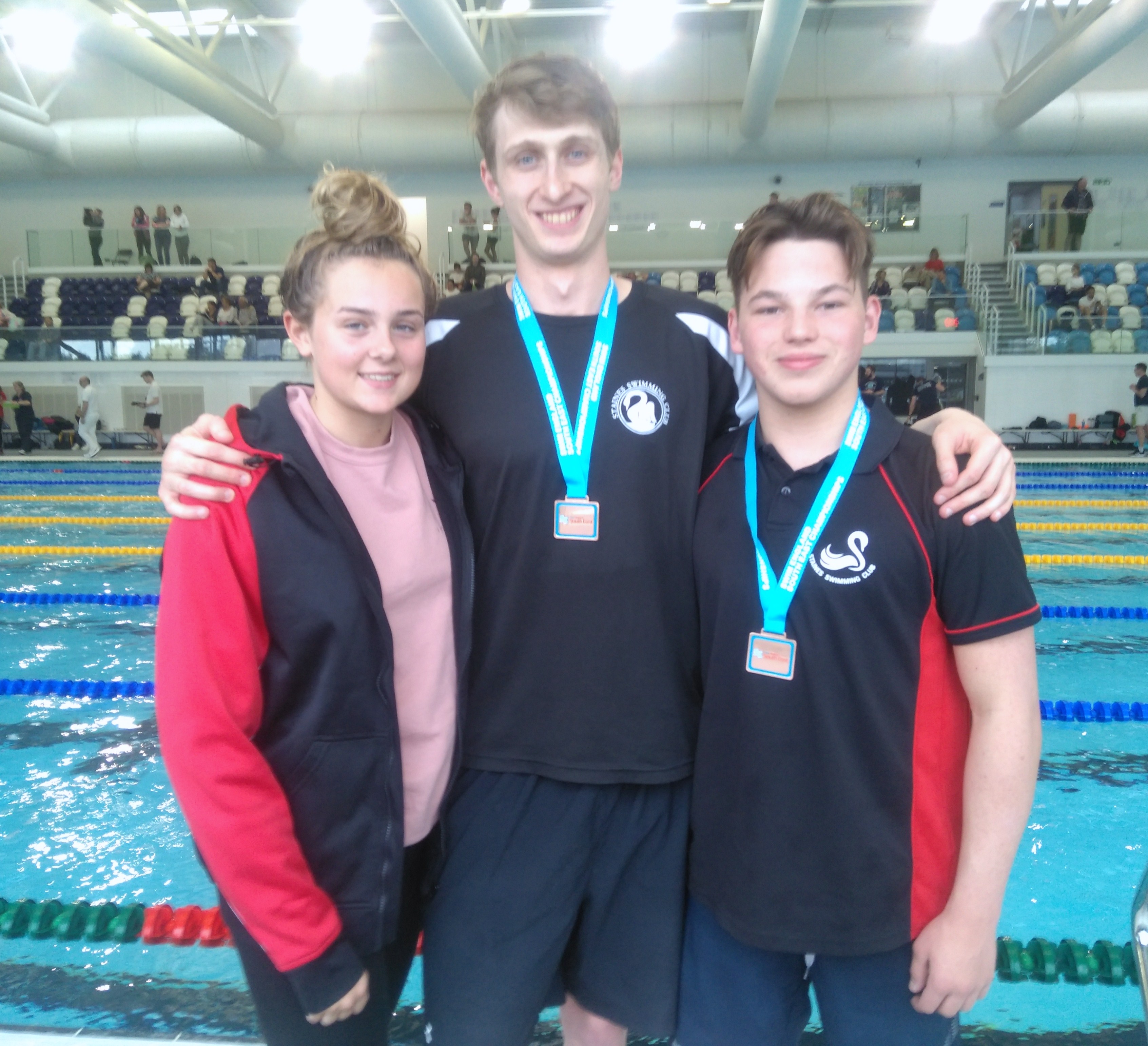 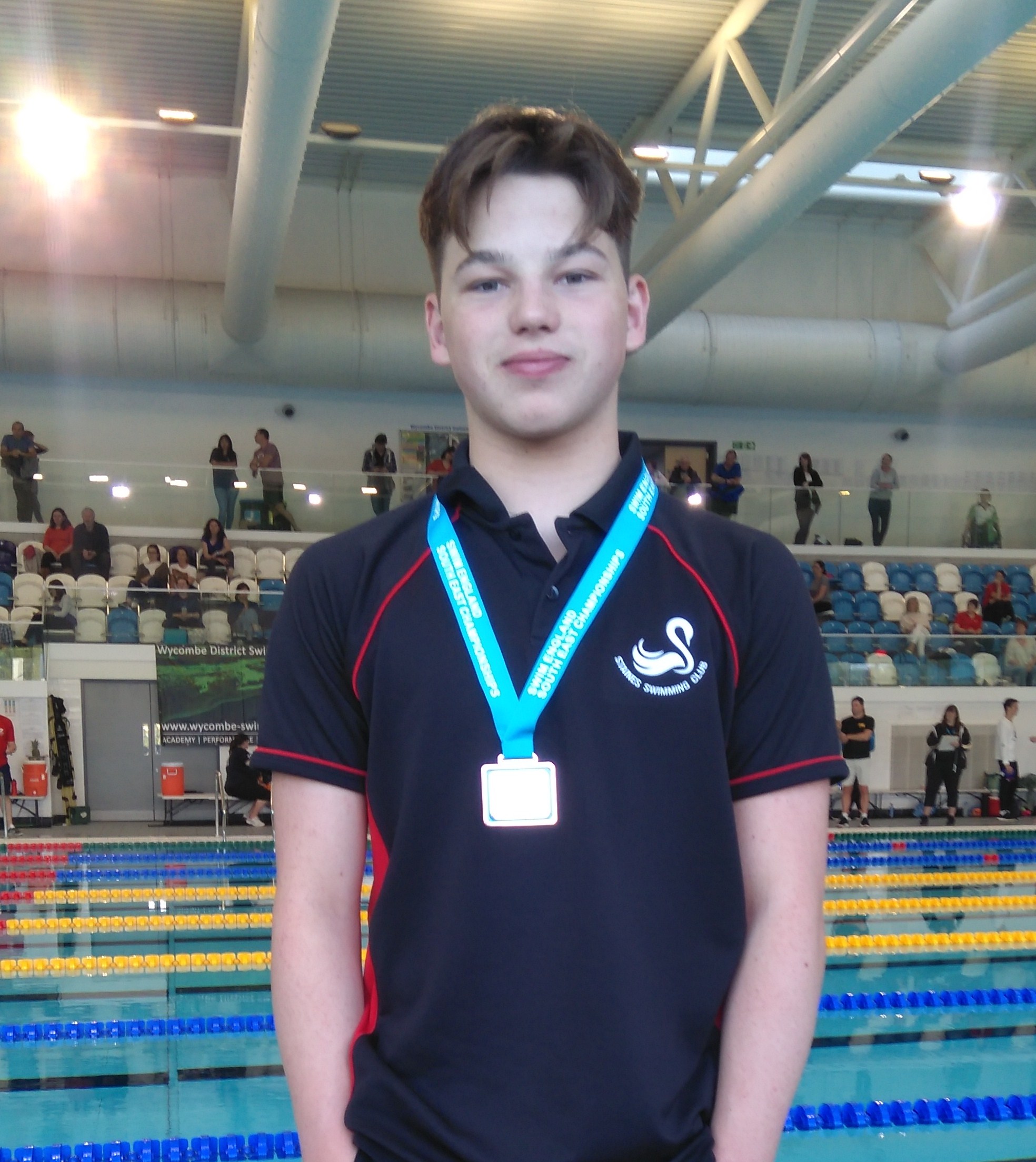 Dan’s last race was his favoured event the 200m Breaststroke and Dan secured a place in the final in 8th with a time of 2.30.48 in the heats. After some timing adjustments in the warm up Dan swam the race of his life from lane 1 securing a fantastic personal best of 2.27.85 and the Bronze medal in a very exciting race! Dan has now secured his place at Nationals this summer for the first time. Great credit must go to Dan for his efforts in training over the last 12 months taking just shy of 9 seconds off his personal best and securing 3 regional finals this year one being at the short Course Winter Champs.

Dan now has Nationals to look forward to in the summer and another final to aim for. 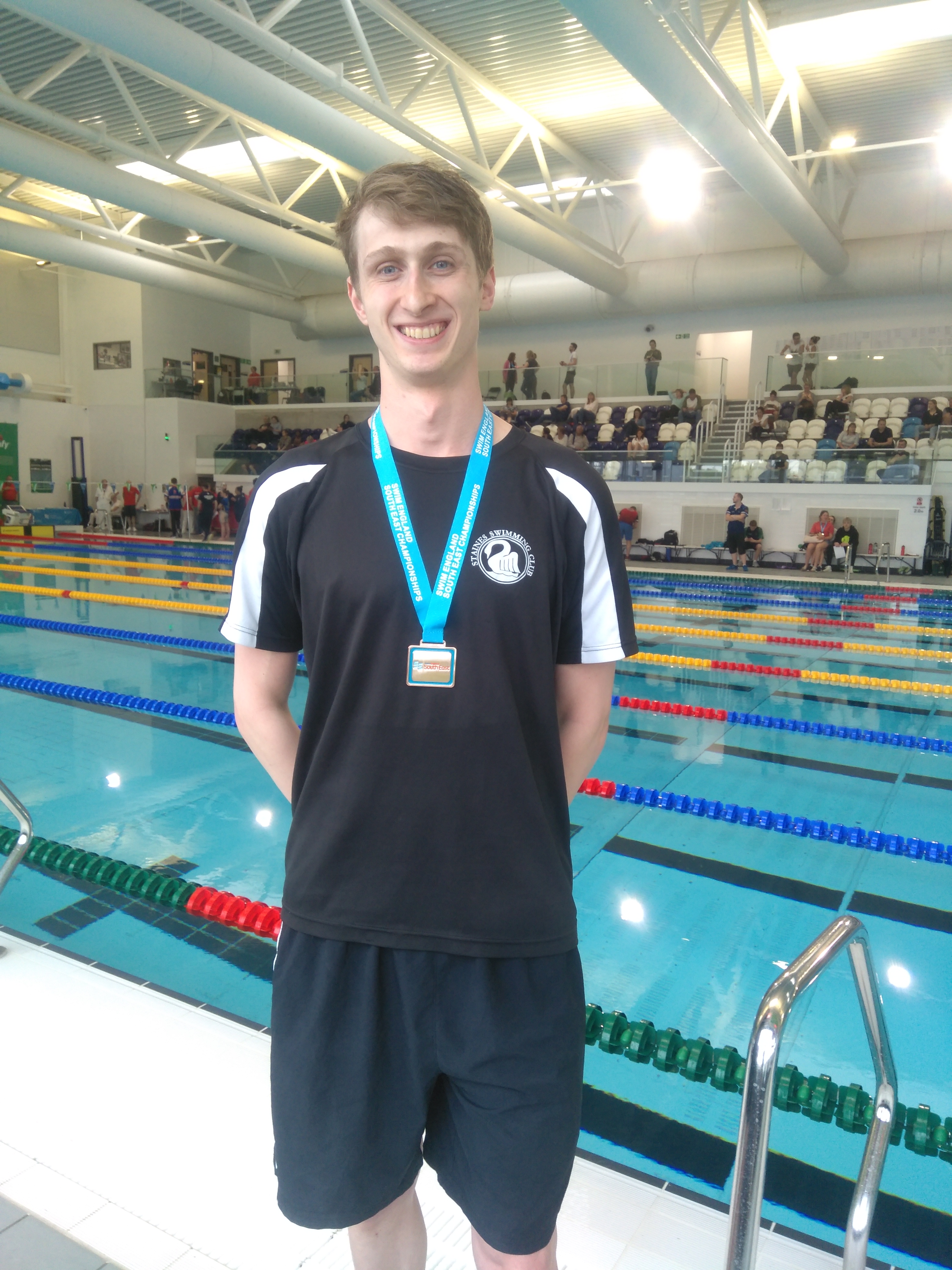 Kieran Adams (17) also in his first year in the open age group and only second year of Regional qualification secured an impressive 1.5 second personal best in the 200m Freestyle finishing in 2.03.85 in 21st place. Kieran also broke the 26 second barrier for the second time in the 50m Freestyle with a time of 25.94 finishing in 33rd position.

Ana Stevenson (15) has had an injury hit season but performed well at Counties to secure a place at Regional’s in her favoured 50m Butterfly. Ana swan slightly off her personal best to finish in 31.97 in 25th place.