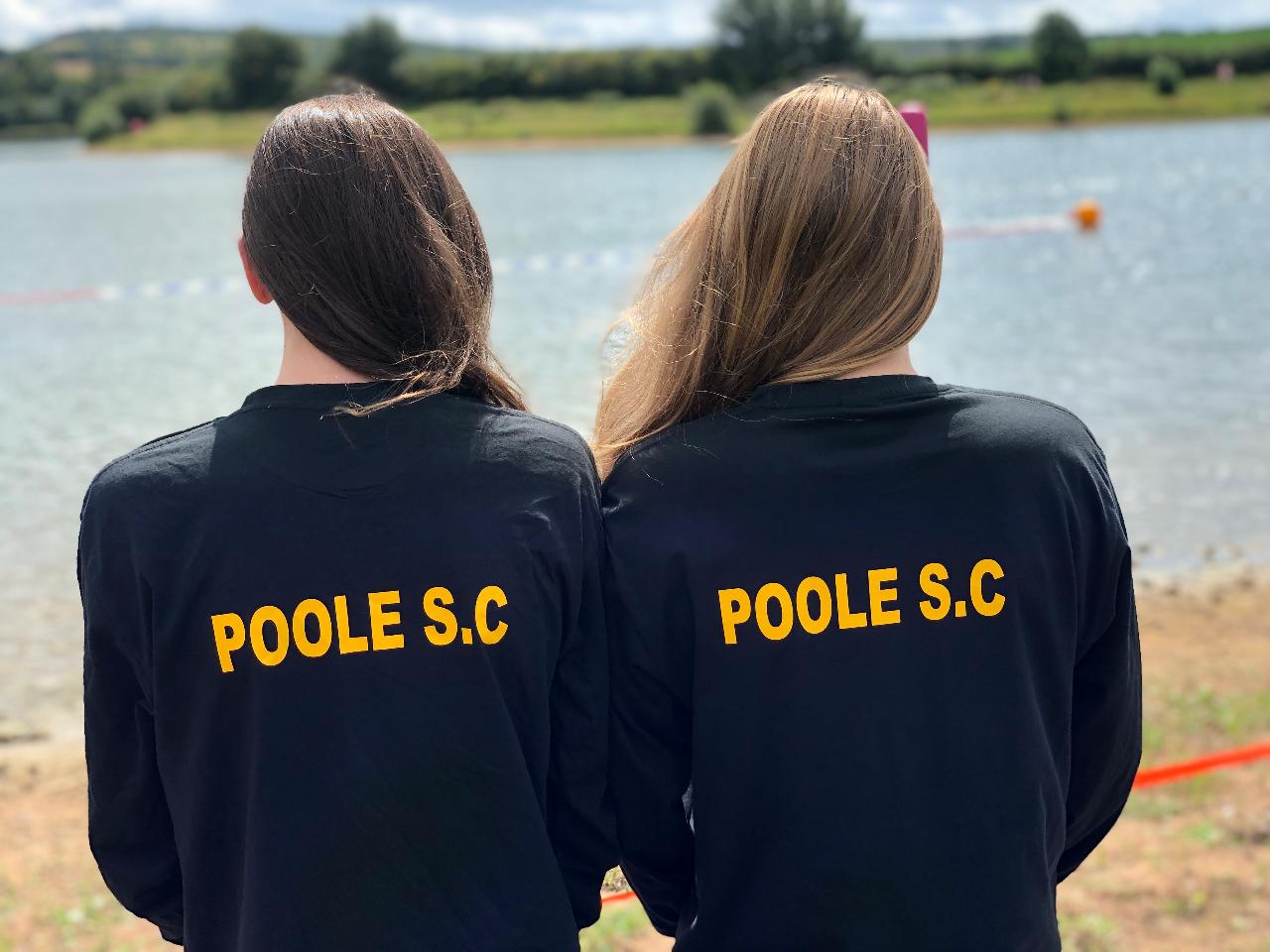 After a season of the squad dealing with various circumstances including the South West Open Water qualifying champs being cancelled and the venue of the National Open Water Championships being switched, the squad arrived at the new venue of Thrybergh Country Park, just a few miles down the road from the orginal Sheffiled Venue in neighbouring Rotherham.

The National Open Water team had done well in such circumstances to arrange another professional event.

The venue was a picturesque choice and after a morning shower, the sun beamed through. The PSC team set about preparing for their events

The 5k was up first followed by the 3k and then the 2k swims. Waves set off roughly 15minutes apart depending on age and gender. The course was 1km in distance and set out triangular, with athletes swimming anti-clock wise.  The swans, geese and local wildlife were joining up in the warm up section,  much to amusement of the crowd.

Miles was up first in the youth race and by the end of the first lap was within the second pack of competitors, tricky to see progress with the blinding sun, in a day of all seasons, parents and team mates cheered Miles on and eventually with a sprint finish into the funnel Miles touched in 13th place, a respectable position in a strong field. 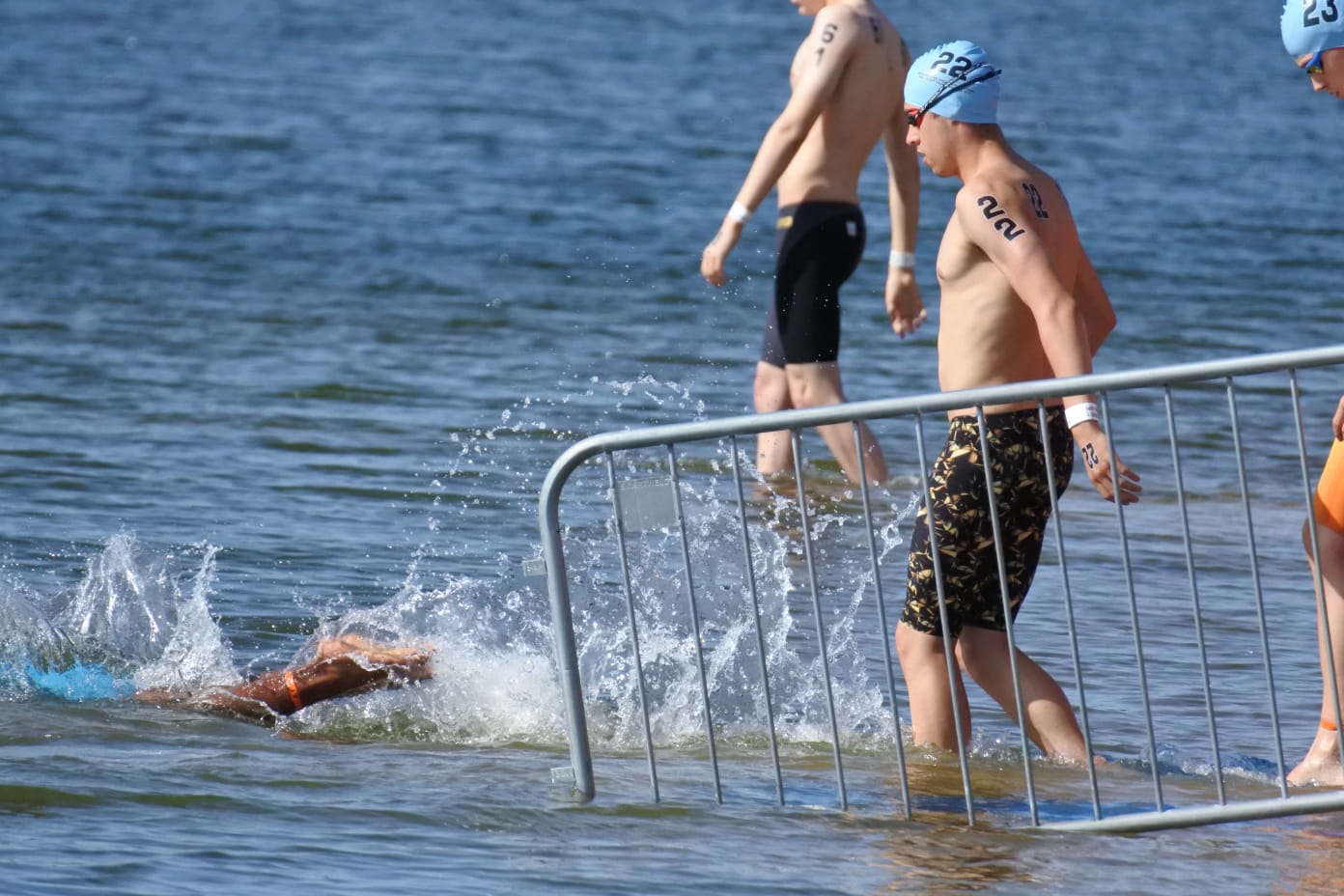 A couple of waves later Teagan set off with the youth girls, on this occasion due to a break,  at the same time as the 19+ Males, in a good battle all the way round Teagan moved from 11th on the first lap to eventually finishing 8th in her best National Open Water result and noteably ahead of some of the men she started with. 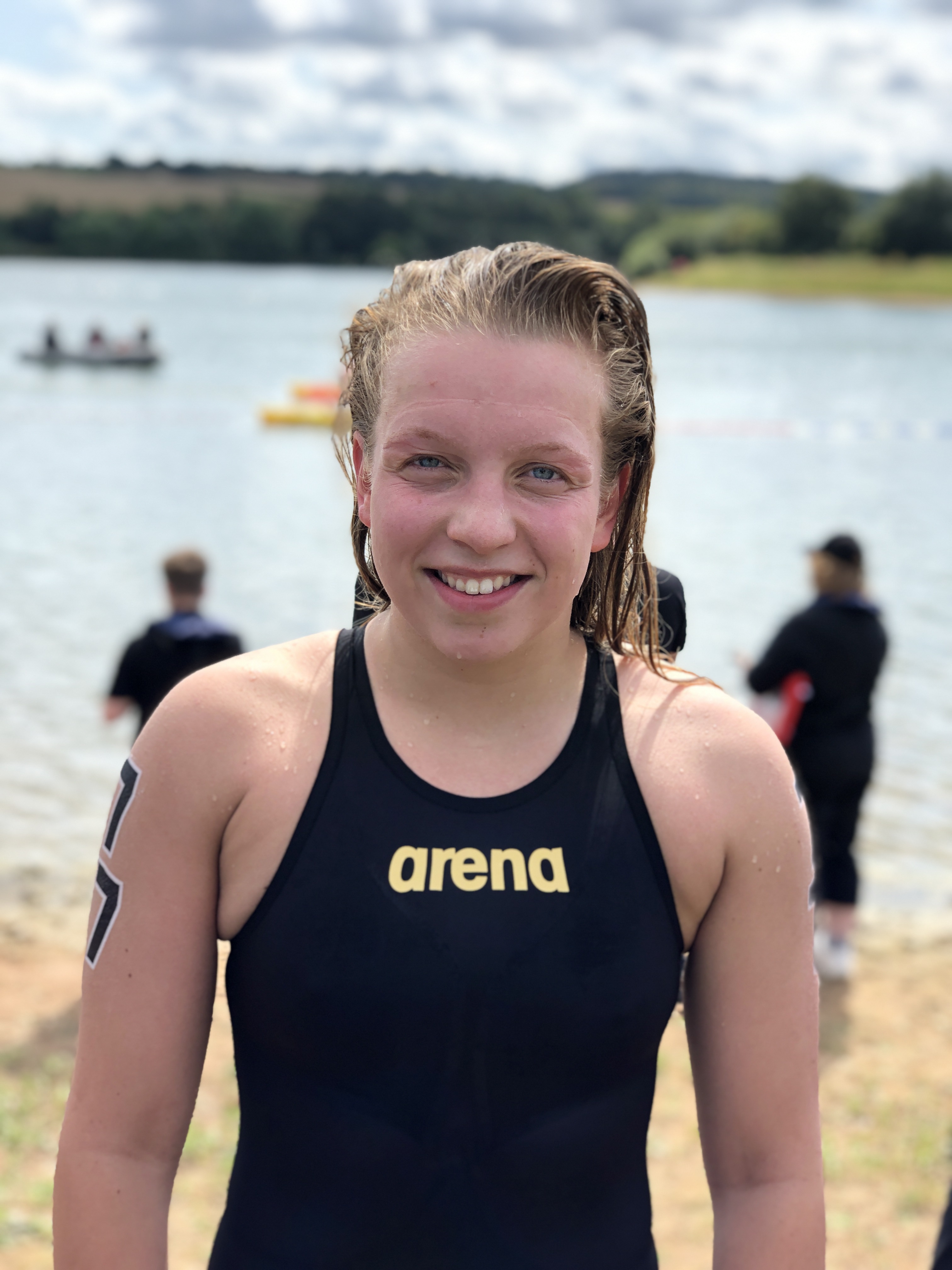 The final 5k wave had Thea and Kath (who has trained at Birmingham University since January) headed off together.  In the early stages of the race 4 girls broke away allowing Kath and Thea to swim together for the next two laps in 5th and 6th position, well ahead of the third pack, they briefly swapped positions around lap 3 then Thea slightly broke ahead but the pair came through the finish in 5th and 6th  to earn strong results in the open age group. 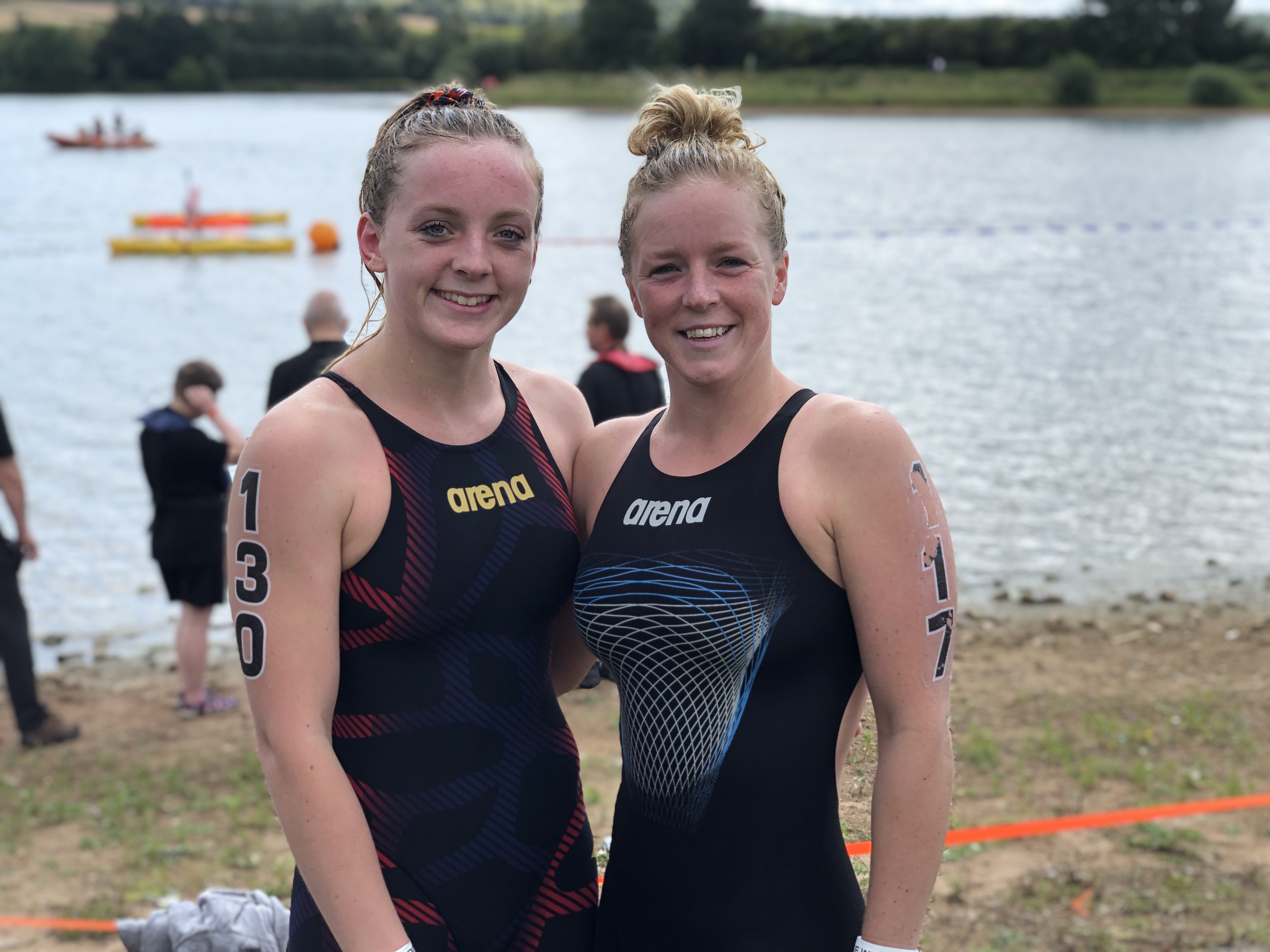 In the 3k event Aimie and Alex set off in the same wave, with Alex starting in the middle of the start line and Aimie to the right, it was unclear which strategy worked and by the end of the first lap behind a clear 3 out in front, a group of 12 spreading out in a pack including Aimie and Alex.  By the end of the second lap Alex and Aimie were still within the pack with Alex a couple of places ahead of Aimie.  By the last lap a great battle saw Alex touch in 9th position and Aimie in 12th in what was a close field, both making the top third of all competitiors.  Great Efforts. 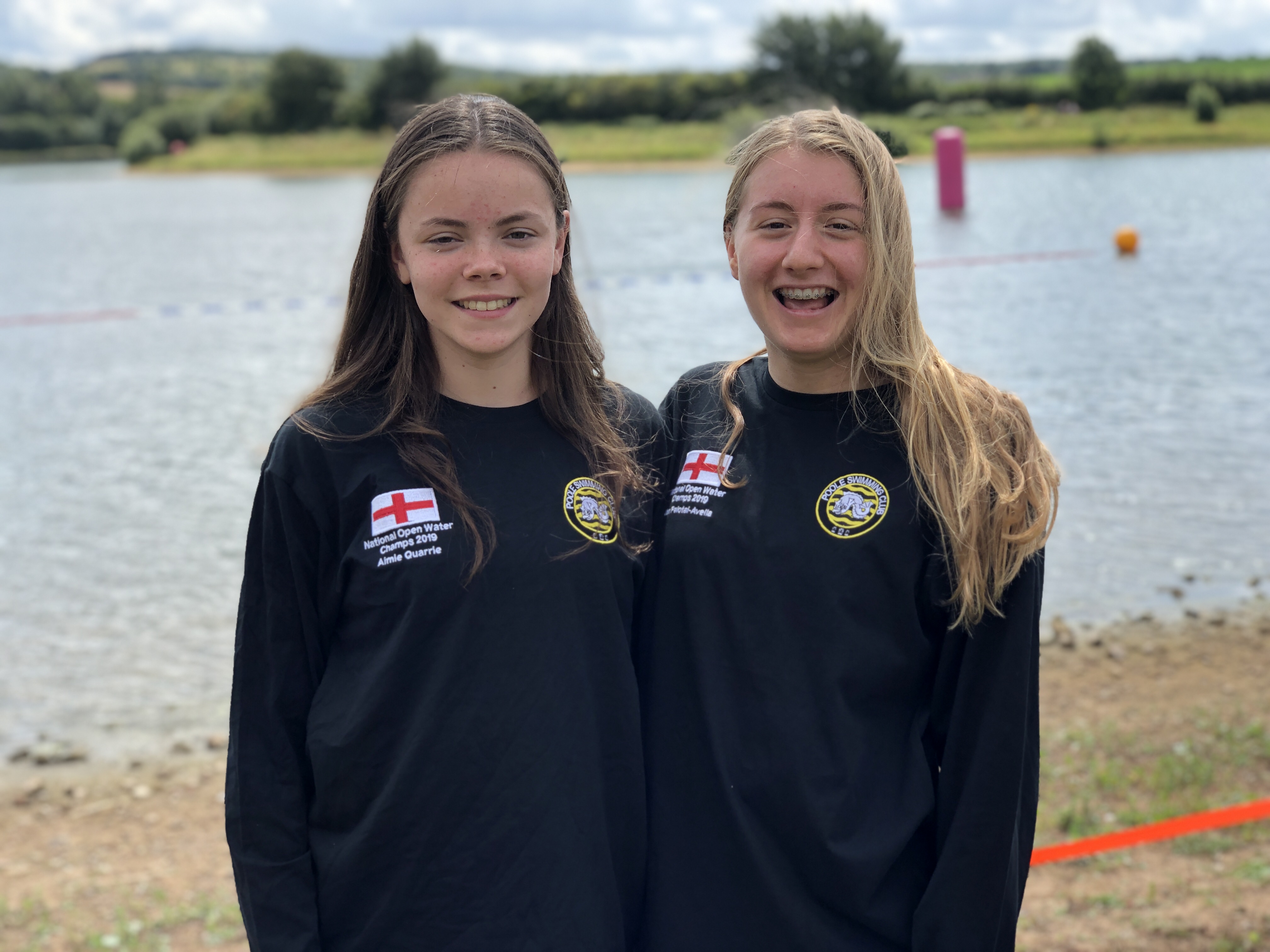 The last race of the day for Poole saw Xavi W dive in for the 2k swim. The race spread across two packs and Xavi by the end of the first lap was in the second pack and stayed there fighting with brilliant effort all the way round the second half and finished in 18th position overall. Again a great result in which the biological difference between athletes was huge. 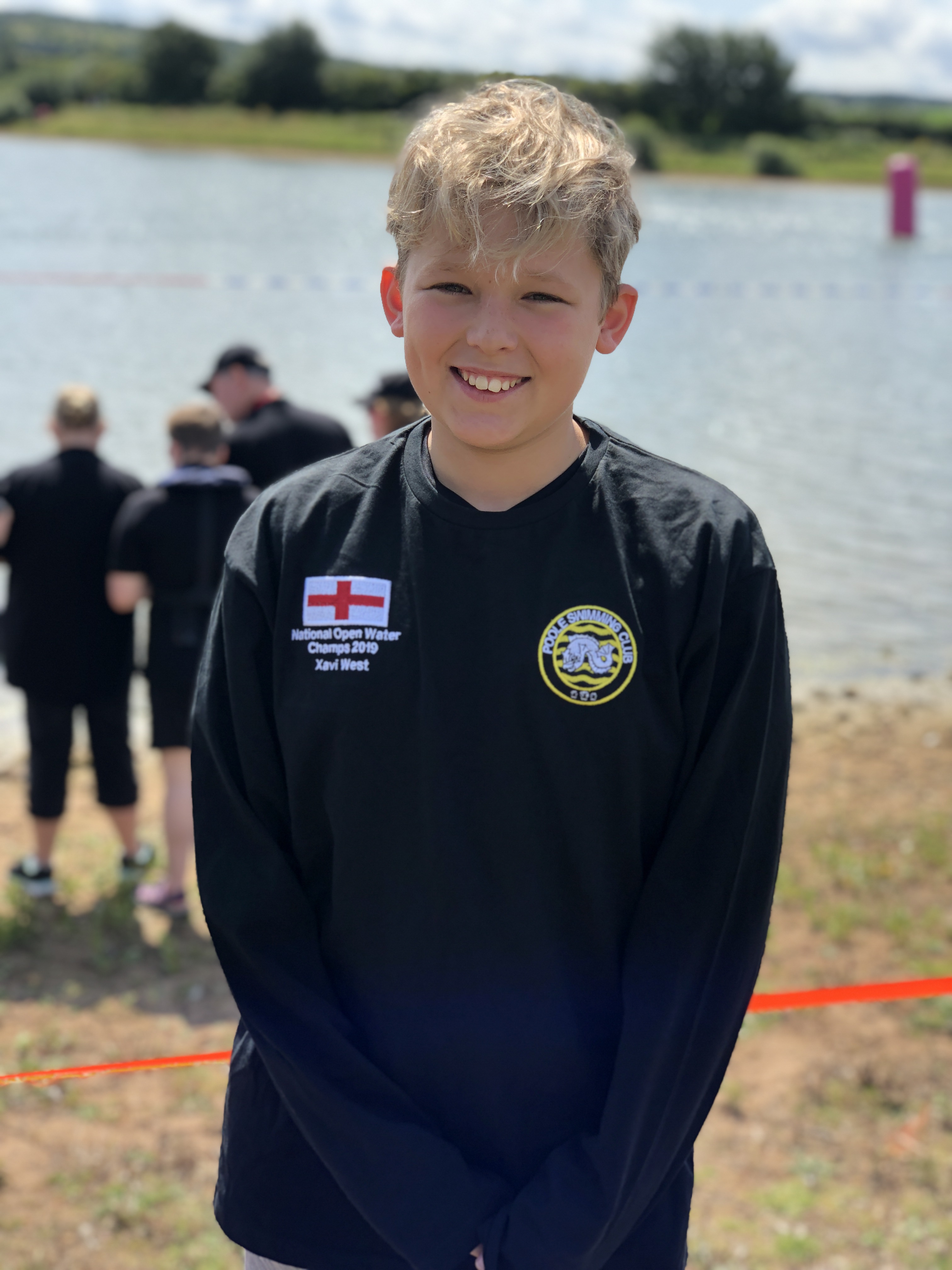 Coach Jacqui was pleased with the results where all the swimmers made the top half of races and had prepared well.  Commenting “these swimmers have worked so hard all season and not had it easy back in the sea at Branksome, so to come up here and see them fighting with the best in the country is super rewarding”

A big thank you to the parents supporting too.

Another huge thank you goes to the Open Water team of Danny S, Jacqui H, Andy and Glyn who have ran the Open Water training with so much drive and passion, volunteering a lot of time and expertise to do so.  The club is hugely grateful.

With the rearranged South West Open Champs and Club Open Water Festival in September on the horizon we look forward to some great fun and inviting more swimmers to enjoy this amazing and unpredictable sport.