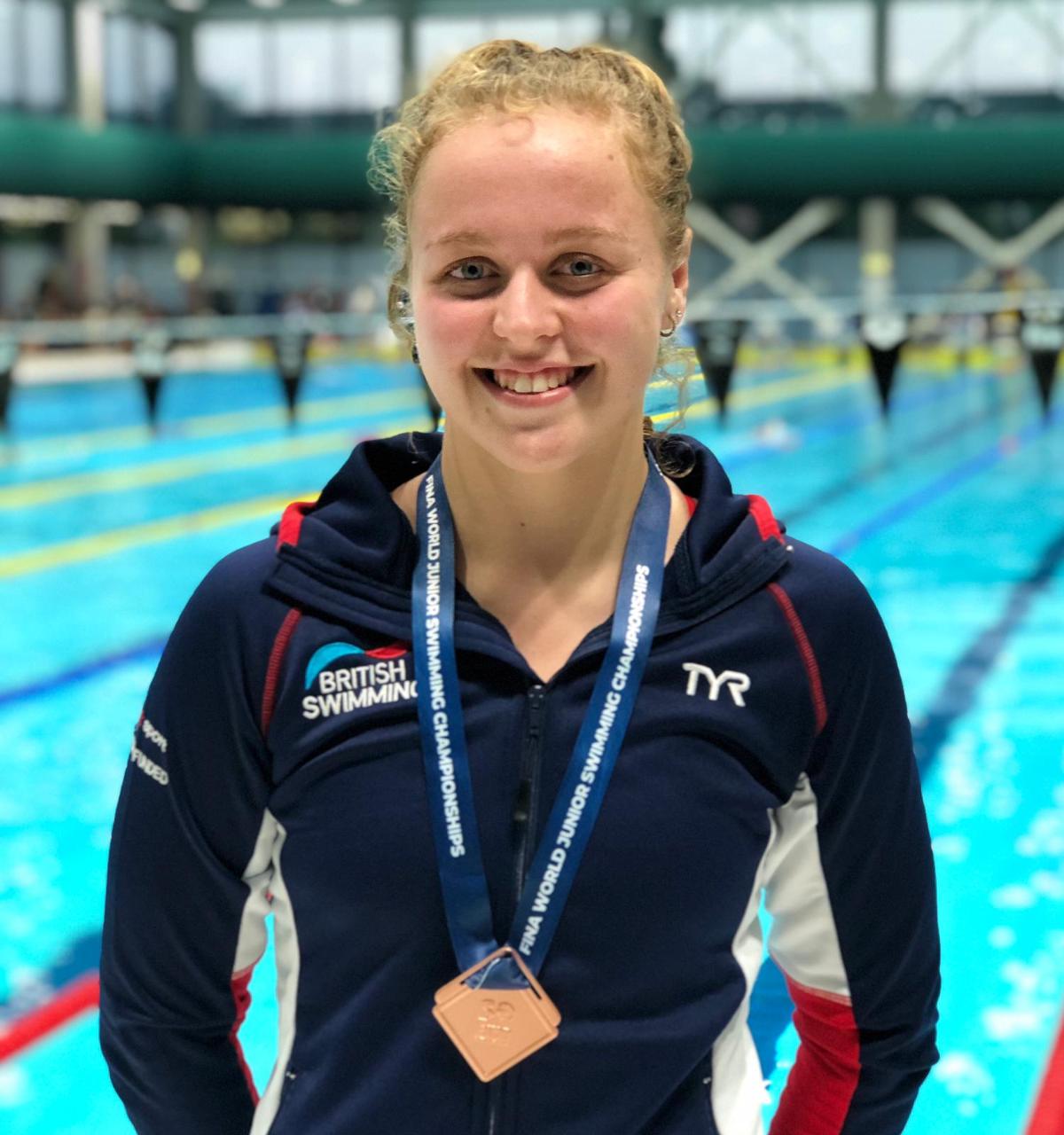 Well, What a week it was for Michaella Glenister as she absolutely demolished her previous personal best times while taking on the best under 18 athletes in the world. Facing athletes from across the globe, and having one of the busiest programmes on the British Swimming team, Michaella Glenister showed improvement on every race and in every event which she competed in, and brought home a bronze medal from her main event in the process, but let's walk through the week shall we...

Heats - Going into the heats ranked 9th, Michaella knew she had to perform in order to make the final (Which contains only the top 8 athletes) and not only performed but won her heat and qualified for the final in SECOND place after a stunning heat swim of 4.43.27.

FInals - No doubt nervous going into the first finals session ranked in the medals position, Michaella took it in her stride and once again put together an absolute stunning swim in a cracking race as she finished in 3rd place. Her first foray under 4:40.00 (Finishing in 4.39.35), a barrier for any aspiring world class female 400m Individual Medley swimmer, and only fractions behind the Spanish and American athletes in 1st and second and only 0.3 seconds outside the previous World Junior record which stood at 4.39.01 before the final. An Incredible race.

With the 800m Freestyle a straight final (Top 8 qualifying athletes) and Michaella ranked 21st, she knew that she had to put her best foot forward in the morning heats and that is exactly what she did, once again showing an 8 second improvement to finish in 12th position overall in a time of 8.43.74

After a well earned day off, Michaella was on the blocks once again in the 400m Freestyle and once again her PB was sent tumbling as she won her heat, finishing in 12th place overall in a time of 4:15.30

On her final racing day, nothing more than the longest event in the Swimming Pool programme for Michaella as she stepped up for one of her favourite events in the 1500m Freestyle. Unsurprisingly by this point, she once again took a personal best time, finishing second in the fastest heat in the morning (With the afternoon 'fastest heat' to come) and completed her World Junior campaign with a fantastic 9th place, posting a time of 16:47.10.

An absolutely incredible week in Budapest for Michaella (Taking a whopping 19.56 seconds off her best times coming into the meet) and the British team as they walked away with 4 medals overall, many new friends and some absolutely incredible experiences to take them forward into their senior career!!!