Due to brilliant successes seeing Ryan consistantly gain top 3 places in the British Super Series, following the May event he qualified for the GB Youth team to compete in the Super League Triathlon series races held this year in Jersey at the end of September, with the second to be contested in Malta later this month. 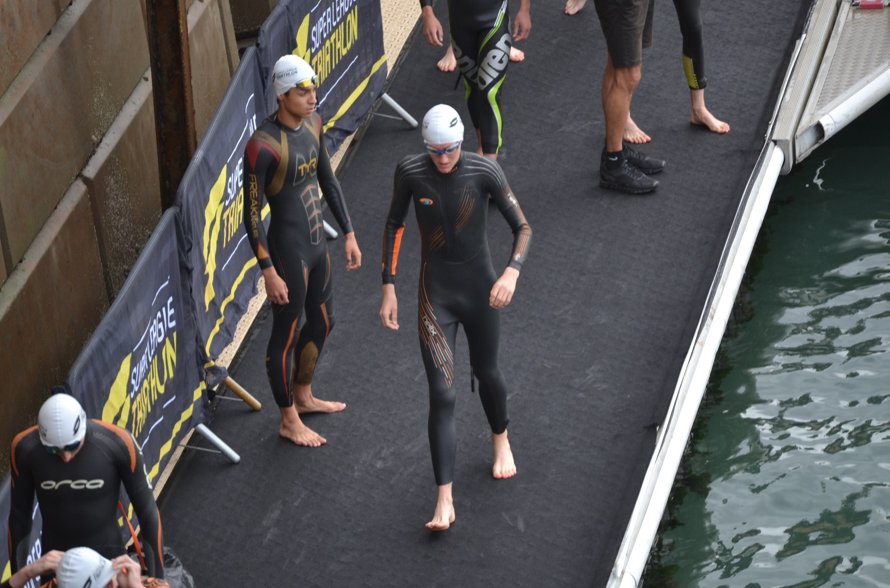 The Jersey race was a fantastic experience for Ryan due to the world’s best Triathletes’ racing at the same venue, many of whom were happy to pass on advice to the younger athletes and allow them to join in their swim and bike familiarisation sessions.

Poor weather on race day meant that the second swim was canceled leaving one swim, two bike and run legs, a disappointment to Ryan who relies on a fast swim to get off to a good start. Ryan exited the water 1st after a rough swim in which one athlete had to be rescued after 25m having been kicked in the shoulder incurring a dislocation, a second athlete had his zip strap pulled off and had to do the whole event including the bike and run in his wetsuit. The race was contested by athletes from 11 different countries depicted by their countries flag on the shoulder and leg as depicted below. 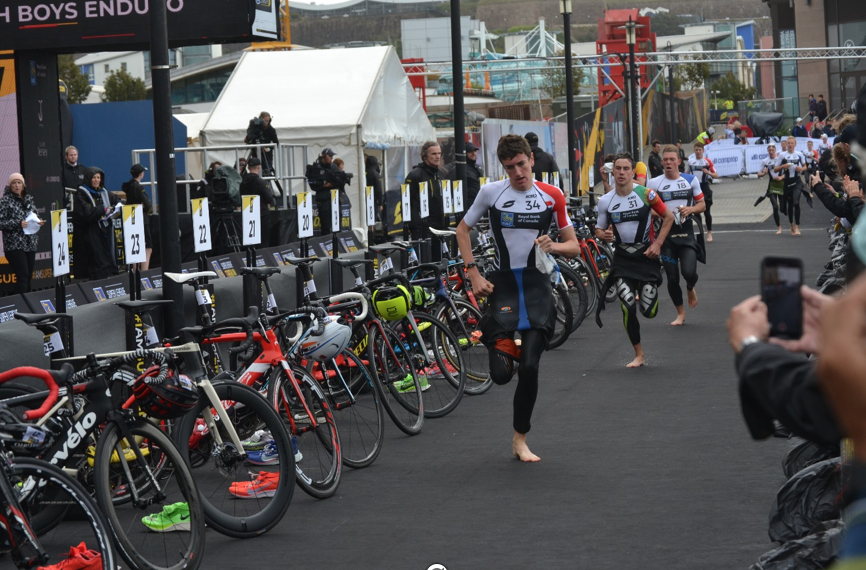 The event was dominated by a very good Portuguese athlete with a GB Youth second, and a Belgian 3rd. Ryan finished 7th out of 34 athletes (most of whom were in the next age group up).
Ryan’s final race of the season is in 2 weeks in Malta after which he will, over the winter focus on his swimming with Poole SC which has been instrumental for him this season. 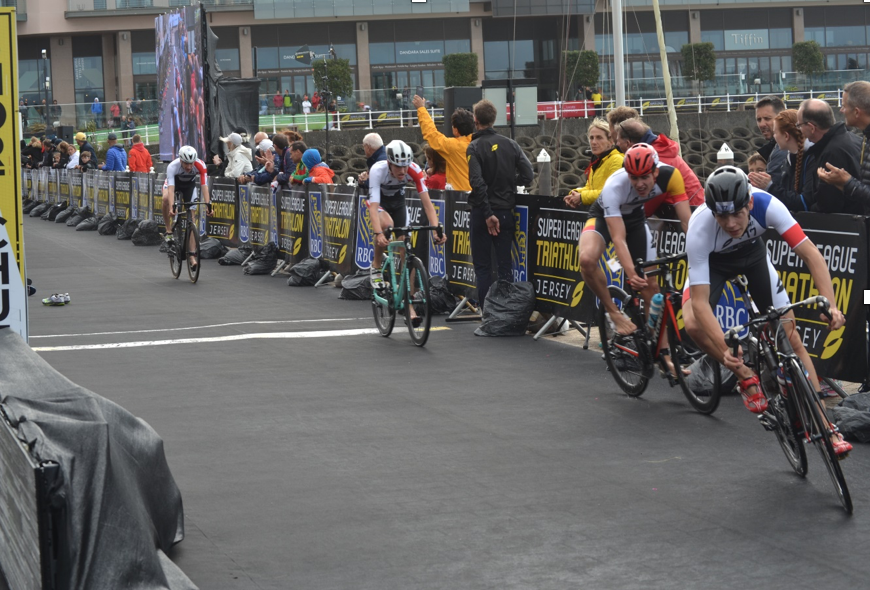 This results comes off the back of seeing Ryan qualify for the Swim England Next Generation Programme for Triathalon, a series of camps and racing opportunities delivered the highest rabked Youth athletes.  With Liam O finishing top ten in the British Super Series too, the club is proud to be working with high performing triathletes.