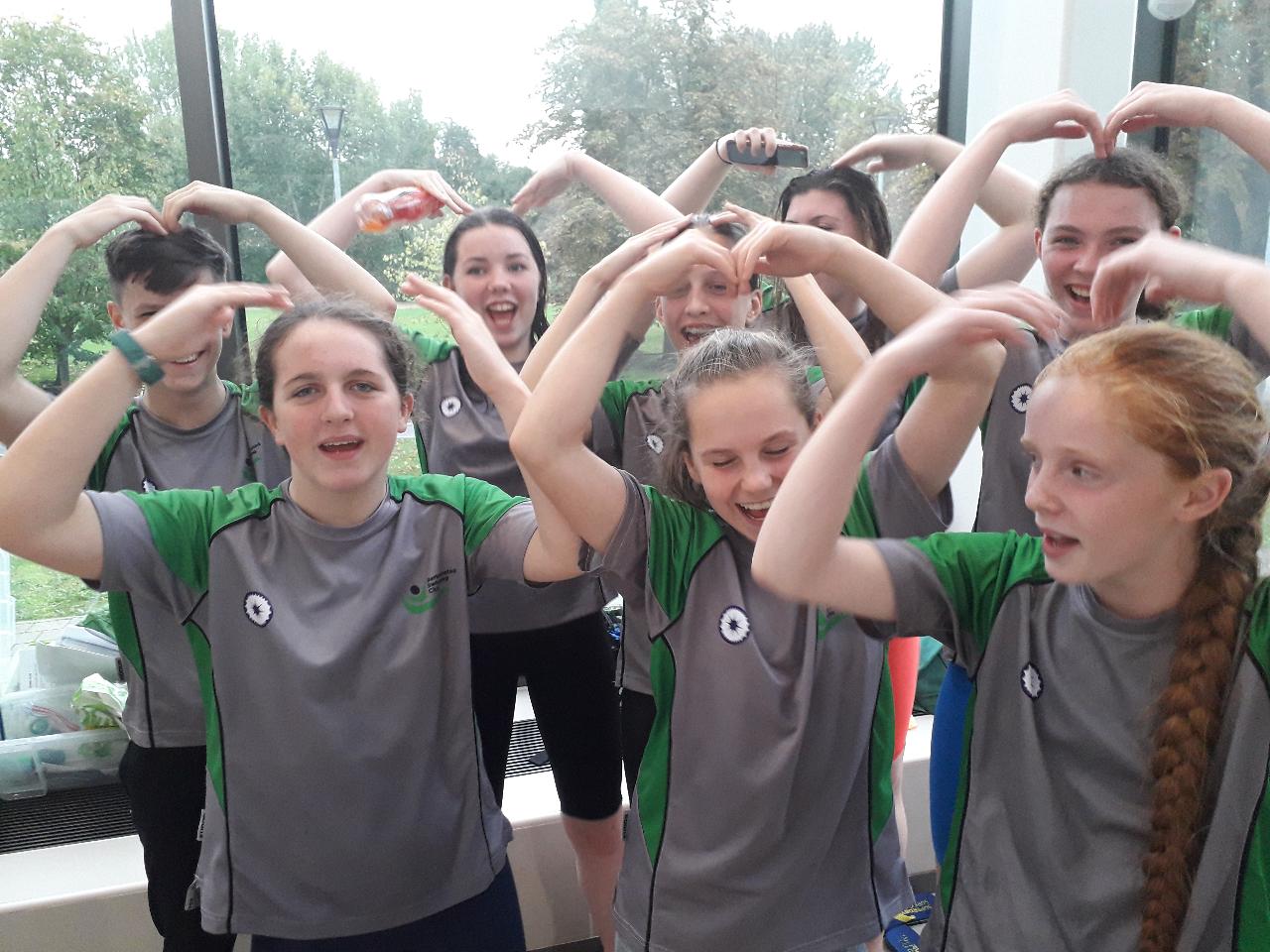 As the annual competition season gets fully underway some 20+ swimmers from Berkhamsted took part in the Harpenden FINIS Legacy open meet at Westminster Lodge across 2 full days of competition.

Amidst some excellent results there were the occasional disqualifications and much merriment in the party atmosphere engendered by the host club.

The meet began with one of the d/qs for Nell Coster, still a novice competitor but she took the positives from what would have been a 20 second pb but for a faulty turn in her 200m IM. There were pbs for sister Lara Coster who placed 3rd in her heat in 2:55.57, Mia Maslen-Wollington (3:04.06) & Lydia Wisely who improved 7 seconds to go sub 3 minutes for the first time in 2:55.57. First medal and County Consideration time (CCT) for 2020, in the meet, came from Tamsin Moren who pinched silver in 2:40.63 following a resurgent second half to her race.

Euan Donald, still on the recovery trail, was delighted with his bronze in a new pb of 1:05.41 in the 100m fly where he also took rd in a closely contested heat.

In the 100m IM Lawson & George Gray scored pbs of 1:4.18 7 1:27.39 respectively and Euan Donald was 5th in a CCT of 1:08.33. Meanwhile in his first Open Meet medley race Austin Clements took his d/q for another faulty turn in good spirit as his strokes looked really good for the whole race.

The boys’ 200m Free saw Austin Clements swim over 40 seconds faster than he has ever done before and Lawson Gray improved his best by 10 seconds to 3:05.35.

Caitie Walters was slightly disappointed with her 2nd fastest ever 50m Fly (37.63) after Emily Jones showed some untapped talent dropping 4 seconds to 44.06 and Abi Hewson claimed her first Gold, showing terrific underwater skills at the start and leading all the way to clock 32.87 a pb and a CCT.

Auston Clements finished the first day off by smashing 10 seconds from his 50m back best in 47.16 to end a great first day.

The second day saw Destiny Carnell swimming her best race technically in the 400m IM claiming 4th place in 6:35.23 and it was silver for Tamsin Moren in 5:46.93 (CCT) improving 8 seconds and finishing like a train moving from 7th after 100m to 3rd at the final touch.

In the 400m Free Alex Kalverboer nipped in for silver by lowering his best some 11 seconds, just missing the 5-minute barrier in 5:00.03 whilst Owen Strakosch clocked 4:29.64, taking a heat win, fastest time of the day and Gold in his age group. Both boys’ times were CCTs.

Alex Kalverboer claimed gold in the 200m Back with a CCT of 2:36.42. Then Chris Hughes blasted off the start leading everybody through the first half of the race before finishing with silver in 2:27.20 and Owen Strakosch came away with the bronze in 2:30.64, both swims again being CCTs.

Caitie Walters continued to flower in the 200m Free posting a 6 second drop for 2:40.40. Abi Briers showed her strength of mind slogging out a 2:28.86 CT and Lydia Wisely recent improvements continued with an 8 second drop to 2:35.02.

Alex Kalverboer pocketed bronze in the 50m Fly in 34.16 (pb) and Chris Hughes once again showed off his electric start before posting 30.39 for 5th. Both boys were CCT times and when Chris Hughes allies some more endurance to his undoubted speed he will be force to be reckoned with.