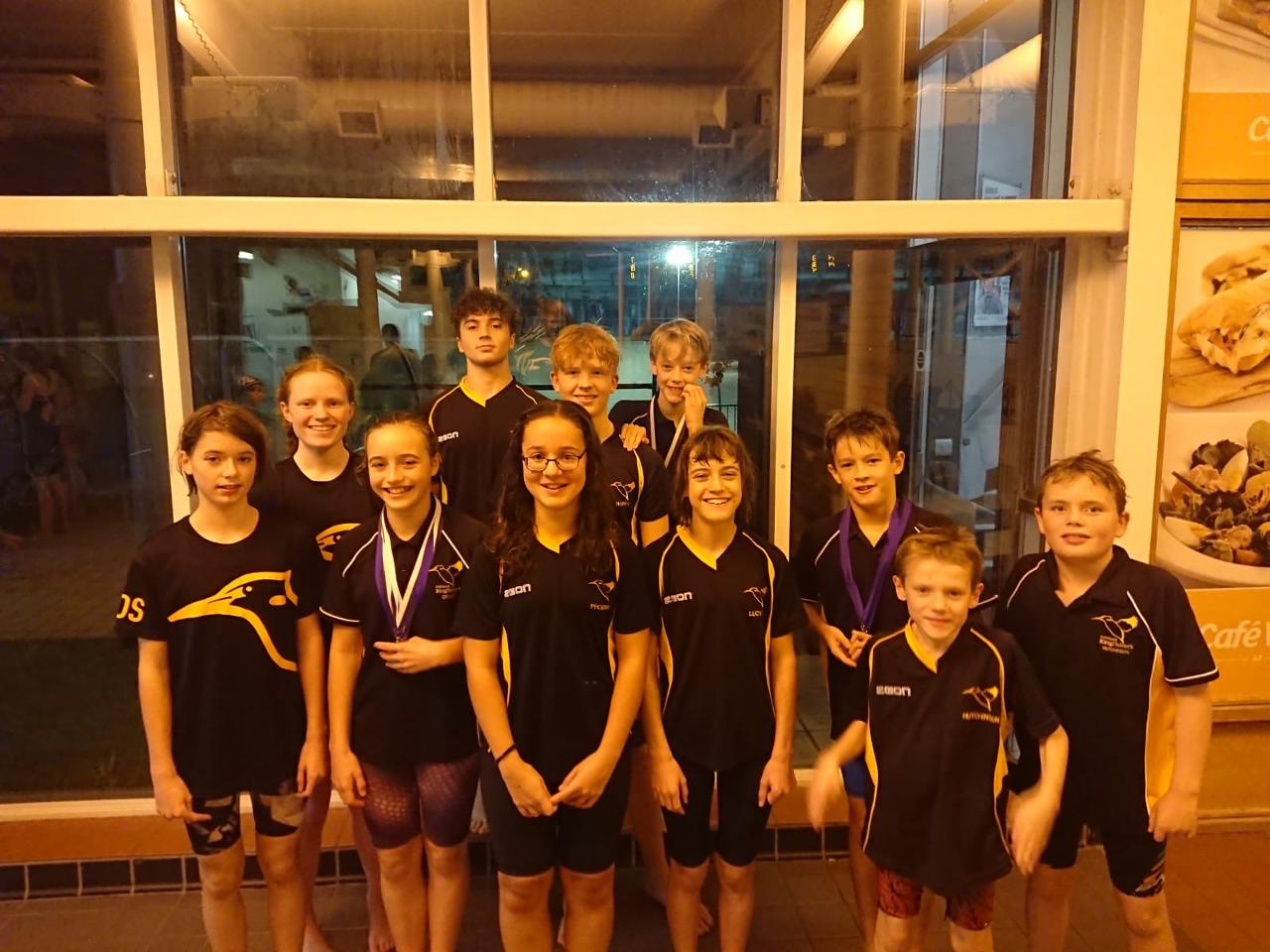 A total of 22 swimmers from Cheddars Kingfishers Swimming club went to Hutton Moor on the weekend of 19th and 20th October. A massive 41 races saw finishers in the top 6 and some also achieving County 2020 times. 59 personal bests were gained and in the boys 50m Fly 15 and Over age category, Harry Read, Sam Easton and Alexander Wahab took Gold, Silver and Bronze respectively. The 50m Fly race also saw amazing swims and PBs from Naomi Pollard and Jemima Seagrove, along with a PB and silver medal for Grace Hurst in the 200m Fly. Anna Banks, Charlie Halford and Sam Hutchinson achieved personal bests in the 200m Breaststroke, with Finley Halford swimming to bronze and Grace Hurst winning silver. Banks also had a personal best for the 50m Free, along with swimmers Charlie and Finley Halford, Sam and Josh Hutchinson, Cassidy and Isabella Iles, Keira Reed-O'Grady, Lucy Todd and Wahab; Read also got a PB along with a silver for the 15 and overs with Megan McClumpha getting gold for the girls.

The 50m Breast race saw massive PBs for Ewan McClumpha, who swam a strong race after coming back from injury, Zara Bird, Patrick Forrester and Seagrove. Medals were collected by C Halford winning bronze, F Halford and Read both collecting silver medals, and Hurst winning gold. More PBs were gained by Grace Cadwallader in the 200m Free, 50m Back and 100m Fly on the second day of the meet. The Easton brothers also had great swims on the Sunday, Josh getting a PB in the 50m Fly and Sam winning bronze in the 200m Back, also back from injury.

More PBs were had for Seagrove over the weekend in both the 100m and 200m Backstroke races. Those who swam the 200m free, Phoebe Hillman, Hurst, S Hutchinson, and Seagrove all smashed their times and in the 100m Free Forrester, E McClumpha, Seagrove and Todd all swam PBs, Read winning a silver medal. More time improvements were had for Banks, C Halford, S Hutchinson and C Iles in the 100m IM, also in the 200m IM for Seagrove and Hurst. In the Back stroke races, Seagrove and the Hutchinson brothers got PBs in the 50m, M McClumpha winning silver in the 50 back and Hurst winning bronze in the 200m back. The 100m Breast saw great swims and PBs from Forrester, C Halford, Seagrove and Todd, and both Read and Hurst swimming to silver.

As a club, Cheddar Kingfishers came 8th out of the 15 swimming clubs entered, winning 136 points in total. A very successful weekend of swimming for Cheddar Kingfishers, The Big Cheese, Jeff Hill was very pleased with the teams swimming, reaping the rewards of their hard work in training.