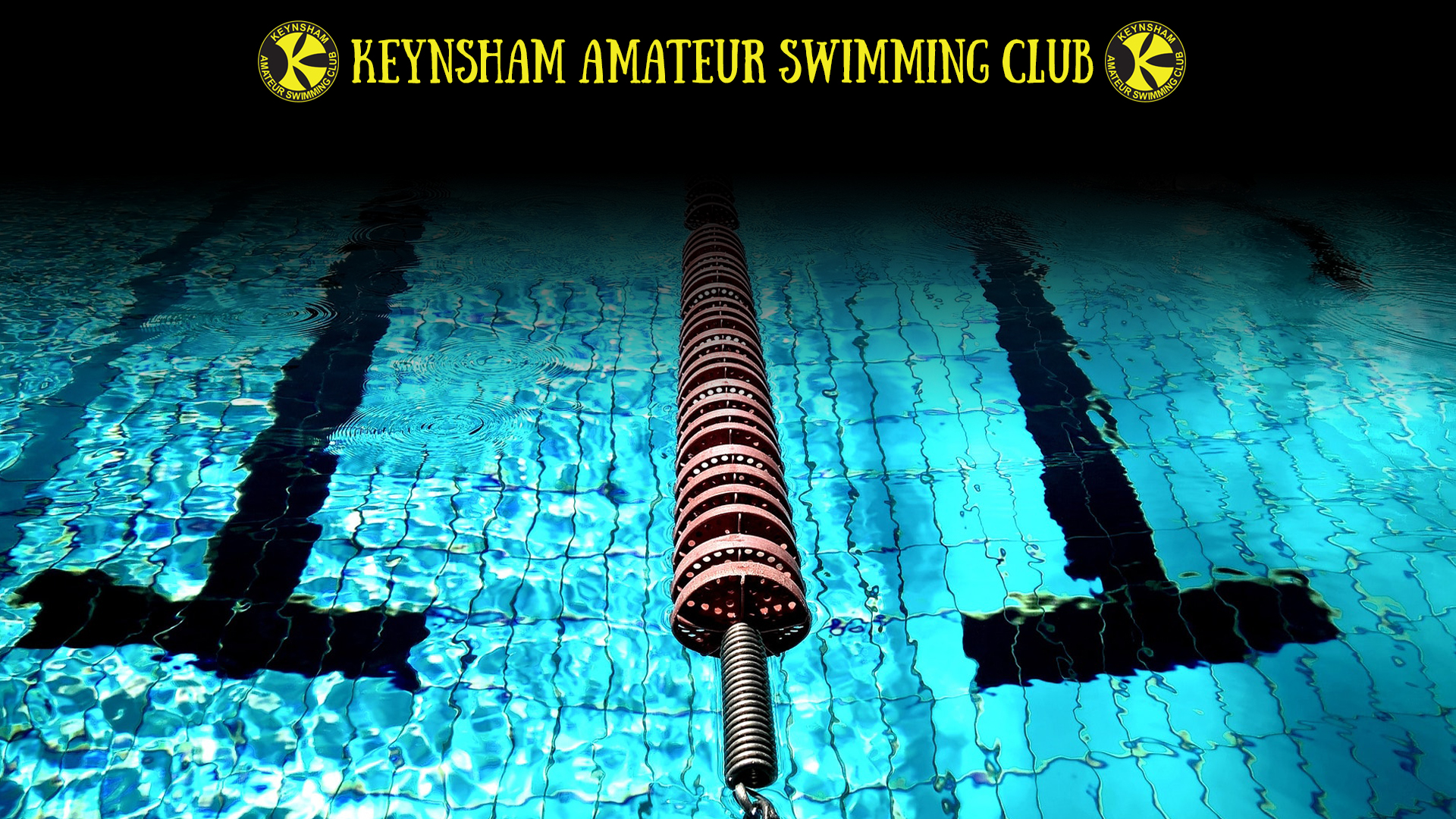 A Village Club: A history of Keynsham Amateur Swimming Club 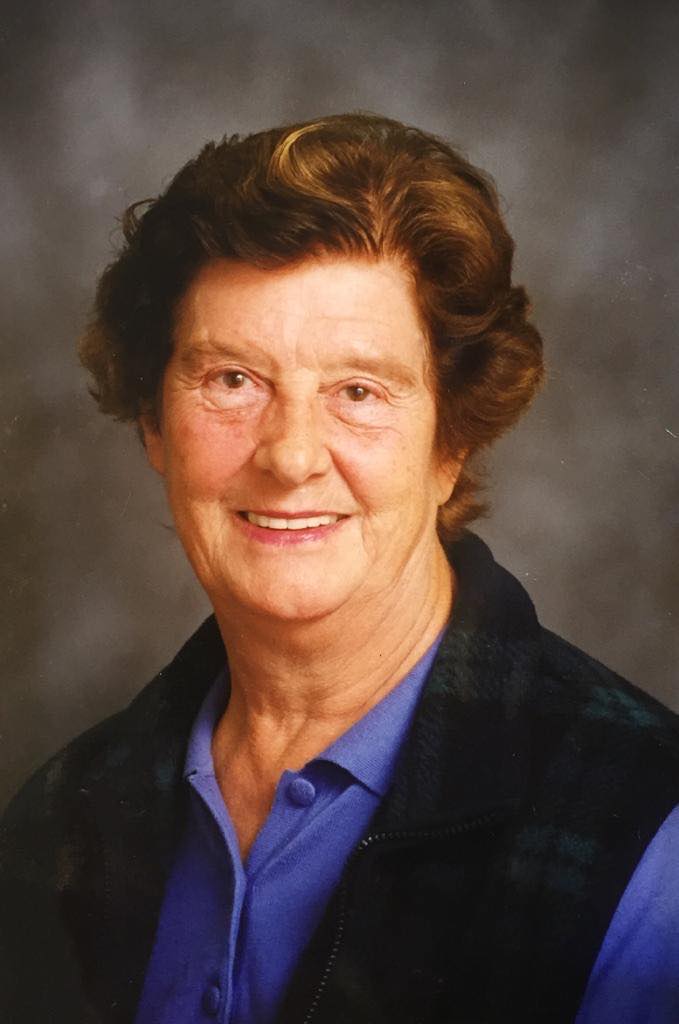 Keynsham Amateur Swimming Club (KASC) has come a long way in a short time as a competitive club, but no one really knows when it started. We know it was closed down for the duration of the 2nd world war in 1939 and was restarted by Babs Rayner, Doc Morgan and Joan Vincent in the 1940s. I wrote articles for every newspaper in the area in 1979, but no hard evidence came to us, although many old people in Keynsham and the villages around did remember people who learned to swim with the club in Beau Street Swimming Baths (as pools were called back then), Bath. Our 50th celebration in 2000 marked the 50th anniversary of KASC’s registration with the ASA (Amateur Swimming Association).

Babs Rayner’s daughter, Anne (Boulton) came to help when she finished her days as a P.E. teacher, and I joined in on poolside in 1961, as green as grass, but with lots of Royal Life Saving Society awards! The green pea-soup warm water of Bath’s Beau Street pool presented a few problems, as swimmers who dived into the water disappeared from view, and a fog hung over the pool in cold weather. The club at this period was a lovely village affair, which taught all comers to swim. Anyone who came paid sixpence into a little wooden bowl, and got an hour’s teaching at all levels (no subscription problems then!). When brave Babs Rayner knew she was dying of cancer, she asked us to keep the Club going, and some of us did.

Bath Ladies Swimming Club came along to our annual championships, led by old Dee Harrison and Pat Salter. They ran our event as correctly as the Olympics, gave us medals to add to our few cups, and were much loved and appreciated. One of our babbling idiots knocked the Turn Judge into the deep end and when we hauled her out it was discovered with horror that she couldn’t swim. Shallow end only after that for her.

Keynsham Club was a delightfully informal affair, from 18+ Louise Gooding (Golledge, still working at Keynsham Leisure Centre) to my smallest, flying into the pool at 18 months old. Anne Rayner supplied the expertise, and in 1968 the famous Helen Elkington ran an ASA/Sports Council course for the Teacher’s Certificate in Bath. The old Teacher’s Certificate was a sudden death practical exam plus a three-hour written paper about the level of the present Coach’s Certificate. That woke me up, and we began to get organised, inviting Helen to return (frequently!) to sort us out. What the famous Elkington made of us in our green pea-soup I cannot imagine, but she was unfailingly kind, and we began to find our swimmers could really do the Butterfly.

In the Seventies, our dreams of our own pool looked like becoming true, and we went out and about to gain experience at any Somerset Sunday course we could find. We trained parents to help, and bashed everybody in sight through the old Club Instructor’s Certificate. We then turned our attention to the expansion of KASC, ready for our new six lane, 25m pool, and got ourselves into tracksuits instead of gardening garb.

Anne Boulton and I had been teaching adult swimming for a few years at night school, and had some idea of booking in the punters. We accordingly borrowed Chandag School from kind Headmaster Harold Osgathorp, put a few adverts up, and sat back to await the great day. Yvonne Elmer came to act as doorkeeper and we became aware of a vast multitude filling the hall, the playground and causing a traffic jam for miles. That was the point where we should have bolted, but we roared at the throng that we would take the first 200 at £5 per swimmer and the modern club was born.

Keynsham pool was booked every Wednesday evening, and we began to teach across the widths in half hour sessions, with the few who wanted coaching getting an hour at the end of the evening.

We soon needed to divide into junior and senior squads, and also ceased to take Teaching Group swimmers into the club as members; we selected a few from each course, or nobody would have got into the door.

Angela and Michael Curry joined at this stage and were promptly put on the poolside to get a bit of stamina into the Senior Squad; Angela becoming a first rate coach to the Squad. I ran the Junior Squad, Anne Boulton went off and collected a Synchro-Teacher’s Certificate, with helpers Janet Isgar, Anne Stone and Yvonne Elmer, she soon had a good squad going.

Janet Sweet brought her family, and we grabbed her as gala organiser and a Team Manager. David Grindrod, Gordon Chant, Terry Hampshire, Alan Carder, John Taylor (still a valued teacher at KASC) and the Coventry parents were also nabbed as Lane Coaches. Sue Coventry had brought Joanne aged six, and she has never had dry feet since.

Started in 1984 as half hour sessions on a Wednesday night after club training. Training consisted of widths with Don Bolcombe, Ken Hobbs and Mike Ellaby as coaches. Two chairs were initially used for goal posts until some wooden goals were made and Ulo made some concrete weights from ice-cream tubs.

As soon as we got established with our goals (serious stuff)! Training increased to one hour sessions along with the distance - we went from widths to lengths. Following the Club Championships we had our first exhibition list match amongst ourselves. A pass, which landed short, scored the first goal; Nick flicked it with his foot, caught it in his hand and scored. Total fluke!

The team went on to play and win the Bristol League. Nick Goodland, Paul Denner, Dave Easdale and Phil Kent also played for the Somerset Team Under 16s, 18s, 19s and 20s.

The team disbanded in the early 90s, sue to the cost of pool hire.

The world of swimming today is complex almost beyond belief - Swim21, Active Sport, Development Squads, Age Group Squad, Club Quest, Swim England etc., etc. The trick is to make sure that KASC gets the best support (and cash!) it can from the various schemes and bodies. Our position is simple, we will work with all our partners to ensure the best deal for KASC and our swimmers give of their best.

In the last few years we have seen the advent of the AGe Group Squad at Bath University & B&NES Development Group. Both these squads give opportunities for our very talented swimmers (all our swimmers are talented) to get the coaching and development that we can’t offer at KASC. They go on to these squads with our blessing as long as they stay members of KASC and turn out for us in important galas and competitions. At the University of Bath Squad they get the chance to swim in the same team as the GB Olympic Squad, what an honour. Some of our swimmers have done really, really well and I think it’s only a matter of time before we will all be cheering a KASC swimmer on the TV!

Masters Squad - it’s not just for the under 25s

For many years, on a Wednesday evening, Ulo Ruutel has run a successful squad for the older swimmer. In 2000 we decided that KASc needed a Masters Squad, with Coach Ulo and team captain Terry Langdon. With a small amount of grant money from B&NES in our pocket we launched the squad into the ‘cut-throat’ world of 25 yrs swimming competition. And they did well. In 2000/2001 several competitions had been entered, with ‘Gold’ owners going to Quinten Thompson, Paul Taylor, Kay Arkinsall and Terry Langdon. In 2000 and 2001 many members of the squad have also been picked for the Somerset Masters Squad. So it’s not just a young person’s sport after all!

Many of us have wonderful memories of our years running a swimming club, and many of mine include Keynsham winning County honours, and scooping up the pots at Open Meets. They also include a marvellous County Cannon team event where a Millfield swimmer had three swims, A and B, he wasn’t nobbled. Another wonderful cannon involved a Keynsham swimmer who was injured, could not swim and so in the end Lillian Bullard’s three and a half year old swam dog paddle to finish. The crowd roared and rose to the occasion with cheers. The County Team ran out of butterfly swimmers; so Joan Vincent and I took a huge coach down the side roads of Saltford, hauled Roger Gates out of his garage, and proceeded on to thump an Ox-Bucks team!

All clubs are living entities, made up of the people running them and competing for them. We know that our swimmers are highly trained young athletes; they are fine sports people who can win and lose gracefully. They also understand how to with competitive stress. Many of our Somerset clubs are still directly staffed by volunteers, and all these people should feel very proud indeed: they are the salt of the earth. In celebrating Somerset ASA’s Centenary we salute all those who went before, and those who will follow in keeping up a great sporting tradition.