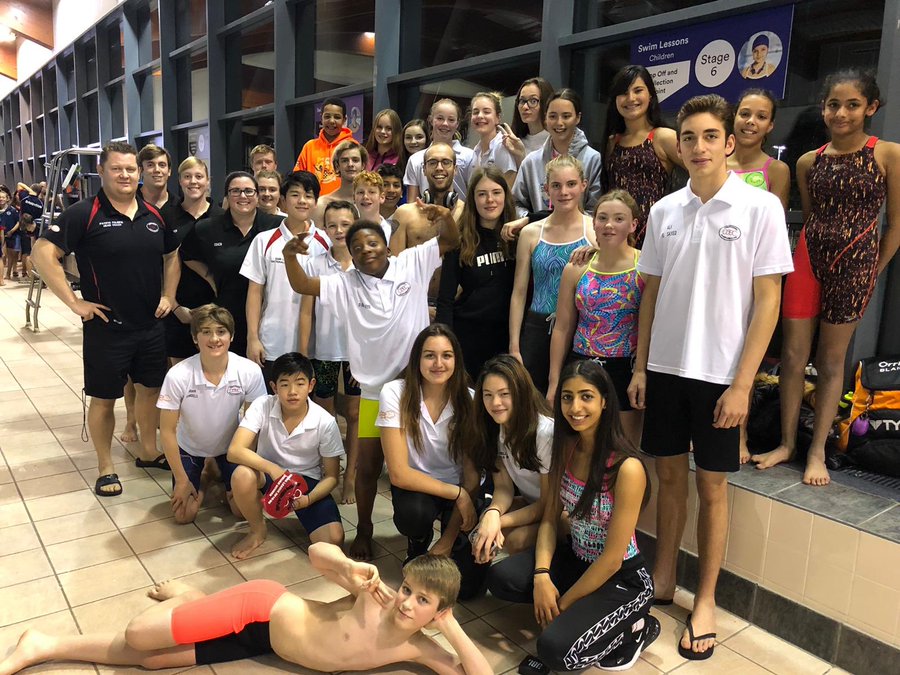 The Arena League is a national swimming league, sponsored by Arena, where clubs pit their best swimmers against each other across four different age groups. There are individual events in all four strokes for each age group as well as medley and freestyle relays and the galas build to a crescendo with ladies and men’s open age group 6 x 50m freestyle relays. To be chosen to compete for your club in an Arena gala is a great honour and you will see many swimmers wearing their complimentary CASC Arena Team hats during training and at open meets with pride.

CASC compete in the South Region in Division 1 East and the competition is held over 3 rounds with 6 clubs competing against each other in each gala. There are points available for each place from 1st to 6th so every legitimate swim counts. After round 2, the clubs are sorted into 3 finals, the top 6 clubs compete for promotion, the middle 6 for pride and the lower 6 to avoid relegation. If you haven’t been to an Arena meet before, you have a real treat in store as they are amazing!

Round 1 on 12th October was held at The K2 in Crawley where we were pitted against some very stiff competition. Some notable individual first places achieved that evening were Josh in the 50m Back and the 50m Fly, Zain in the 100m Breast and 100m Fly, Oliver in the 50m Breast and our ‘old man’ Ollie in the Open Men’s 100m Breast. We also took first place in 4 relays, namely the boys 9-11 years Medley and Freestyle relays (Nathaniel, Oliver, Dylan and Josh) and the boys 13/u Medley and Freestyle relays (Noah, Joe, Zain and Sam). So, with 10 wins, 7 second places and 4 third places, we came 4th overall. Our 2 relay disqualifications and Maidstone’s incredible tally of 26 third place swims meant that we missed out on third place to them and they kept us off the podium.

The only problem during round 1 was our Arena Team swim hats! They were orange … really! Not only did most of our swimmers feel physically ill when presented with them, but also the hats were too big. Several them were seen floating off into the skimmers during the gala. On a positive note, many parents remarked that it was easy to spot our swimmers in the pool! A new batch of red hats was ordered immediately upon our return and provided to swimmers for the second round.

Round 2 involved a trip to the seaside and an earlier start of 3pm. With knotted hankies on heads and wearing sandals (or sliders Luca!) with socks, we took the traditional coach trip to Margate on the 9th November, but this time with a slightly stronger team. I am sure I heard someone singing “Oh I do like to be beside the seaside” en route!

The same pattern of individual and relay wins was achieved with Josh in the 50m Back and the 50m Fly, Zain in the 100m Breast and 100m Fly, Oliver in the 50m Breast, Ollie in the 100m Breast, the boys 9-11 years Medley and Freestyle relays (Jonus, Oliver, Dylan and Josh) and the boys 13/u Medley and Freestyle relays (Zain, Josh and the two Noah’s). We had 2 additional first places in this round with great swims by Ava in the 100m Back and the girls 13/u Medley Relay (Eve, Ava, Maya and Aspen). The final result showed CASC in 2nd place, only losing out to Crawley who were also the winners of round 1’s gala. This meant that we qualified for the middle final gala (last year we were in the bottom final) displaying great year-on-year progress for the club. A special mention must go to Jonas Lee who stepped up at the very last minute to dig us out of a hole, replacing an injured swimmer in this round. He did everything asked of him and contributed to our two boys’ 9-11 years relay wins, so thank you Jonus.

The 3rd and final round was special - not only because we were making a return to The K2 in Crawley with an even stronger team and high hopes, but also because we were asked to host the event. The preparations were going well. The additional officials required were organised, the extra helpers were recruited and allocated jobs, the raffle prizes were donated and the team was complete. Then, in the week leading up to the gala, we lost four of our girls due to medical issues. After a minor heart attack (not really, it just looked that way), our head coach, Patryk, leapt into action, pressganging two more swimmers to fill in at very short notice (thank you Tiya and Meenakshi) and rearranging the team into a force to be reckoned with.

It was nip and tuck all the way with Croydon hot on the heels of Brighton SC, the leaders - CASC never more than a few points behind. With excellent results of 13 wins, 7 second places and 12 third place finishes, it went right up to the wire. Unfortunately, after a rather harsh disqualification for our Ladies Freestyle squadron relay, we were narrowly beaten into second place by Brighton with a difference of only four points. If you consider that we were down four swimmers, suffered three disqualifications, and one race where we didn’t field a swimmer due to an injury requiring first aid caused by a collision with the pool wall shortly before his race, I believe the moral victory was ours! What an exciting gala that was!

Croydon Amphibians finished 7th overall in our league, which is a vast improvement over last year’s result, so we must be doing something right. We remain in the first division for 2020 and I, for one, am really looking forward to seeing what our swimmers can produce next year after another year’s training under the supervision of our superb coaches.

There are so many people to thank, so please forgive me as most of you shall remain nameless, but you know who you are! Thanks to Rebecca, James, Funmi and Hannah for agreeing to return and swim for CASC, the swimmers who stepped in at the last minute to bolster our team, our coaches, our whips, our officials and our volunteers, without whom these team galas would not be possible, particularly the gala that we hosted.

Most of all thanks to our fantastic swimmers who never cease to amaze me with their exemplary behaviour and incredible determination. Some swam loads of events, some swam up in age groups, some swam events that they really don’t enjoy doing, and all of this with smiles on their faces and no complaints while cheering on their teammates all the way. That is why I love the Arena League!

Well done all of you, you smashed it! Your club, your coaches, your parents and your committee are so very proud of you all and I couldn’t be prouder. Thank you!