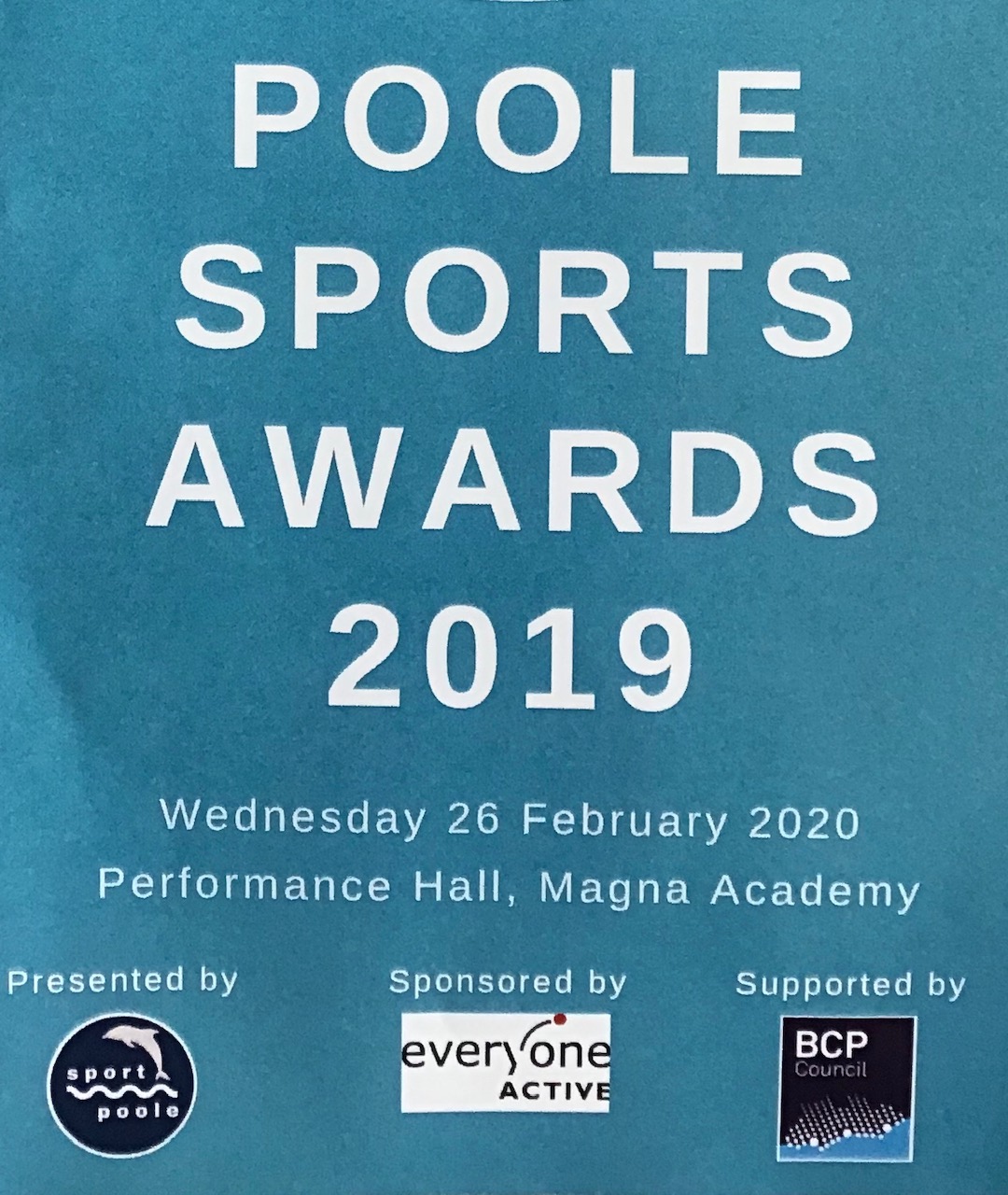 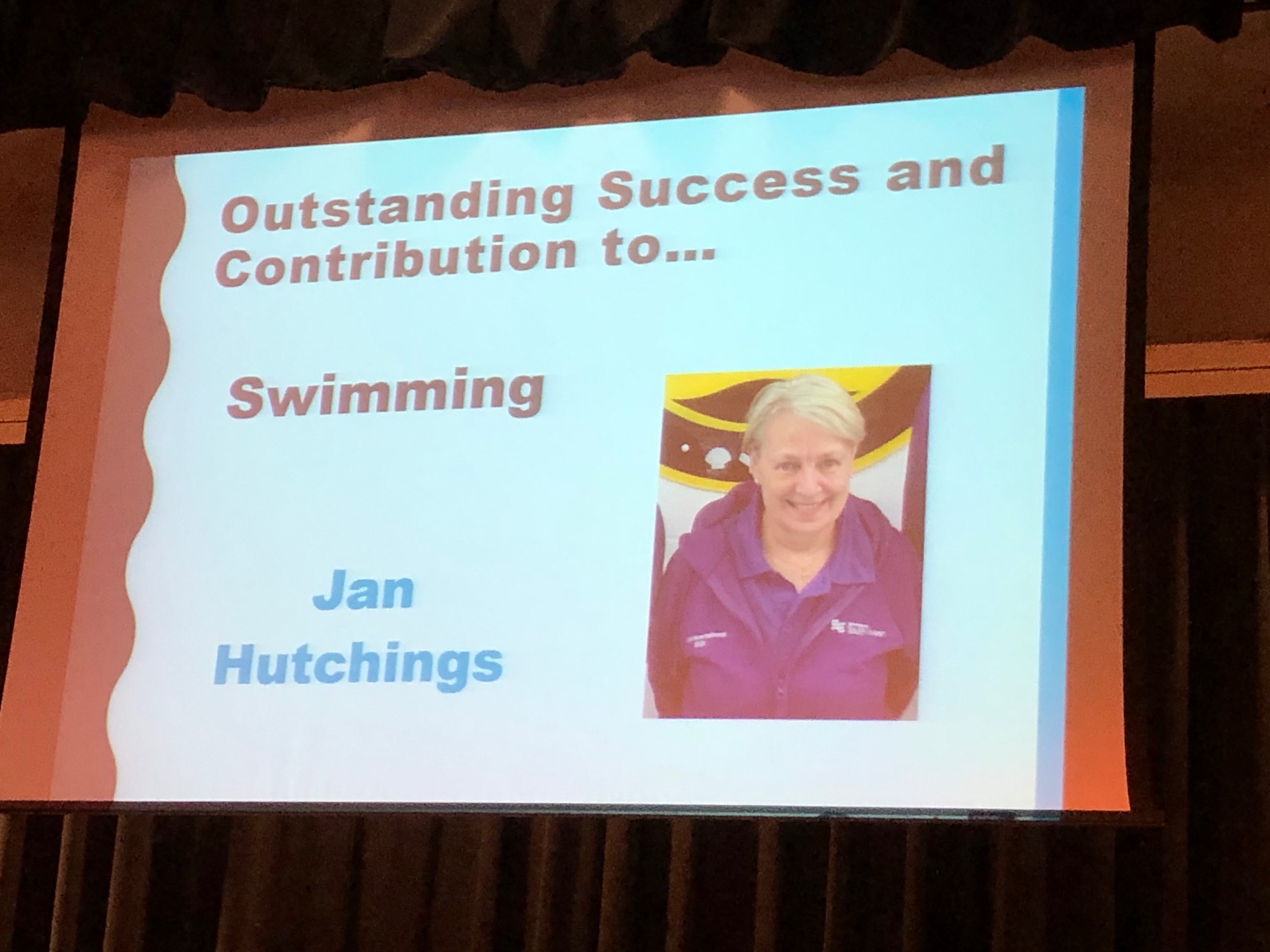 It was a particularly successful night for Poole Swimming Club on Wednesday night, as a group of athletes, as well as our very own Dr Jan were recognised for their achievements in 2019 at the Poole Sports Awards. The Mayor of Poole, Councillor Marion Le Poidevin, was in attendance, along with other local dignitaries, to congratulate recipients.

The event, organised by Sport Poole, was held at Magna Academy’s Performance Hall and was sponsored by Everyone Active and BCP Council.

Sport Poole is a local organisation, which for more than 50 years has supported individuals and clubs involved in local sport, with information on grants and facilities. Their annual awards celebrate individual and team sporting success in Poole.

PSC has been well represented for several years at the Awards and this year was no exception. Swimmers who, for the first time, have competed at National level competition, were recognised for their achievements at English and British Summer Nationals: 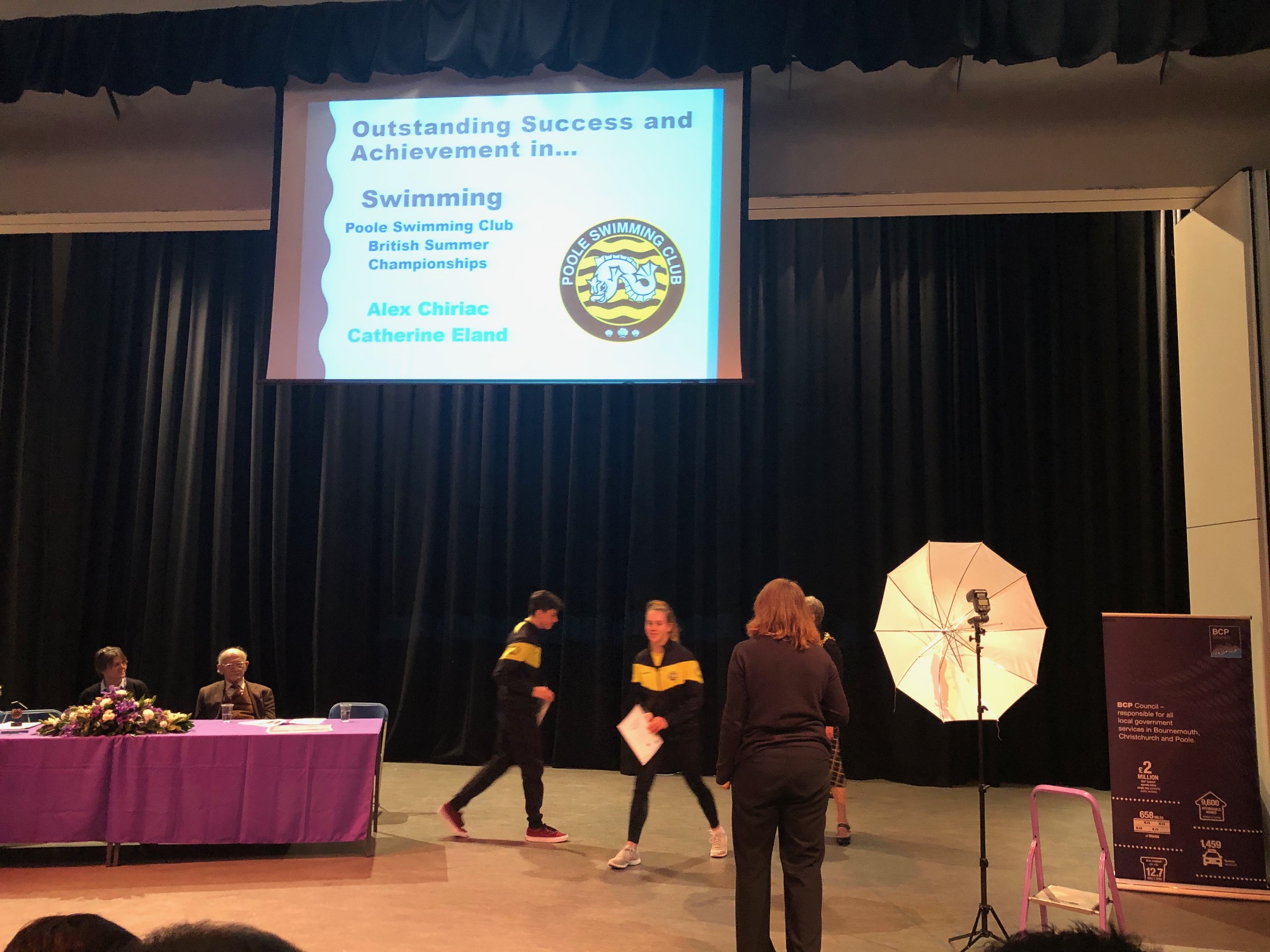 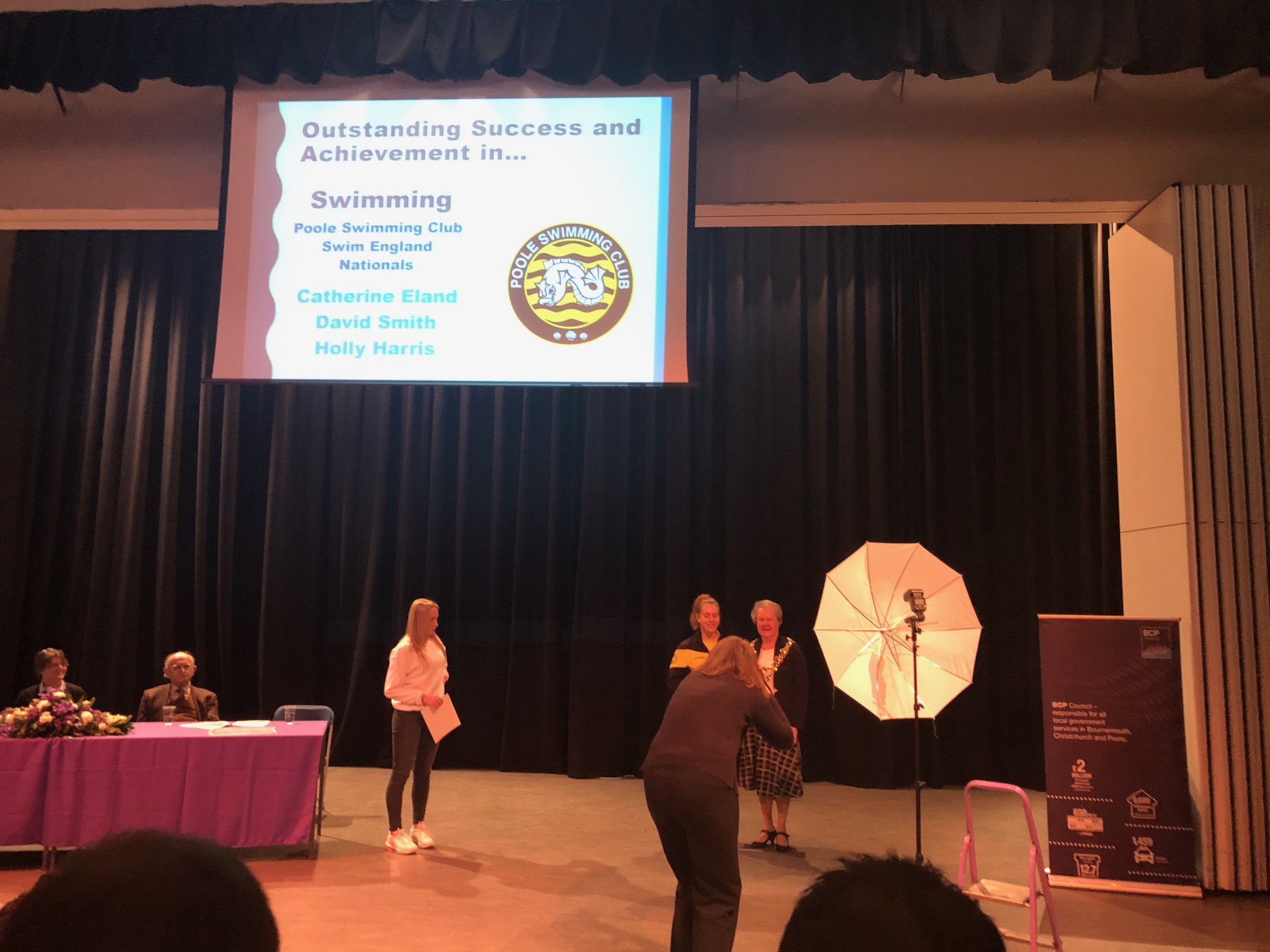 PSC’s Jamie M and Will W also received certificates for making it to the Finals of the English Schools’ Swimming Association National Championships with Poole Grammar at the London Aquatic Centre in November 2019 and PSC’s Ella M, Abbie Q and Jasmine M also received a mention for ranking 5th and 7th in the ESSA National Finals with Parkstone Grammar. 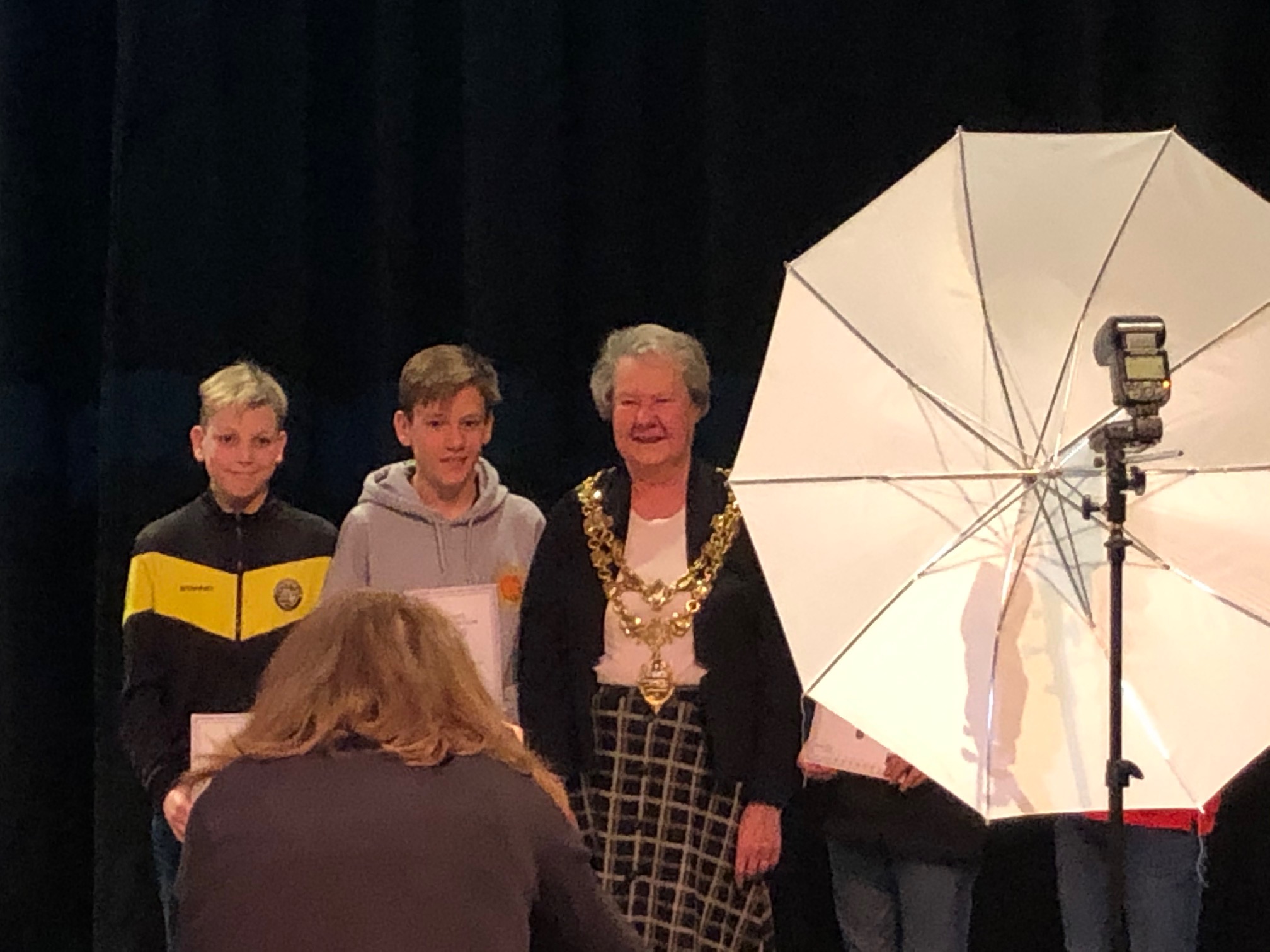 However, it wasn’t just our swimmers’ results which were celebrated on the night. The successes of our club swimmers are due in no small part to the quality of the coaching team and Coach Jan received a special Certificate of Commendation for her services to swimming. 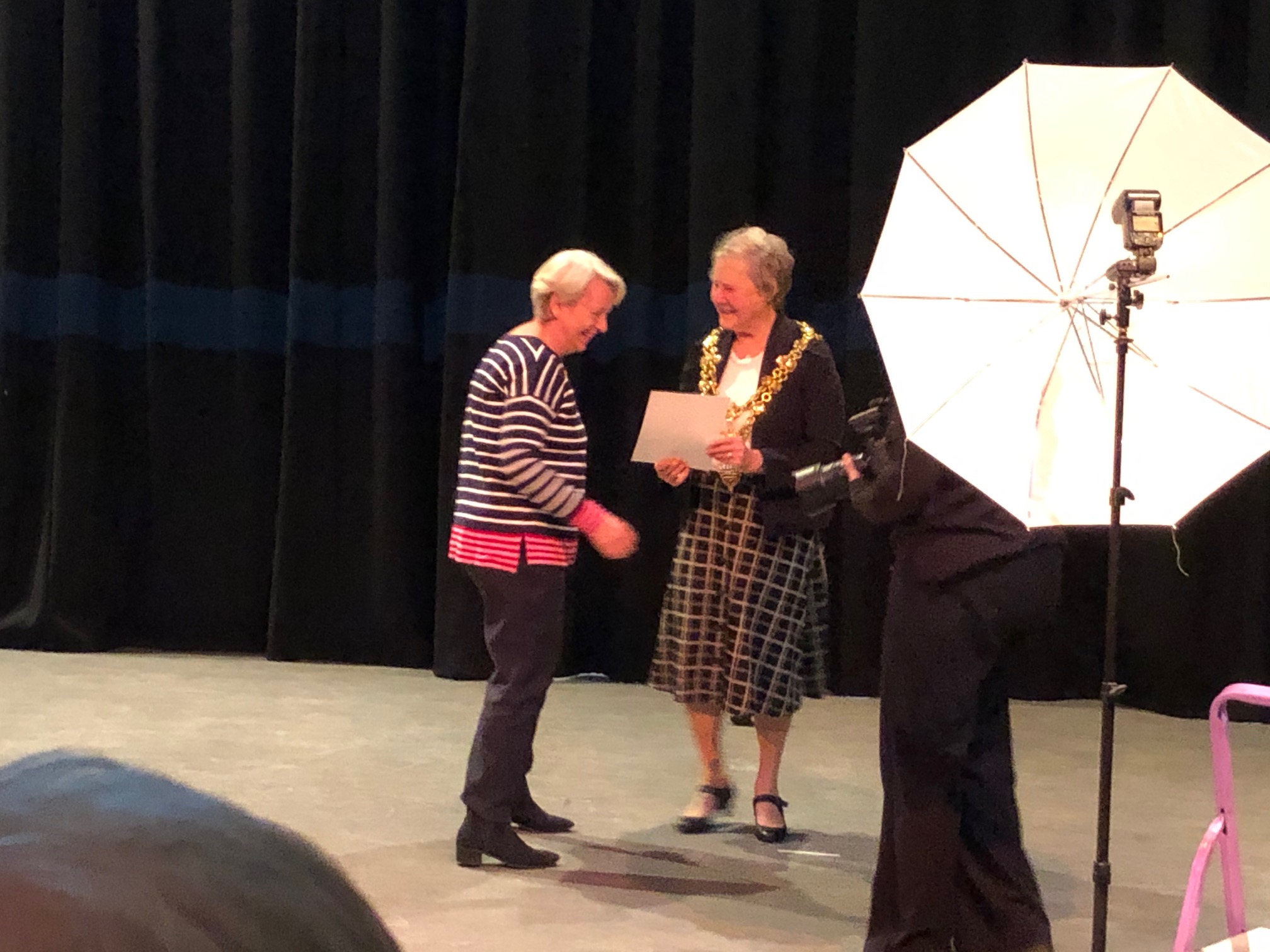 We were especially proud to see her recognised locally for her outstanding achievements in swim coaching over the past year, which include:

Head Coach for Dorset in the County Pathway Programme

All this in just one season! As the presenter of the awards said on the night:

“It is Jan’s dedication, professionalism and love of swimming; her countless unpaid extra hours; her care for each individual swimmer and her coaching talent, both technical and pastoral, which are the attributes so highly valued by Poole Swimming Club athletes and their parents alike.

We are tremendously proud of Jan’s achievements in the world of swimming, but we would be delighted for her work and devotion to the sport and to the club to be recognised locally, within the community of Poole”.

And now they have been! Congratulations to Jan and to the PSC athletes on receiving these special commendations. Who knows what the 2020 Season will bring?