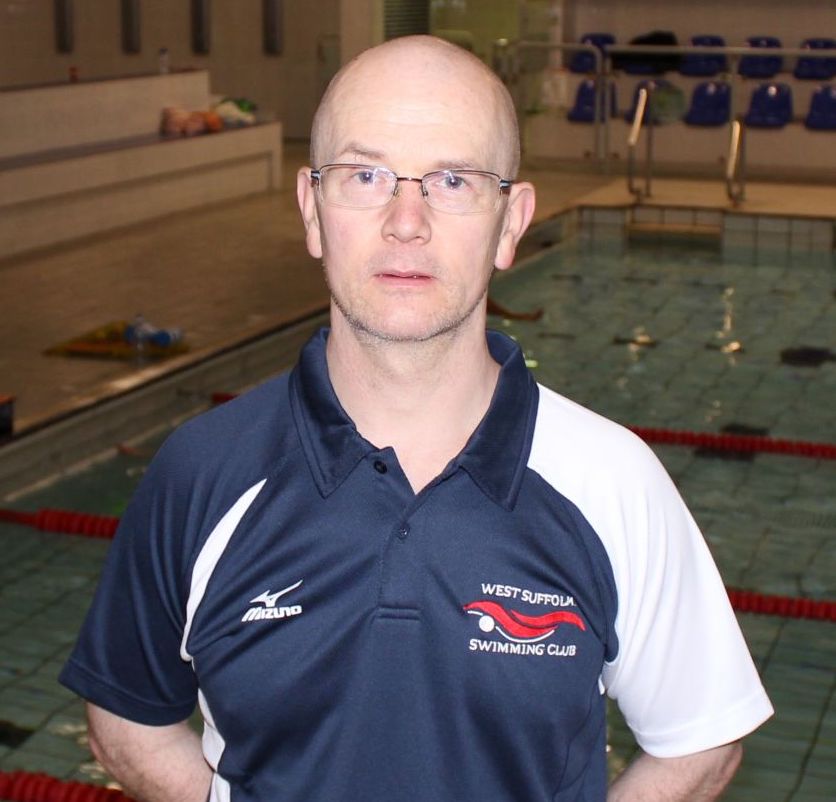 Following our newsletter last week regarding past challenges for the club, we are looking to hear from and talk about all things related to the recent club history of West Suffolk Swimming Club.

There has been a request for us to reveal Phil’s past, along with his involvement with the club and finally he has spilt some beans:

Phil taught himself to swim and joined Haverhill Amateur Swimming club in 1972 when he was 8 years old. Phil swam twice a week with the club that was based at a 25 yard open air pool on the site of the current police station. He recalls just being able to swim one length of this pool on day one and the next day was able to swim three; must have had a great coach Phil!

By the time Phil was 13 the new indoor pool had been completed and Phil was training 3 times per week as well as competing in mid week galas, in open air pools at Sudbury, Ely and Stowmarket. Phil continued to swim until he was 18 years of age at which time the status of the club changed dramatically, becoming Haverhill Hurricanes under the leadership of David Calleja and then Allan Lee (more about these guys at a later date). Phil remained a member of the Hurricanes, both teaching and being a team manager, then, at the age of 25, decided he would like to get back into the water recording lifetime PB’s until his second retirement as a swimmer at the age of 30.

Phi's passion for the sport was obvious, with him gaining teaching and coaching qualifications whilst working full time, alongside being an active poolside member of Haverhill Hurricanes. In fact, Phil was part of the coaching team that helped Dan Pilbrow in becoming National 200m Butterfly champion for 5 consecutive Championships.

With the formation of WSSC in 1998, Phil remained totally dedicated to the new club, and again, was part of the team which saw Dawn Jason gain selection for the 2002 Commonwealth Games in Manchester.

Since the formation of WSSC, Phil has always been there in our hour of need. In fact he has been involved with Haverhill Hurricanes / West Suffolk for 48 years of his life. He has seen several head coaches come and go; in fact, he himself was Head Coach for a short period prior to Dan’s appointment.

Thank you very much Phil for all you do for the club and we look forward to having you round for the next 48 years!