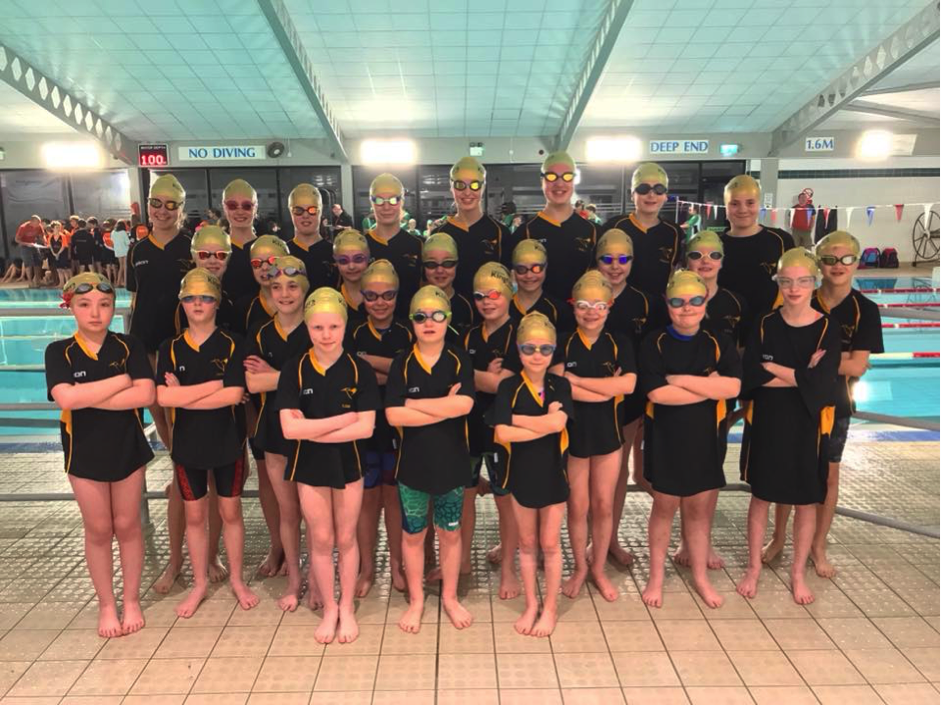 Cheddar Kingfishers junior swimmers showed that swimming and racing as a team is good fun when they took part in round 2 of the Four Seasons Gala at Cheddar Leisure Centre on 20 January.  Between them the team, all aged 12 years or younger, won eight and came second in seven events, set 19 new best times and achieved 21 ASA speed awards.

Emily Hillman and Ed Hardman started the meet with the 100m Individual Medley in which both set new best times, as did Zoe Alvey and Sam Hutchinson in the 25m Butterfly. In 25m Breaststroke Grace Hurst achieved a bronze ASA speed award, and Bertie Thomas a new personal best. Olivia Iles finished first in the 50m Backstroke, and Annabelle Stone was second in 50m Freestyle; Josh Easton swam strongly to set new bests in both events.

The nine years and under Medley Relay teams of Cassidy Iles, Isla Warman, Zoe Alvey and Chelsea Hancocks and Ewan McClumpha, Hutchinson, Jake Spencer and Charlie Halford put in a big effort but had to settle for fourth place.

The girls 11-years -and -under Freestyle relay team of Sophia Papasouliotis, Beau Sedgwick, O Iles and Cadwallader won their race and the boys team, T Walsh, Thomas, Finley Halford and Hardman were third.

In the 12-years -and -under medley relay the boys, T Walsh, Finley Halford, Hardman and Easton, came first and the girls, A Papasouliotis, Holly Cockram, E Hillman and Stone were second.

Strong swims from the other clubs pushed the nine years and under Freestyle relay teams of Sedgwick, Phoebe Hillman, Cassidy and Isabella Iles and Spencer, Hutchinson, C Halford and McClumpha into fourth and fifth place.

The ten years and under Medley teams of P Hillman, Hurst, Brimm and C Walsh and Thomas, C Halford, Spencer and Hutchinson also had to settle for fourth and fifth place.

F Halford won the 50m Freestyle in which S Papasouloitis set a new personal best, and there were gold ASA speed awards for Cockram and F Halford in the 50m Breaststroke.

C Iles set a new best in the 25m Freestyle as did Todd and Thomas in the 25m Backstroke. The boys 11-years -and -under Medley team of T Walsh, F Halford, Hardman and Easton came first with the girls, Todd, Hurst, O Iles and S Papasouliotis, finishing third.

In the 12-years –and- under Freestyle relay A Papasouliotis, Cockram , E Hillman and O Iles were second but the boys, Hardman, T Walsh, Easton, and Thomas  were pushed into fourth.

The evening ended with the exciting canon in which a boy and girl from each age group compete as a relay team, very strong competition meant the team finished fifth but that did not stop them smiling and cheering each other on.

The Four Season series of Galas is a great opportunity for younger swimmers to have a taste of competitive swimming in a friendly and relaxed atmosphere and all the team gave their best efforts.