15 Years and Over Regional Report 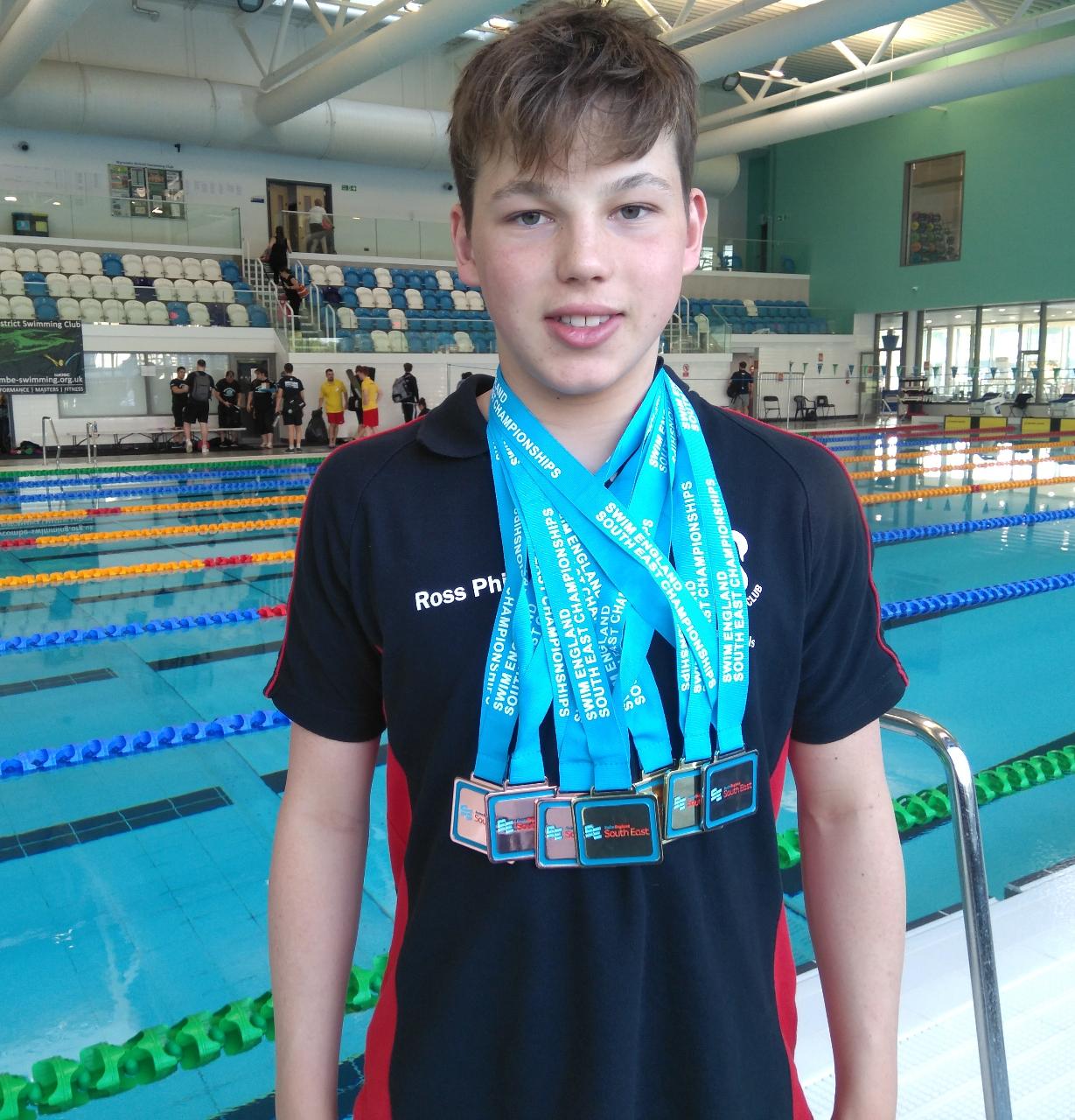 15 years and over Championships

The South East Region is the largest of 8 regions in the country covering Hampshire and the IOW, the Channel Islands, Oxfordshire, Berkshire, Buckinghamshire, Sussex and parts of Surrey and Kent that are outside London. The region consists of 184 competitive clubs so it’s a real achievement just to qualify for the championships with very limited numbers being accepted.

Includes all clubs with at least 1 gold medal.

Staines powerhouse Ross Philp led the way in the medal haul winning an astonishing 7 individual medals in the 16 year boy’s age group. Ross took Gold emphatically in the 400m and 200m Individual Medley winning by a margin of 4 and 3 seconds respectively. Ross also took Gold in his favoured 200m Butterfly with a top 12 British ranked time of 2.12.22. Ross also picked up silver in the 800m Freestyle, Bronze in the 400m and 200m Freestyle and 100m Butterfly. Ross has now amassed an incredible 10 national qualification times for the summer championships. 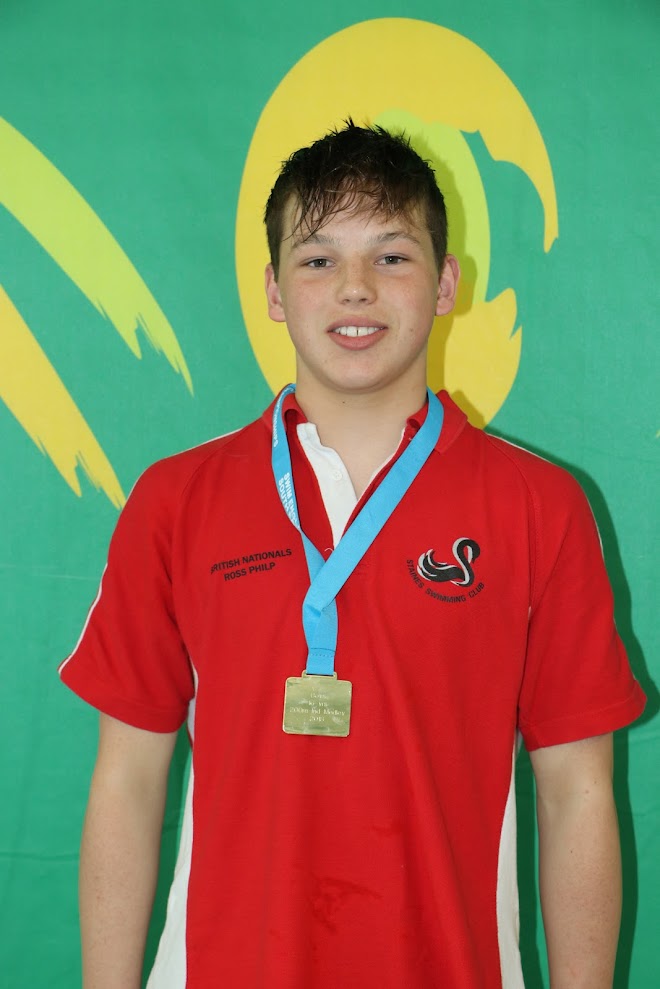 CP swimmer Maya Brisco secured a 3 second personal best in the ladies multi-classification 400m Freestyle to secure the Silver. Maya is training with one eye on the CP World Championships in August, securing a personal best and the Silver medal gives her much confidence in the build up to the summer.

Scottish sprint sensation Ewan Taylor (16) showed signs he’s getting back to his best qualifying time for the 50m Freestyle final. Taylor who swam at the Commonwealth Trials in April in his favoured 50m Freestyle, finished just 0.20’s off his lifetime best to secure 4th place just 0.05 off Bronze and 0.08 off Silver in one of the closest races of the competition. Taylor also secured 9th in both the 50m Breaststroke and 100m Freestyle narrowly missing out on the finals.

Kieran Adams (16) swam at his first regional championships and showed impressive form to finish 6th in the 1500m Freestyle with a ten second personal best of 17.25.95. Kieran has now taken just under 20 seconds off his personal best in the last two months! Kieran also performed well in the 800m Freestyle finishing 10th and secured his first national qualification time.

Isabel Harry (15) a British Championship level swimmer returned to form qualifying for both the 100m and 200m Backstroke finals. Isabel improved in both finals on her heat times finishing 6th in the 200m and 7th in the 100m events respectively in season best times to secure her national qualification for the summer.

Mitchell Coombes (19) swam a sensational 200m Breaststroke in the men’s open category securing a personal best of 2.27.86 to finish 4th in the heats, Mitchell was unable to recapture that form in the final but he has now secured his place at nationals in the summer.

Lauren Kent (16) swam in the 50m Freestyle and 50m Backstroke, Lauren secured a personal best in the Backstroke and was just 0.20 off her best Freestyle time.

The club entered relay teams in the boys and girls 14-16 years age group both had 4X100m Freestyle Teams and 4X100m Medley Teams.

The boys performed fantastic swims and moved up placings from their original seedings beating their entry times in both events. The boys Freestyle team of Ross Philp (16), Harry Degen (16), Joe Churchill (14) and Ewan Taylor (16) finished an excellent 6th out of 27 competing teams. In the Medley Kieran Adams entered the team on the Freestyle leg and swam an exceptional personal best of 57.95, Ross lead on Backstroke, Ewan Breaststroke and Harry swam Butterfly. The team finished a very credible 10th.

The girls 14-16 years Freestyle team consisted of Ana Stevenson (14), Ellie White (15), Isabel Harry (15) and Lauren Kent (16). The young team performed fantastic swims and won their heat beating their seed time. Lauren finished off with a fantastic 1.02 on the final leg.

In the medley event the girls all swam personal bests or on their best times to again beat their seed time and move up the rankings finishing an excellent 14th out of 32 competing teams.

Head Coach Chris White was delighted with the team’s performance “I’m really pleased with the swimmers' efforts over the last two months and they have really excelled in training. The majority of swims were personal bests over the championships or season best times so it’s very encouraging moving forward”.

Swimmers are now getting ready to compete at the Olympic Pool in The London Summer Championships the last opportunity to secure national qualifications times.