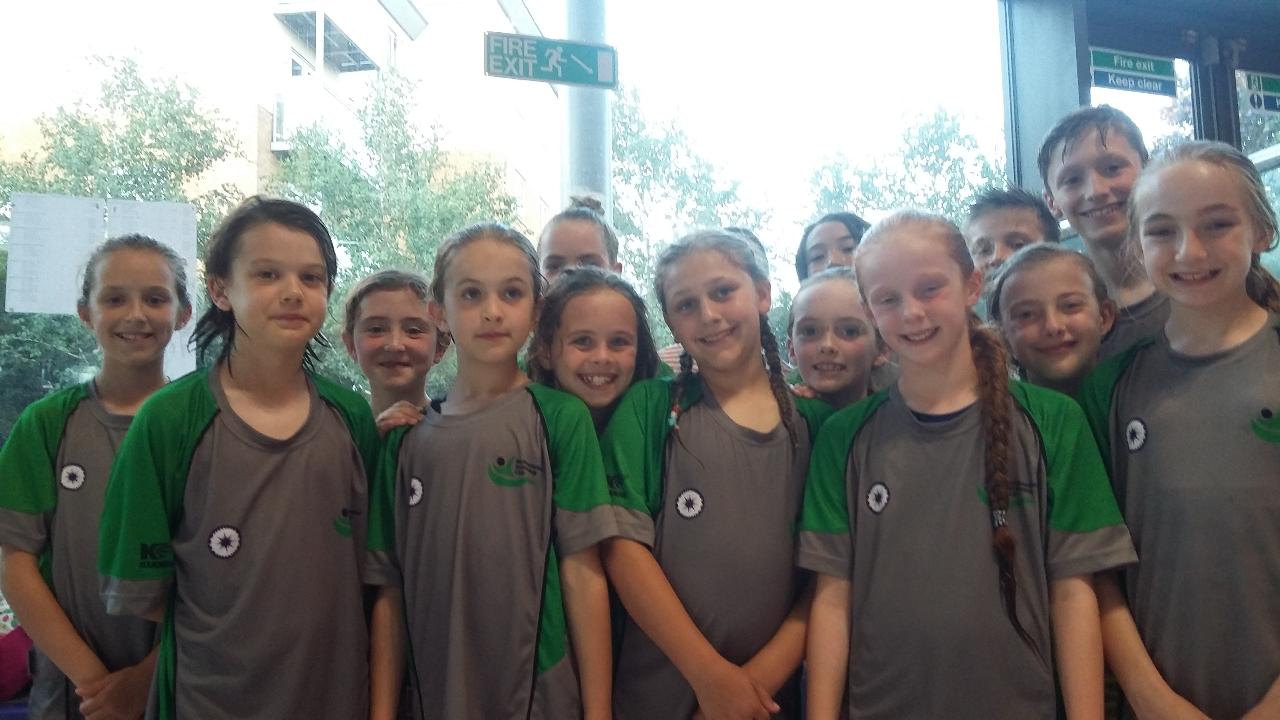 In the final Round of Peanuts, Berkhamsted’s Green team were once more at Hitchin for the promotion gala whilst the Silver team were in the Consolation Gala at Borehamwood.

Sadly, the club was only able to put out a total of 37 out of 64 swimmers across the 2 teams but, as always, the two squads performed above and beyond what could have reasonably been expected and had a fantastic evening of competition. This means that for next year we will have to take a serious look at reducing the team back to only one, which is a real shame as you will see below swimmers were achieving new pbs all over the place.

The Club must decide by Oct this year how many teams they wish to enter for 2019 and unless we get support for two teams we will have only one option.

The Green team were led off by Eva Lawson in the 10 years free and she smashed her pb and club best with a win in 15.50 almost a second clear of anybody else. Likewise, Fionn Clare dropped his best by 3 seconds to clock 18.89.

For the 10 year girls, Issy Whitaker dropped her best by a second to post 18.78 placing 3rd and was followed by Emma Hockney picking up victory in the 11 years 50m free with 33.50, almost 2 seconds ahead of anybody else. Sam Griffiths followed her in the boy’s event, improving nearly 3.5 seconds for 4th in 39.37.

Lara Coster whittled her 50m back best by well over a second to finish 2nd in 37.97.

Saya Khalili took 3rd in the 9 years back and then Lawson Gray (also in his first gala for the club) stole the win for the 9 years boys back in a close race with 22.00.

Chrissie Soulsby pocketed her second individual win with 17.35 in the 11 years fly, almost a second ahead as well and Sam Griffiths broke his previous best by well over a second for 19.91 and yet another 3rd place.

They were followed by Abigail Briers hitting yet another pb in a fantastic season for her, coming down to 31.81 in the 12 years 50m free just losing out in a close finish and Holmes-Higgin also ended in 2nd place for the boys.

In the 9 years breast, Nell Farquhar another first timer clocked 32.03 and Matthew Ginn 26.75 both in pb times.

Phoebe Goss got in on the pb act with 23.00 for her backstroke and the final individual win went to George Gray in the 11 years 50m breast with a best time of 45.47 and clear water to his rivals.

The final individual events were the 12 years 50m fly and another brace of 3rds for Lara Coster and Tom Holmes-Higgin.

The second round of relays began with another 3rd for the 10 years free relay girls and also Tilly Anderton, Chrissie Soulsby, Eva Lawson & Emma Hockney in the 11 years Medley.

For the silver squad the 15 swimmers in the squad all had multiple races, many swimming up 2 or 3 age groups and all with the biggest smiles.

Maisie Johnson & yet another first timer, Luca Greene, kept up the 3rd place theme as both set pbs in the 10 years Free, touching in 20.08 & 19.36 respectively.

Connie Beddall chopped an amazing 6 seconds from her 50 back swimming up as an 11 year old as did Ollie Miles for the boys with 53.83 & 54.37 respectively.

Rachel Little’s first team race individual provided a pb of 23.42 in the 9 years free & Ollie Miles overcame a goggle malfunction to go pb in the 10 years fly with 27.14.

Amber Tooker went 1.72 seconds quicker than ever before in the 11 years free with 44.54 and Jack Rutherfurd took his best down to 36.40 as he roared into 2nd place for the boys.

Esme Weare went a whole second faster in her 50m backstroke and it was then into the first set of relays.

Alana Van Deventer shone for 3rd place in the 9 years 50m back bringing her time down to 26.34 and Constance Beddall set another pb in the 25m breast of 30.41.

Jack Rutherfurd set another pb to further evidence his recent improvements clocking 20.87 in the 11 years fly before Esme Weare picked up 3rd and a more than 2 second pb in 42.67 for the 50m free.

Charlotte Holmes-Higgin came home 3rd in the 9 years breast and there was another pb for Mairi Lavin in the 10 years back with 32.54 swum without goggles. Luca Greene also set his best for the race & distance in 26.52 before Alana Van DeVenter came back again to slice 1.66 seconds from her best 50m breast time, swimming up 2 age groups, evidence of the team spirit in the squad.

The 9 years girls relay team won their second race of the night in the Medley, this time by over 8 seconds and immediately afterwards Constance Beddall, Charlotte Whittle, Mairi Lavin & Emily Jones swam 8 seconds faster than their nearest challengers to take the win in the 10 years free event.

Both squads will be in Division 2 next year but the future is strong with so much comradeship from those who were available to compete. 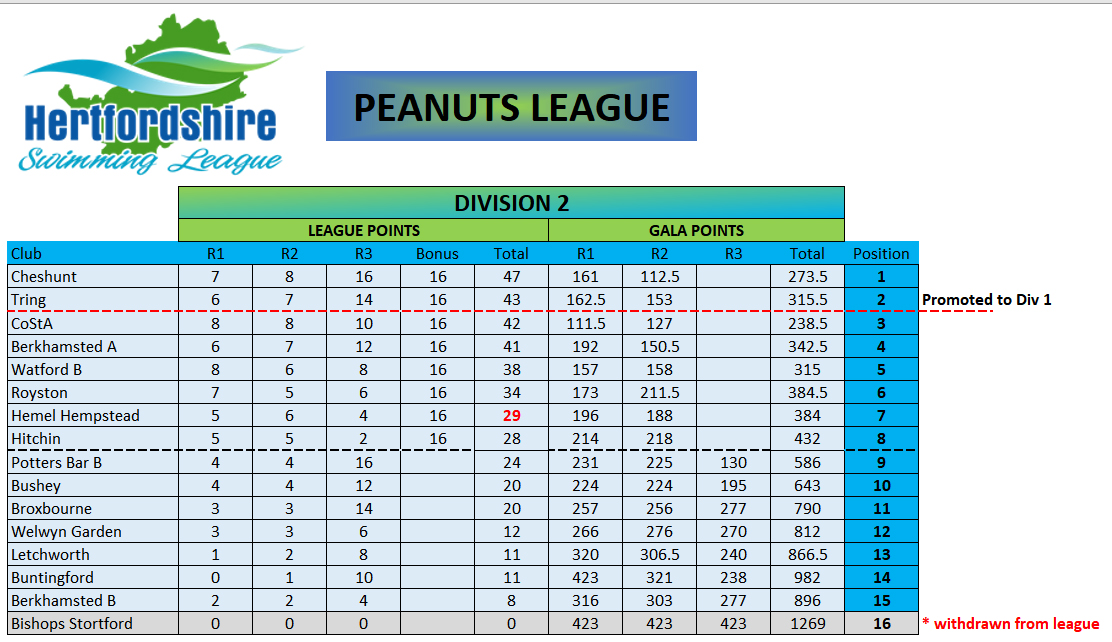