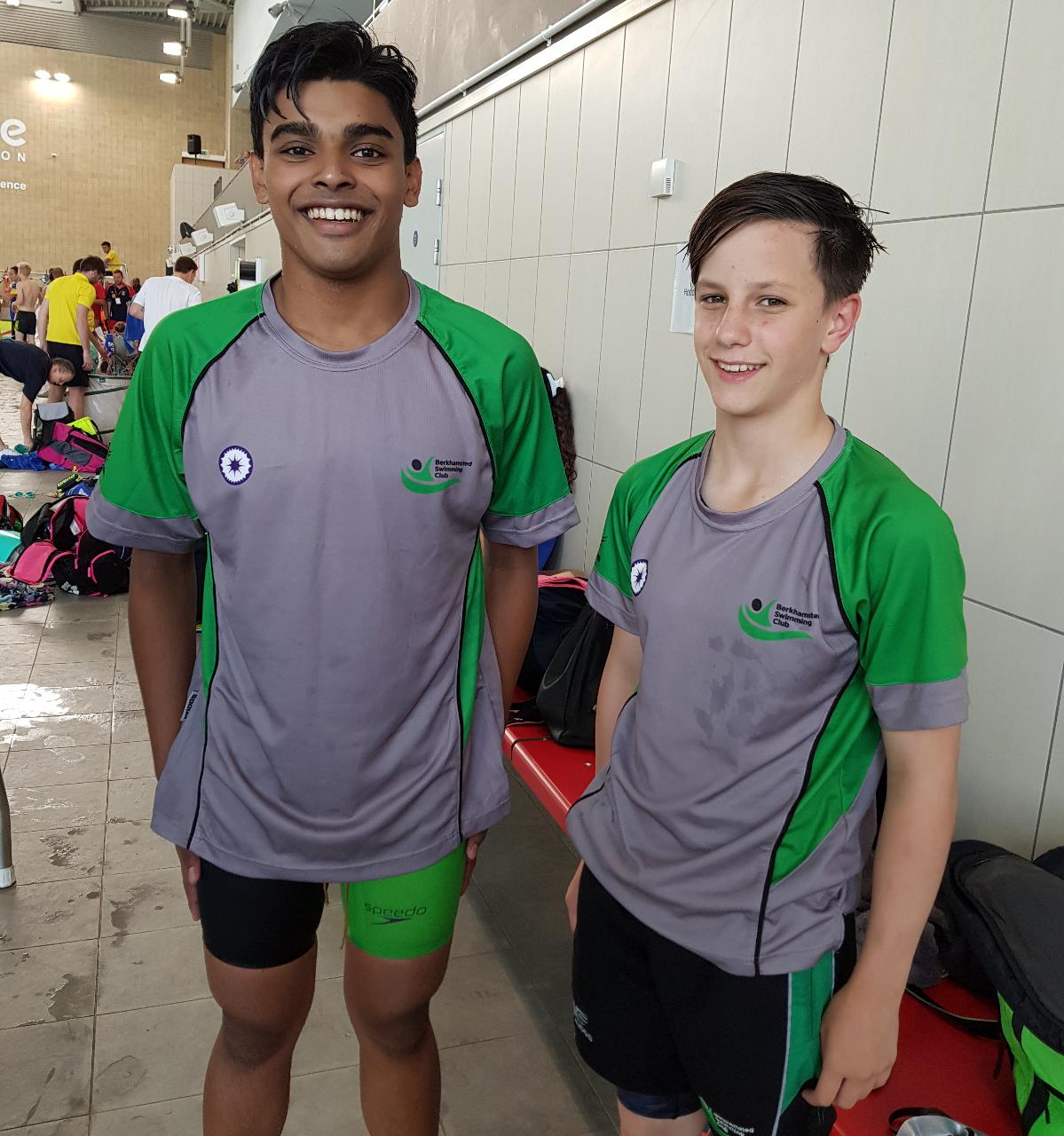 Just 3 swimmers from Berkhamsted stepped up to the Level 2 meet run by Putteridge SC at the Inspire Luton Venue configured as a 25m (Short Course) pool for the meet.

All 3, Abbie Briers, Tamsin Moren and Ish Rahim turned the meet to their advantage with times that put them in the running for the County Champs in January 2019, once the season recommences in September.

Abbie Briers began the meet with her first ever 200m Individual Medley and, after overcoming initial nerves, romped to 5th place in the 12 years category with a time of 3:00.13

which provided her first County Consideration time (CCT) of the year. She followed this up with another CCT in the 100m Free improving her best to 1:10.36 for 7th before just falling short of her best in her third and final event of the session, the 50m backstroke when she recorded 39.31.

Tamsin Moren had a 2018 season ruined by injury and yet has still shown how quick she can be, making it to the Regional Champs in the late Spring. As she returns to full fitness she is going to be a force to be reckoned with Regionally at least. In her 200m Breast she smashed through the 3 minute barrier for the first time, clocking a County Qualifying time (CQT) of 2:59.33 and picking up the silver medal to boot. This puts her 4th in the County at the moment. Previously, she has seen her best event as being the 50m Breast but on this occasion she was just outside her best albeit still inside 40 seconds putting up a time of 39.36 for 4th place but then she showed her strength and endurance again in the 100m Breast when taking gold in 1:24.24 which, although just shy of her pb was still enough to claim another CQT for 2019. She finished the meet in style by slicing well over a second from her 50m Fly time, posting 35.25 for a CCT as well which augurs well for her medley swims later in the Autumn.

Ish Rahim was looking for some speedwork before heading to Sheffield for the English Championships summer meet at the beginning of August. He began by reducing his 200m Fly time by almost 2 seconds bringing it down to 2:22.56, in itself a CQT to claim Gold and then, in his National Champs event, the 50m Fly he set a new pb, showing his sharpness in 26.98 for another gold. He will hope to show even more basic speed in Sheffield. He currently ranks 1st in the County at 50m fly, 2nd at 100m & 3rd at 200m.

His big improvements continued with a near 3 second improvement of his 200m Free best, coming home in 2:06.20 and another CCT for the club and bronze medal and then finished the meet with another gold, to make it a clean sweep of the fly events, in 1:01.28, another CQT.

Ish Rahim travels to Sheffield with 3 others from the Club, Ella Nijkamp (50m Back), Zac Patel (50m Fly) and James Chennells (200m & 400m Free) as the largest contingent yet from the small, local club to get to Nationals in one year.