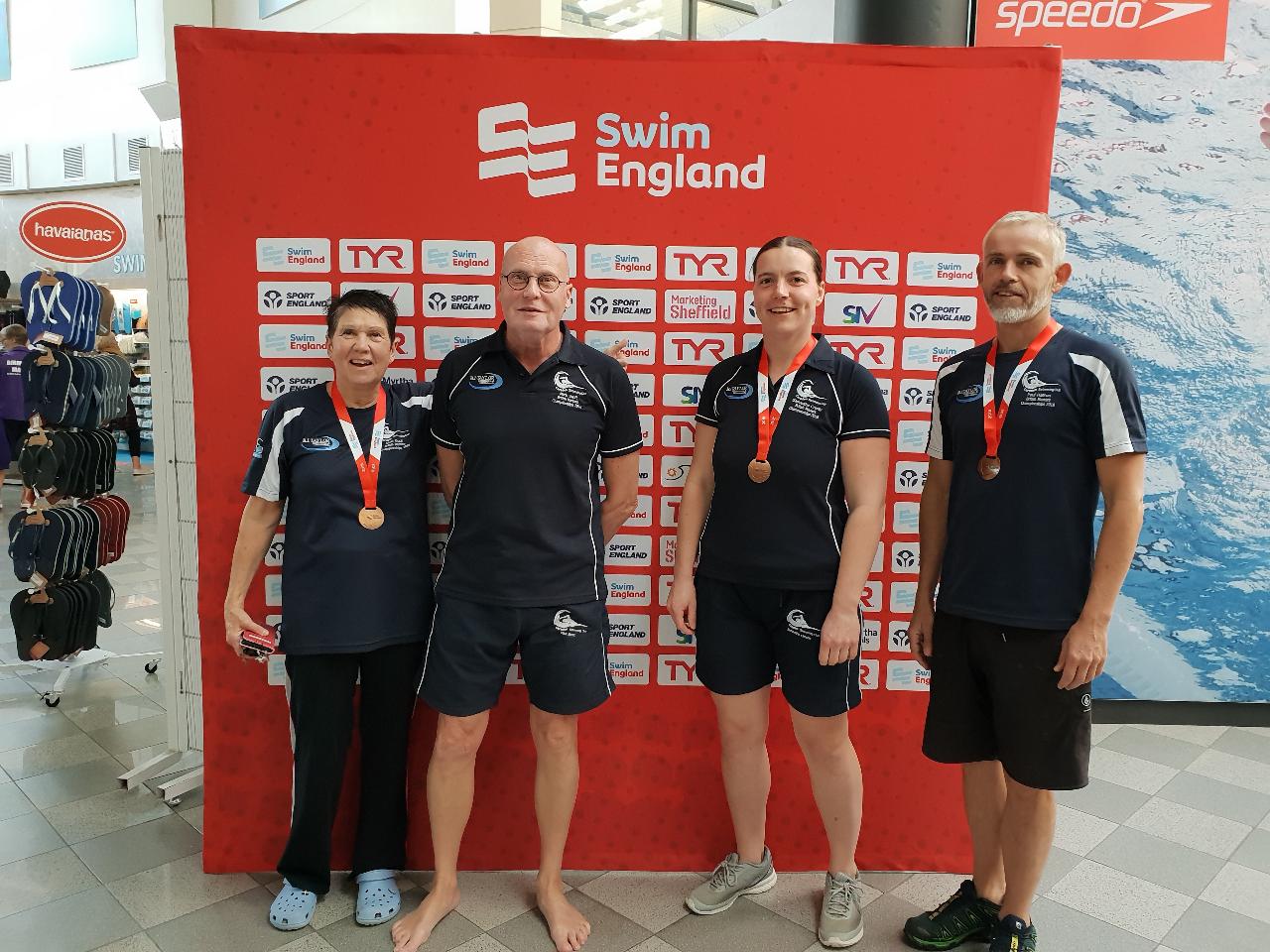 The Caradon Masters squad sponsored by BJ Taylor Construction and Groundworks of Pelynt, made the long 300 mile trip up to Sheffield to take part in the Swim England Masters National Championships 2018 over the weekend off 26th - 28th October. This competition is the highlight of the national masters short course calendar. Competition is always fierce for medals in every age group and was no different again this year.

The Caradon Masters competing this year were Vicki Buck, Paul Hatton, Sam Crosby and Mick Swift who all performed admirably. Against some very strong competition there was a bronze medal for Vicki and Sam and a Silver and Bronze for Paul.

Mick Swift opened up his National Championships by swimming his opening race, the 50 breaststroke in a seasons best time before moving onto his freestyle events, Mick a seasoned breast stroker has this season decided to focus more on his freestyle and has actively taken all the challenges that have been set during training. This really paid dividends up in Sheffield where he swam a brilliant 100 freestyle again a comfortable seasons best time, before moving onto the longer freestyle events where he swam in the 200 & 400 events, swimming both races in his fastest time since 2011!! Hopeful next year Mick will also take on the 800m.

Paul Hatton’s first race was the 1500m freestyle and had to work very hard, he opened very strongly and really had to dig in deep for the final 400m which he did and achieved a well deserved personal best: the second in just two weeks. Paul went on to swim the 400m freestyle in a season best time and to take the Bronze medal.

On the final day, Paul took on the race he was most looking forward to the 800m freestyle, taking great confidence in the race, knowing that 2 days before he had swam the opening 800m of his 1500 freestyle in under his current Personal best time. Paul had a race on his hands there were 2 other Competitors in his heat all with their sights set on the Silver, but in order for Paul to win it he knew he had to beat them. Paul swam a controlled race knowing what needed to be done, touching the wall 7 seconds under his time in a PB of 10.12.12  …and was able to watch the other 2 swimmers touch the wall knowing he had secured 2nd place.

Vicki Buck took on the 100 Backstroke with gusto and fought her way through the pack to take the Bronze medal. Vicki also put in two great swims in both the 100m and 50m freestyle events.

Sam Crosby took on a trio of Fly events 200,100 and the 50! Sam gave a strong performance in the 200 taking a well-deserved 3rd place and the Bronze Medal. Sam swam both her 200 and 100 Fly in a seasons best time and finished off with a Short course PB in the 50 Fly.

Huge Congratulations from Brett and all of Team Caradon.