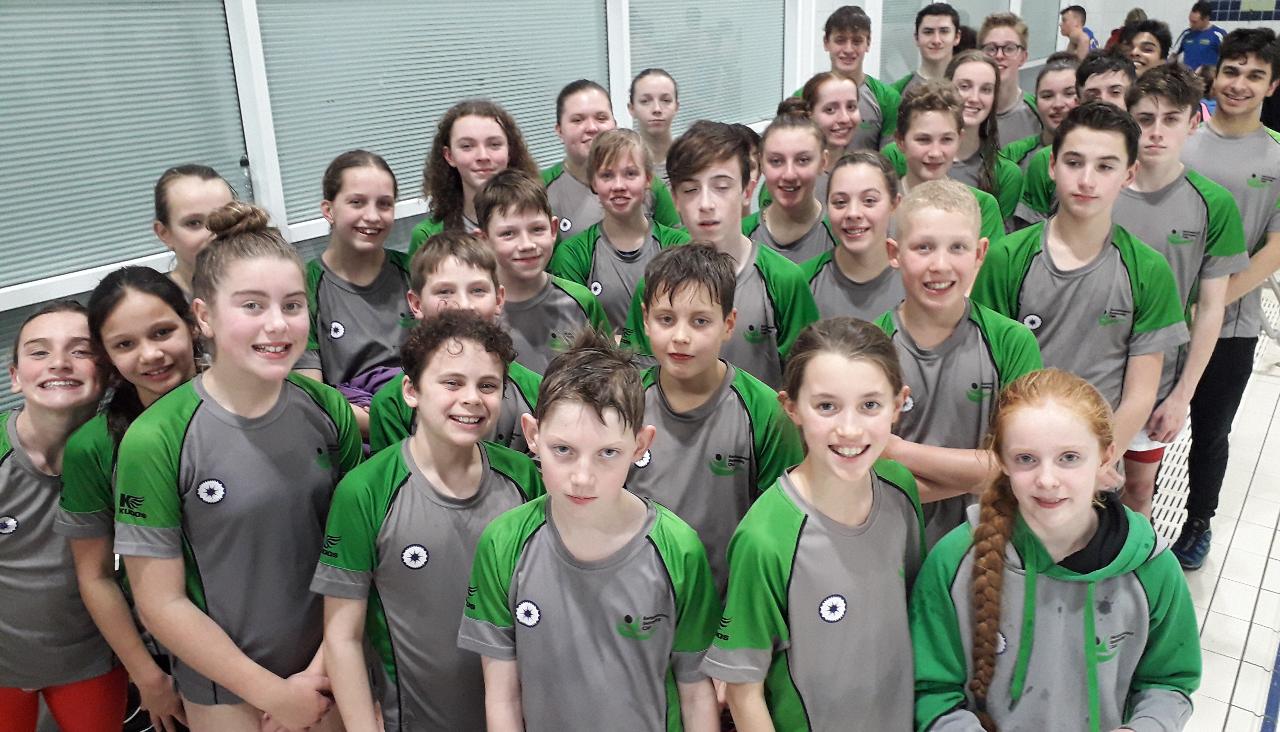 Firstly a big thank you to all those who volunteered for poolside without whom we could not do these events;

Officials - Annette Connell & Mark Strakosch and Sara Jones who I do hope got a chance to get some mentoring.

With the New Year less than a week old it was straight into the annual League Season for Berkhamsted SC and a tough fight in the first round of Herts Major League.

Having been relegated to the 2nd tier in 2018 the club found themselves back at the top table following the withdrawal of a couple of teams but always knew they would be in for a tough season and so it proved.

A final placing of 6th on the night hid the effort levels and sense of satisfaction that the squad had at the end of the night.

The sole victor of the meet for BSC was James Chennells in the second race of the night, the Men’s Open 100m Free. Following a fast start, he controlled the race throughout and managed to hold on to take the win in 53.51, a time which broke the oldest standing record on the club’s books, set at the 2013 Herts County Champs and a pb by 2/10ths of a second.

There was one additional club record from Eva Lawson in the 10/11 years 50m fly. Her 34.69 chopped a massive 2.19 seconds from her best which was also the previous club best as she duelled it out with the Watford swimmer, eventually settling for 2nd on the touch. This will give her great confidence going into County Champs in 2 weeks time.

Immediately prior to James Chennells’ swim, new Club Captain Vicky Ayles returned to something like her best with 1:10.29 in the Ladies’ Open Free.

Issy Whitaker has come on in huge leaps recently and further reduced her own month old best in the 50m back, clocking 39.02 for 3rd place.

Issy MacDonald was surprised to be swimming the 100m Fly but showed the value by slicing nearly five and a half seconds from her best, including a 50m pb at half way of 37.92.

Tamsin Moren posted her fastest 100m breast since her knee op, challenging for the lead throughout before touching third in 1:23.54 for the 12/13 age group. In the same event for the boys Alex (Zander) Kalverboer improved just under half a second with 1:27.06 for 4th. His attacking swim also saw him shave his 50m pb at half way as well, to 39.72, his first time under 40 seconds, so his speed is definitely there.

For the Girls’ 14/15 100m Free Daisy Laing took off a huge chunk (more than 6 seconds) to record 1:13.30 and then Dan Chennells in the boys race was determined to be aggressive and managed a 50m pb of 26.74 at half way. His fast start caught up with him in the final metres as he tried to go 57.84 for 3rd, just outstretched in the finish but now knows he can take races out hard.

After Ruby Liddle had set a new 50m free pb of 35.64, leading off the girls’ 9/11 free relay, handing over to Emily Jones, Lara Connell and Eva Lawson for 4th place, the best placing of the first set of relays came from the 12/13 girls, Tamsin Moren, Lydia Wisely, Lara Coster & Abbie Briers. The quartet finished 2nd as, in a close finish they ran out of room to catch the winner despite closing throughout.

The second set of individual races produced Eva Lawson’s 2nd in the fly followed by a pb for Abigail Briers in her 100m free, lowering her best time to 1:08.71 as she closes in on the best in the County, picking up 3rd place. Immediately after, Eze Svichla-Fekete, in his first ever 100m race clocked 1:26.79 as an inaugural pb.

Ruby Liddle then lowered her 50m free best by another half a second as she posted 3rd place in the 9/11 years group.

The relays also saw a lead off 50m Free leg pb from Issy Soulsby dropping inside 30 seconds from a standing start for the first time to post 29.72 and another for Issy MacDonald who led off the 14/15 Girls free relay team of (Issy MacDonald, Millie Harrison, Daisy Laing & Evie Watson) with 33.83.

3 weeks of County Champs follow at the end of January & beginning of February so the next round of the league will be 23rd February.