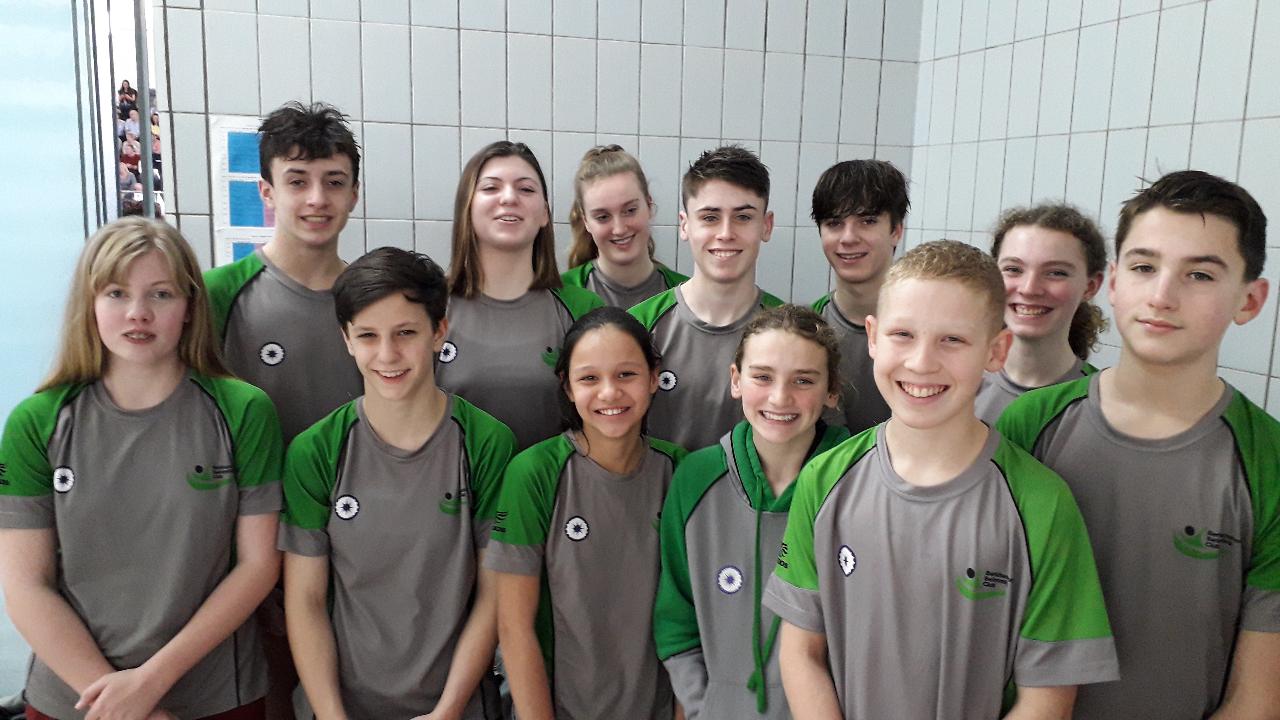 The second weekend of the Herts County Championships at The Venue, Borehamwood proved to be a real roller coaster of emotions for the Berkhamsted Swimming Club athletes ranging from elation to desolation.

The two days of competition began with the 50m Breast events. Alex Kalverboer and George Gray were in action for the boys with Alec Kalverboer settling for 11th in the 13 years age group.

Last week’s star turn, Eva Lawson, continued her good form, qualifying for her final in 2nd place and then backing that up with a pb and club best in the final to secure the silver medal with 42.22. Tamsin Moren also managed a final in the 14 years age group going a pb of 38.79 to qualify and replicating that in the final itself for 8th place. Fly specialist Ellen Northwood made a rare outing in the breaststroke and was on her entry time from this season in 39.51.

The Saturday morning session continued with the 200m free. Alex Kalverboer stepped up to improve his seeding from 10th to an 8th place finish in a pb of 2:28.72 whilst Dan Chennells, a first-year Open age group swimmer finished spot on his best with 2:07.64. Then Eva Lawson was in the water again smashing 4 seconds from her best to take yet another gold in 2:30.60, also a club record. Abbie Briers swam a superb race but suffered the disappointment of a disqualification for moving before the starting signal.

Tom-Holmes-Higgin suffered another disqualification for the club in what would have been a pb but Alex Kalverboer made his second final of the day slicing over 1.4 seconds from his best in 34.32 to make the final as 4th seed. He confirmed that in the final itself, coming home a strong 4th just a third of a second outside the medals. George Throne swam 32.29 with Callum Bullock claiming a new pb in 31.52 and Dan Chennells took club honours with his own best time of 30.38 storming down both lengths to win his heat easily.

Issy Whitaker was another first timer at this level and posted a solid 39.99 followed by Lydia Wisely improving to 36.35 with a particularly strong first 35m. In the same heat as Lydia Wisely, Eva Lawson took 2nd place to make another final as top seed in another best time of 36.06. Abigail Briers dropped her best to 36.88 whilst Tamsin Moren just about hit her pb time with 36.47. Issy Soulsby clocked 33.41 and in the same heat Abi Hewson took 3rd fastest seeding for the 15 years final in 32.65.

In the girls’ finals Eva Lawson took the win with a 2.5 second victory posting 35.57, another pb and her first Regional qualification of the year, a year young for the 11/12 age group. Abi Hewson also made her Regional time in the heats and replicated the time with 32.73 for 4th overall.

In the 200m Breast after Alex Kalverboer swam for the boys, Eva Lawson won yet another gold in 3:16.21. Her time won the event by 11 seconds, improving her own time by 9 seconds in a new club record again. Tamsin Moren posted 3:00.89 for 6th overall.

The final Saturday session of the middle week is always reserved for the fast and furious 50m Freestyle event.

Joe Harrison was not overawed by his first County swim hitting the pads in 36.39 for 13th. Alex Kalverboer was 11th, Briers 13th and Hewson 13th. Emma Hockney’s first County swim produced 32.13 just 3/100ths outside her pb and Eva Lawson took another top seeding for the final in 32.08 before pocketing another gold in the final itself in a pb and club best of 31.37to climax a good overall day.

Sunday commenced with the 50m Fly and yet another first timer in Lara Coster. Lara Coster placed 17th in a new pb of 36.51 and then Abigail Briers suffered the sadness of another disqualification for twitching at the start. She was to bounce back later in the day. Lydia Wisely went hard from off in the same heat as Tamsin Moren, shaving her best down to 34.84 after a barren spell. Tamsin Moren took club kudos with her own best of 34.28. Izzie Soulsby made 32.44 and Ellen Northwood 31.56 but it was Eva Lawson again who swam into the final with 36.70 as her extensive programme of events (she made every qualifying time available to her) slowed her from her best and then improved from 36.70 to 36.02 in the final itself, moving smoothly away up the second length to take the gold medal.

Lawson Gray’s inaugural County swim for the boys produced 44.12, Alex Kalverboer took 12th and Tom Holmes-Higgin took 4th in his own heat in a new time of 34.08.

The 200m Back allowed Eva Lawson to keep increasing the gold medal haul with a pb of 2:48.66, lowering her own club record in the process as Tamsin Moren also improved for 4th in her heat clocking 2:47.93.

Alex Kalverboer was delighted with his 7 second improvement to 2:37.02 which as well as being a Regional Qualifying time brought him a first medal of the series in the form of bronze by just over a second and Tom Holmes-Higgin went 2:49.83.

The final session saw Eva Lawson have to deal with disqualification in both the 100m IM & 200 Fly but with her determination she will bounce back even stronger in the final 2 days next weekend.

Tamsin Moren made the 14 years 100m IM final in 1:15.19 which was a pb and slowed just fractionally in the final itself.

Dan Chennells produced his best swim of the first 2 weeks lowering his best to 1:07.17 improving his seeding by 8 places from 21st to 13th.

Masters swimmer, Tracy Van DeVenter proved age is no barrier to improvement as she reduced her best time since her comeback, in itself only set in September, down to 2:54.81 and Ellen Northwood showed her usual strong second half to go 2:48.81.

Despite some of the disappointments the swimmers remained cheerful throughout and will look forward to the distance events weekend next week which also incorporates the relays which are sure to be the noisiest session of the whole series.