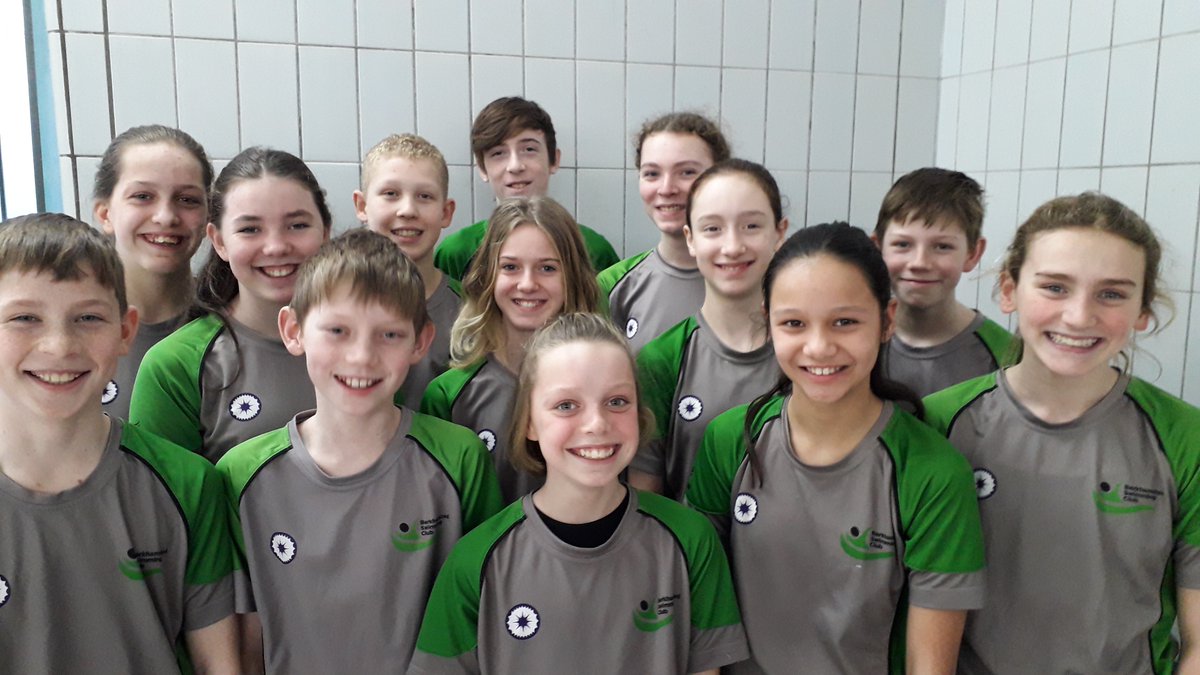 The last sessions of the Championship series was for the middle distance and distance events alongside the entertainment of the relays for all age groups. Berkhamsted SC had swimmers in the 400m Free & 400m IMs on the Saturday and 18 relay squads in action on the final, frenetic Sunday afternoon, involving 33 swimmers across 3 age categories.

Alex Kalverboer set the weekend off with a bang slicing 4 seconds from his 400m free time. Swimming an exceptionally well paced and even race he finished in 5:11.51 for a well earned 7th overall in the 13 years event.

Next up in the 400m Free was Eva Lawson who continued her domination of the 10/11 years girls’ events at the Championships. Going in with a personal best of 5:37 she initially found herself in a close tussle. In lane 3 for the heat the first 100m was spent alongside the swimmer in lane 4 before Eva forged relentlessly ahead. In the final analysis she split 2:35 and 2:40 for the 200m splits, taking the heat by over 25m and the Gold medal by 16 seconds in her age group. Her time of 5:15.81 dropped her own pb and club record by 19 seconds. She ended the series with 12 Gold medals and a silver from her 15 events. A fantastic series.

In the 400m IM Alex Kalverboer was first in the water for the club and proceeded to destroy his own best by 13 seconds. He began with a steady 100m butterfly moving into 3rd place by the end of the 100m Back leg by which time he was 6 seconds in front of his previous best split. He continued to press on moving further ahead of his best to finish with 5:57.47. Taking 3rd in the heat he picked up yet another 4th place overall.

Dan Chennells, in his first year in the Open category, once again swam right on his best time, clocking 5:23.67. Evidence of how he attacked the swim came in that his first 100m Butterfly was actually a personal best for the individual event itself.

For the girls Tamsin Moren stepped up to, again, attack the swim. Like Alex Kalverboer she ended 3rd in her heat having turned at the end of the first 100m in 8th place. Her strength comes in the latter stages of the IM, moving through on the back and breast legs to finish in 5:54.84, 7th overall and her first time inside 6 minutes.

The final individual swim came from Issy Soulsby and, after a season hit by study she swam a technically first class race, ending with 5:34.79 and another 7th place overall.

On the final Sunday County runs the relay session with 3 age groups, Under 14s, Junior (under 15) & Open  and the club ran squads in every event.

The second girls’ squad in the Under 14s was Emma Hockney, Eva Lawson, Lara Coster & Abbie Briers who picked up the best placing on the day with 5th in their Free. They hit the pads in 2:29.94 in the Medley and 2:09.76 in the free.

The U14 Boys comprised Alex Kalverboer, George & Lawson Gray plus Eze Svichla-Fekete in the Medley event with Lawson Gray replaced by Joe Harrison in the Free event recording 2:42.61 and 2:21.66.

The Junior events saw one squad from each of the Girls and boys.

Eva Lawson had to step into the older age group following a withdrawal and once more proved her capability, joining Tamsin Moren, Alex Farnham in her first County swim and Lydia Wisely in the Medley clocking 2:22.04 as a foursome. All the older swimmers swam faster than they have in their individual events.

In the Free event, Abigail Briers replaced Lawson, swimming the anchor leg in a rapid 30.09 as, again, their 2:07.67 beat the cumulative individual best times.

The boys had just Tom Holmes-Higgin who had qualified in individual events but, joined by David Graham, Yazeed Swarray-Deen & Tom Stoker the quartet performed beyond any possible expectation, all of them swimming faster than ever and Tom Stoker posting his first sub 30 second 50m free to anchor the Medley in 29.32 as they posted 2:22.88 and then in the Free relay their pad time was 2:07.01.

Then it was the Open relays which included Mixed races in both Medley & Free. Issy Soulsby, Evie Watson, Ellen Northwood and Club Captain Vicky Ayles teamed up in the Medley, once more swimming faster than their best times including Evie Watson going inside 39 seconds for 50 breast for the first time and Victoria Ayles inside 32 for the 50 free for the first time as well.

Cam MacDonald, George Thorne and Owen Strakosch welcomed back Louis Armitage into the club fold combining to record 2:02.01 for the Medley with the first 3 beating their individual pbs. Then Dan Chennells teamed with Harry Thorne,  Euan Donald another returnee and James Chennells to go inside 2 minutes for their Medley which included a storming anchor leg from James Chennells picking up places all the way with a 24.22 leg and a final time of 1:59.52.

The Free relays saw the girls clock a 2:03.43 whilst Cam MacDonald and Owen Strakosch were joined by Callum & Harrison Bullock. They finished in 1:51.92, all quicker than their individual times, yet again and finished with an amazing leg from Owen Strakosch showing previously unseen speed off the turn to post 26.98 for his leg and catching the swimmer outside him in the last few strokes.

In the following heat, James Chennells stormed off the blocks to give his squad a lead with his first under 25 time from a standing start (24.87) handing over to Harry Thorne (26.88 – first time under 27), George Thorne (27.07) and Dan Chennells (25.67 – first time inside 26) as they placed a remarkable 2nd in their heat in 1:44.49. James’ 24.87 beat the oldest remaining record on the club books, the Open Boys’ 50m free, set in 2013, the year the club was formed from the merger of Berkhamsted Sports centre SC & Berkhamsted Barracudas. In addition, the foursome set a new 4 x 50m Free team record.

This just left the Mixed events, in the Championships for the first time. Issy Soulsby, Euan Donald, Callum Bullock and Victoria Ayles finished the Medley relay in 2:11.94 and then, in the final race, the Mixed Open 4 x 50m free James Chennells slowed a fraction (25.06), Ellen Northwood, in what might be her final County swim (as she is off to Uni in the Autumn) signing off with a sub 30 (29.95) Evie Watson 31.83 and an anchor leg from Dan Chennells. Dan Chennells exactly equalled his final leg time from just minutes before with 25.67 and the squad ended 7th in 1:52.51 to end a fantastic 3 weeks of competition with another Club record.

The relays were populated with many swimmers at the bottom end of their age groups so there is even more to come as they all mature and progress.