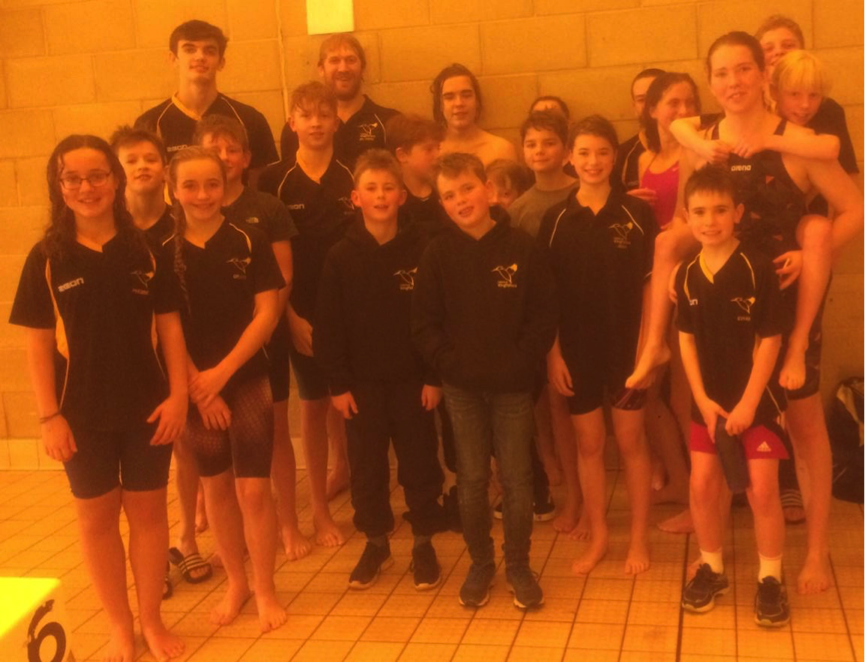 Cheddar Kingfishers Swimming Club started the New Year by travelling to Cheltenham to take part in Round 1 of the Cotswold League, swimming against teams from Dursley, Backwell and Cheltenham.  Against very strong competition the club won thirteen of the 53 races and finished second in fifteen, in the process setting new club records for the girls thirteen and under and girls fifteen and under Freestyle relays.

The final event of the evening was the always-exciting canon, in which two swimmers from each age group swim as a Freestyle relay team. The Cheddar team of Jemima Seagrove, Stella Arnold, Megan McClumpha, Millie Warren, Charlie Halford, Jack Brimm, Harry Read and Simon Toogood were just pushed out of first place by the Cheltenham team but finished in a very strong second place.

Overall the team finished in third place, this was a great start to the Cotswold competition and showed how well the team and the coaches have been working in training.