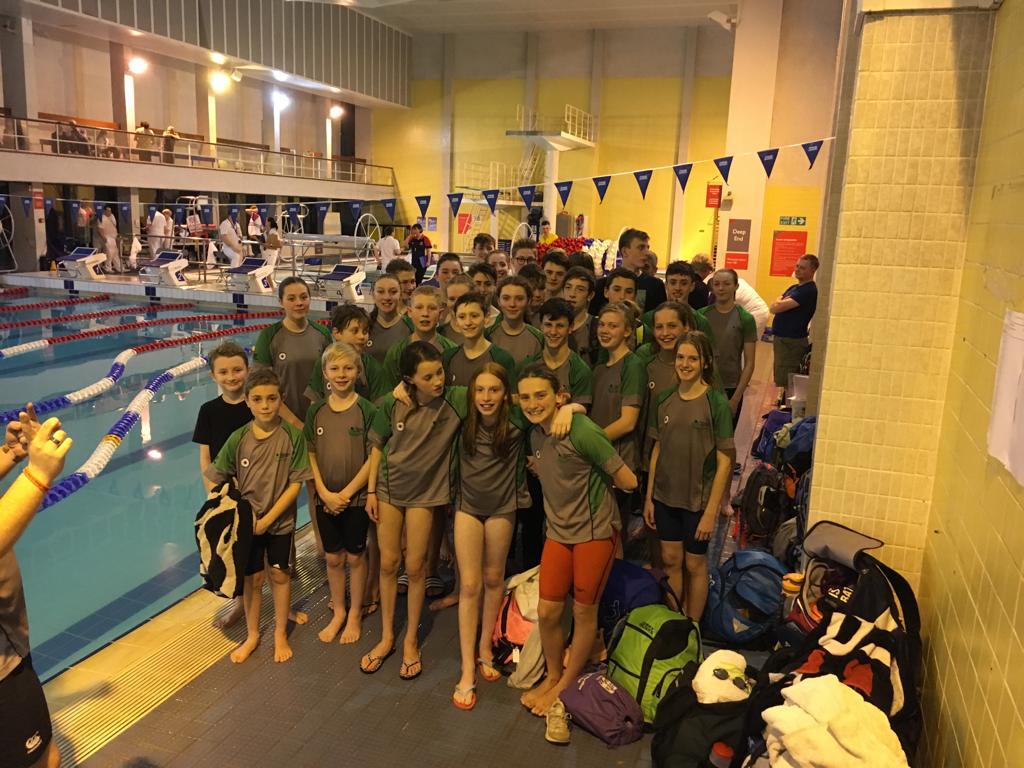 At the middle Round of the Herts Major League, Round 2 of 3, held at Everyone Active, Hemel Hempstead, the team was hit by holidays and belated injury and illness. As always those who stepped in performed incredibly well although the final result of 6th on the night does not necessarily reflect those efforts.

The night began with victory for Amy Pemberton as she returned from Plymouth college to represent the club, she is so proud to wear the hat for, clocking 58.93 in the Open Free. She was followed by a still suffering from illness, James Chennells. He stepped up as always to claim a merited 2nd with his second ever 53 second 100m Free, posting 53.56, just 0.05 shy of his all time club record.

Into the first set of relays the club, as always gain better placings with their ‘It’s all about the team’ mantra, than the sum of their individual swims.

Ruby Liddle’s Free led off the leg for the 9-11 Girls Free relay was faster than she has ever swum before in 34.92, handing to Tilly Anderton (again home from Millfield and called in at the last minute, showing how much the team ethic suits the club), Lara Connell & Eva Lawson) and for the boys, Hugh Burnell-Smith, Luca Warr & Ollie Brandwood were all first timers in the league alongside relative old hand William Barnes.

In the U14 Free events it was Tamsin Moren, Chrissie Soulsby (another last few days inclusion), Lara Coster & Lydia Wisely for the girls together with Kalverboer, Eze Svichla-Fekete, Pierce Philbin & Tom Holmes-Higgin for the boys.

Tamsin Moren, more normally seen in the breaststroke, took on the 100m Free and clicked home in 2nd place, smashing out an 8 second best time of 1:07.69 with Pierce Philbin also taking his time down by nearly 7 seconds to 1:18.38.

There were 4th & 5th places for Ellen Northwood and returnee Euan Donald in the Open 100m Fly and then Tilly Anderton showed her improvement posting 37.50 for the 50m free with Ollie Brandwood not phased by his first effort in the league setting his own best with 44.00.

With many more meets in coming weeks it is a busy time for everybody involved and these swims set them up nicely.