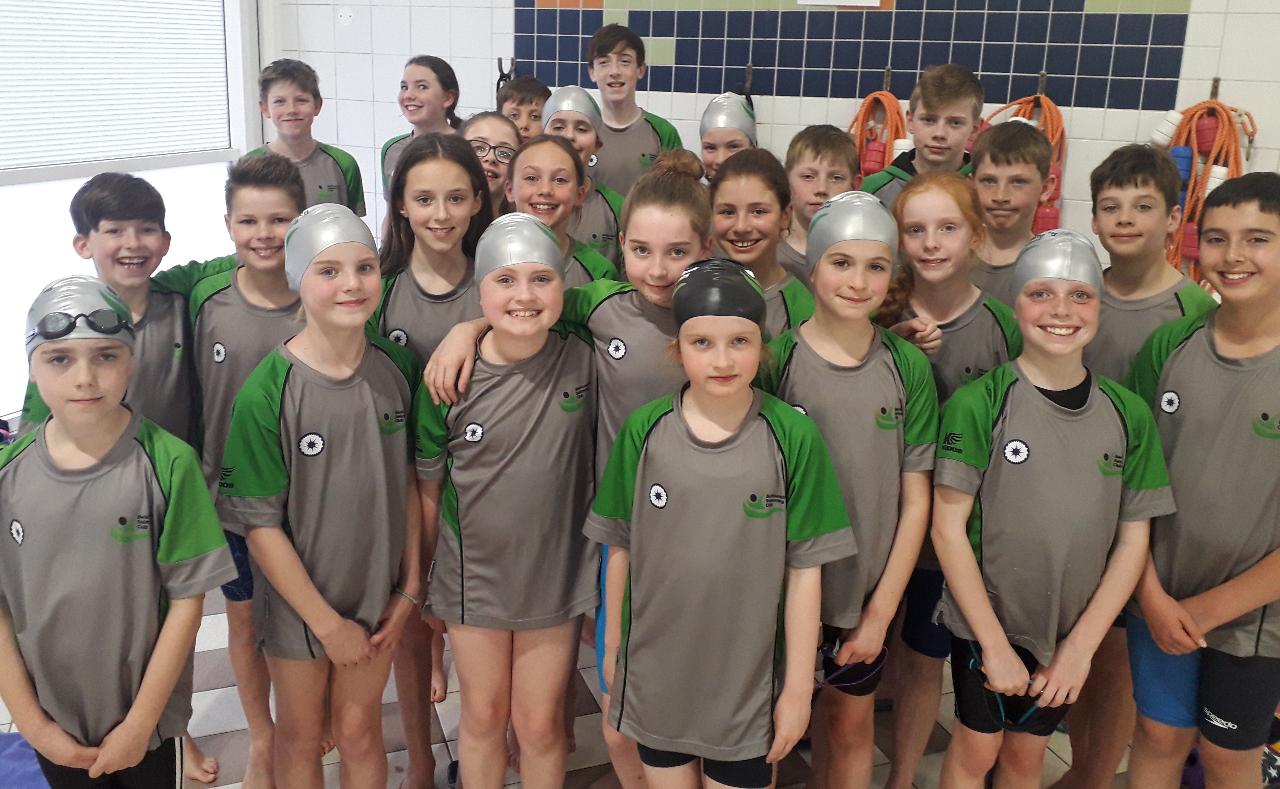 Over the last week or so Berkhamsted SC athletes have had several opportunities to show their talents. The novice / junior squads went to Furzefield, Potters Bar for the South Herts trophy and turned in some excellent performances.

The night began with Ava Bartlett slicing over a second from her 25m Fly time in the 9 year old category for 3rd place with 23.57. Sadly, the club currently had only one 9 year old boy in membership and so were unable to put out a 9 years boys squad, an opportunity for any 8 & 9 year olds boys who would like the opportunity to swim for a local club!

Seren Majed, in hr first ever competitive gala, stormed home to win the 10 years freestyle in 16.94 & Luca Warr in his first individual race clocked a pb of 21.55.

For the 11-year olds, Charlotte Whittle swam 6 seconds faster than ever before and William Barnes improved to 45.27 in their respective 50m backstrokes, followed by 12-year olds Emma Hockney and Darshan McGregor setting new best in their 50m breast stroke events, both with a big smile at the end.

Another first timer, Isabelle Snowden clocked 23.15 (4th) in the 9 years 25m Free and then it was back to the fly for Nell Coster whose infectious enthusiasm bubbled through for 2nd in 19.19 for the 10 year old fly.

In the first set of relays Ava Bartlett, led of Bella Cliffe, Isabelle Snowden and Sophie Davies in the 9 years 4 x 25m Free to a respectable 1:25.96 only to be disqualified as a team for an early takeover.

Then Coster began the girls 10 years Medley relay on backstroke to Charlotte Holmes-Higgin, Seren Majed & Ava Bartlett, who was straight back up into the higher age group for 5th in 1:32.12. The boy’s squad, in the same event, Louis Clark, Oscar Moffatt, Lawson Gray (who stepped in only because he was there with his brother, to cover an absent sick swimmer) & Lucas Warr picked up 3rd in 1:31.22.

Final relays of the first half were the 12 years Medley. Seren Diehl led the girls off on backstroke, followed by Kate Hopper, Emma Hockney and Amber Tooker to 3rd in 2:59.34 and the boy’s squad of Eric Batt, Eze Svichla-Fekete, George Gray & Darshan McGregor, again, came 5th in 2:59.34.

Back to the individual races and Sophie Davies was just shy of her Herts League time from the previous gala in 25.08 (25m Back). Seren Majed romped to her second win of the night in the 10 years 25m breast in an impressive 22.48 with Lawson Gray 2nd for the boys in 21.50.

Seren Diehl had been concerned about her 50m fly but gallantly swam up in the 11 years group claiming 2nd place in a massive 9 second best time of 41.87.

In the 50m Free Amber Tooker swam 3 seconds faster than ever before but missed the wall on her turn with a goggle malfunction. Meanwhile Eze Svichla-Fekete showed new confidence after being part of the team for recent Herts League and showed great speed to hammer home 4 seconds faster than before in 33.09 for the 12-year olds.

10-year-old Austin Clements gladly took on the 11-year olds and was pulled to a 4 second improvement in his 50m breast before Emma Hockney and George Gray (45.15, pb) rounded out the individual races with the 12 years 50m fly.