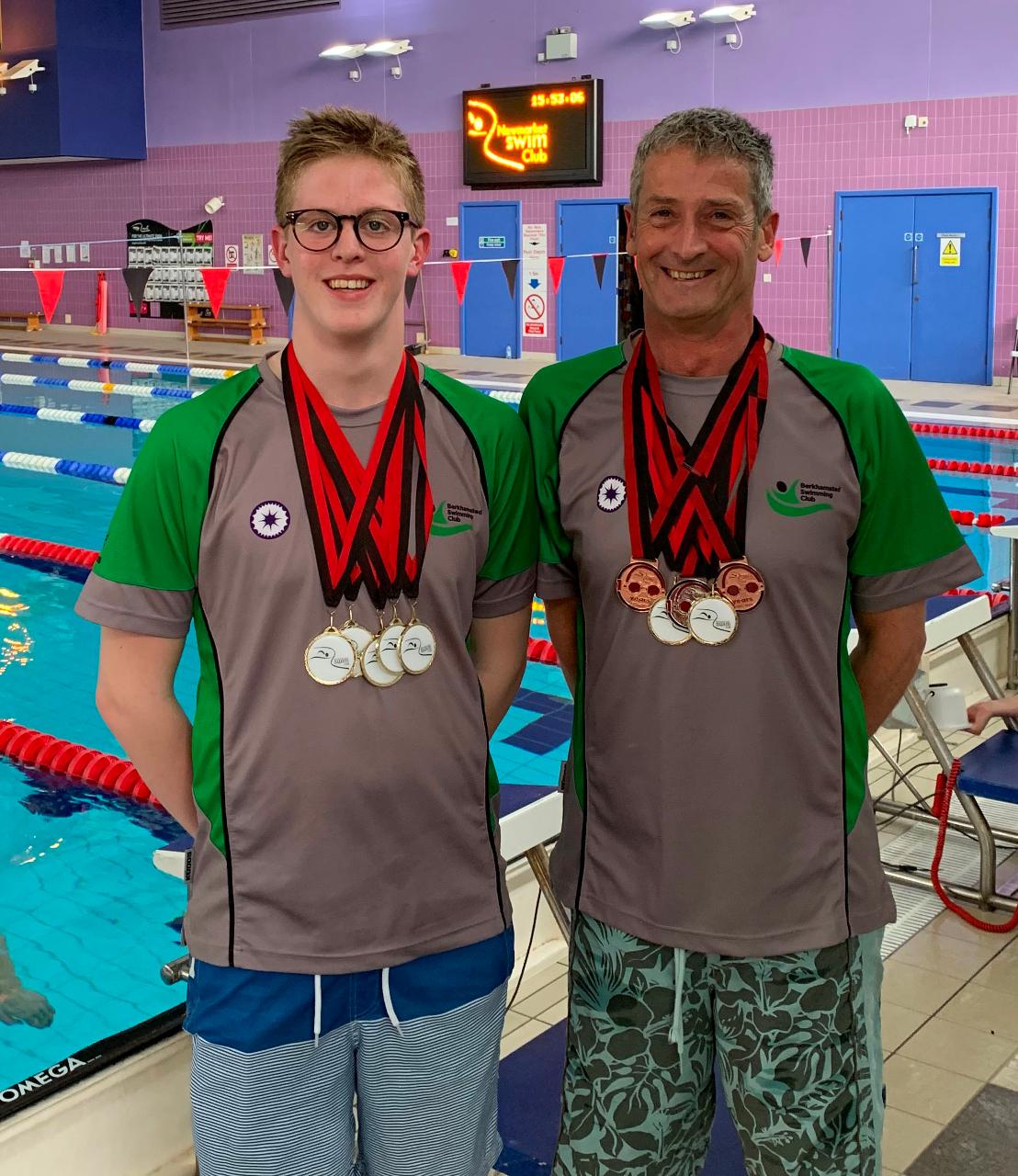 Newmarket Masters meet has often been a rich seam of medals for Berkhamsted swimmers and this year was no exception with Mark & Owen Strakosch clearing up 10 medals (including 7 Golds) from their 10 races.

Their meet began with the 400m Free which brought gold in their respective age groups for both in 4:28.55 for Owen, his second fastest ever and 5:05.45 for Mark whose season has been compromised with an elbow injury which has affected his training, or this could be just old age

With just a very short rest before his 50m free sprint, Owen understandably showed signs of fatigue recording just 28.59 although this still brought his 4th gold of the day and then Mark was up for the 100m breast. Lack of practice yardage at speed showed although he was, once again, pleased to come away with bronze for his 1:36.63.

This left just the 100m Free for them both. After Mark posted 1:08.79 for the silver medal performance, Owen tired once more to crack the 60 second barrier. Despite his 4 previous efforts he continued to close in on the iconic time posting 1:00.64 for the gold. On a day when he is a bit fresher and can push the first half of the race a little harder he will, undoubtedly smash through that ceiling and continue his current progress up the rankings.

Another good day for the club’s Masters swimmers.