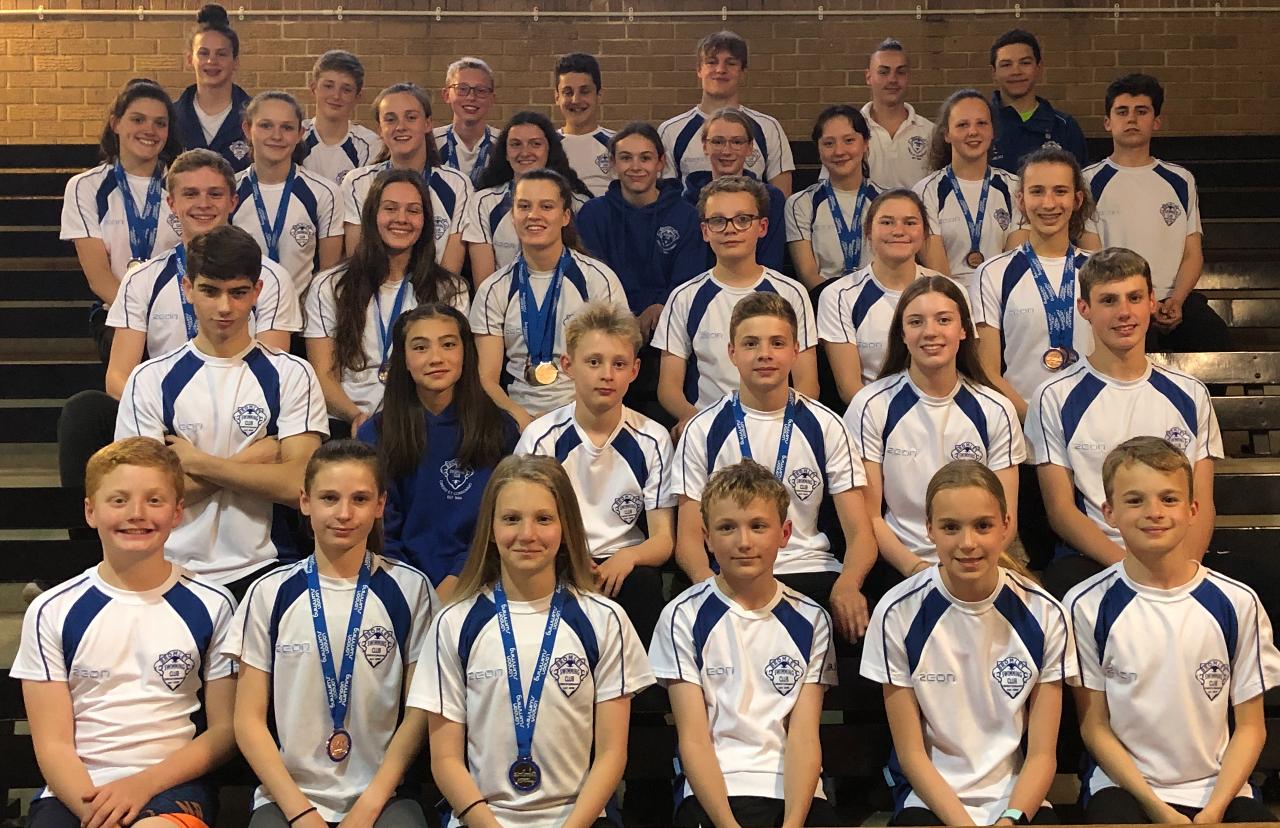 Bromley’s 15+ year athletes dominated at the London Regional Youth Championships this year. The group of 23 swimmers brought home a total of 56 medals over the three-day competition including 15 Gold, 23 Silver and 18 Bronze, and were crowned top club in London from their fantastic results.

Fresh from their recent success at British Championships, Imogen Meers, Tamryn Van Selm, Evie Davis and Eliza Powell all continued to show their quality. Eliza (15) came home with three Gold medals in the 50m, 100m and 200m Breaststroke as well as Silvers in the 200m and 400m IM. Eliza also broke two Junior London Records in the 50m and 100m Breaststroke. Tamryn (15) dominated the freestyle events taking Gold in the 50m, 100m, 200m and 400m Freestyle with teammate Evie (15) hot on her heels with a Silver in the 50m, 100m and 200m and Bronze in the 400m Freestyle. Both girls also medaled in the backstroke events. All-round sprinter Imogen Meers (17) managed to medal in every stroke with a Gold in the 50m and 100m Backstroke and Silver in the 50m Freestyle, Breaststroke and Butterfly as well as the 200m IM.

The girls were on top form with four relay teams also making it to the podium, three of which have been confirmed as having qualified for the National Championships in Glasgow this Summer.

We also had lots of personal best times and a number of swimmers competing at this level for the first time. Well done to everyone for their fantastic achievements.