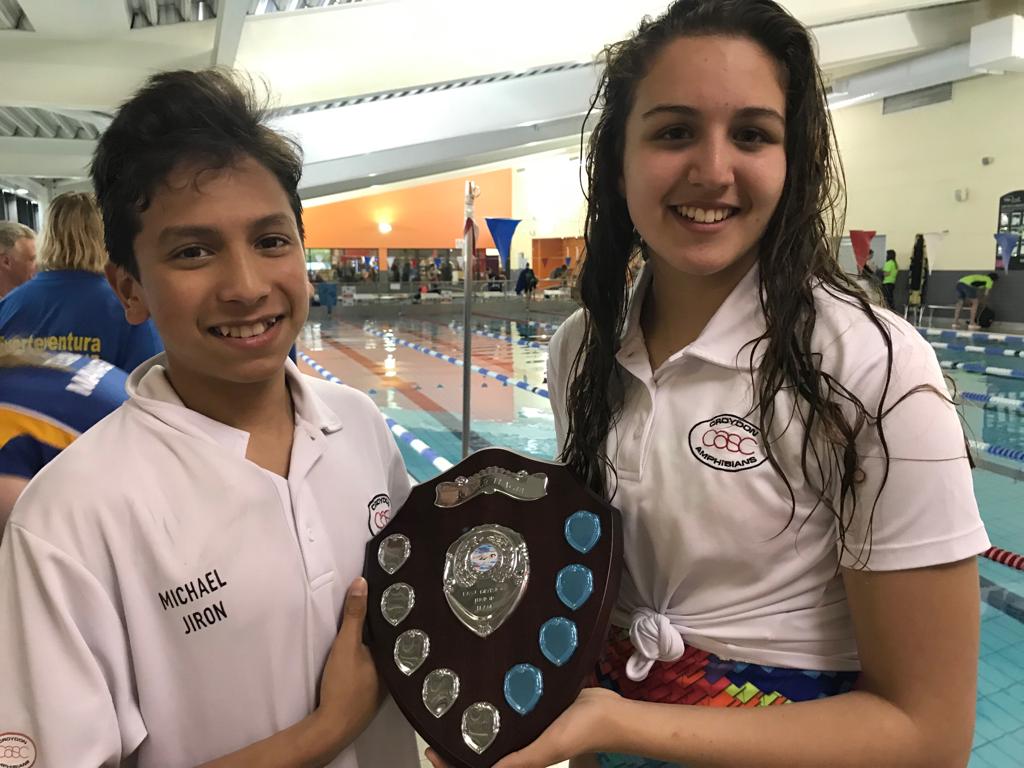 On 18th May, a team of 28 Croydon Amphibians aged 9 - 13 set off for Godalming Leisure Centre to compete in the Rother Junior Trophy. After a strong 2nd place last year we were hopeful of a good performance, despite having depleted numbers due to illness, school exams and the Regional Championships happening on the same day.

Facing tough opposition from Woking, Rushmoor Royals, Alton and the hosts Godalming, our young swimmers got us off to a flying start, winning three of the first four races and putting us into an early lead. After the first 10 events we had built up an eight-point lead and didn’t relinquish that lead throughout the rest of the evening of swimming. After 20 events we were nine points ahead and by event 30 the gap had grown to seventeen points.

And so it continued, and with one event to go we held an unassailable nineteen point lead.  The final event of the competition was the squadron relay, which is a 10x25m freestyle relay made up of a boy and a girl in each of the five age groups (U10 to U14), and it proved to be our crowning glory with our young swimmers finishing almost 8 seconds ahead of our nearest rival.

A fantastic and well deserved win for our swimmers.