Caradon at The British Masters Championships 2019 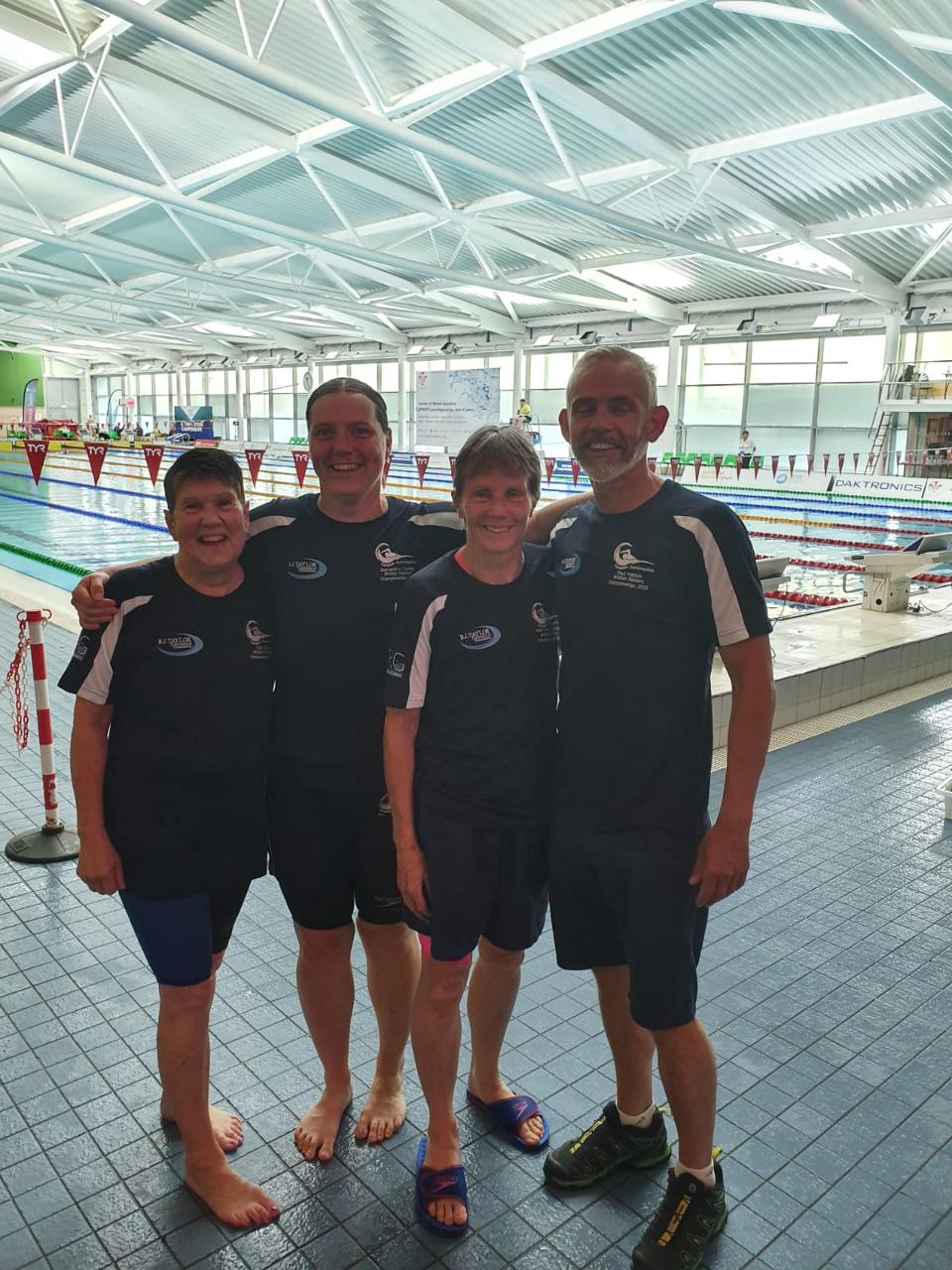 Over the weekend of 14th-16th June four members of Caradon Swimming Club travelled up to Swansea to compete in the British Masters Championships, the highest level of domestic Masters swimming in Great Britain.

The event takes place in a long course 50m pool and this year was the turn of Wales to host the event, which rotates between England, Scotland and Wales every year.  It sees Britain’s fastest Masters swimmers in action and it’s not unusual to see World, European and British records broken.

Samantha Crosby competed in 6 events over the 3-day competition. Sam’s first event was the 100 metre Freestyle, a very heavily contested event in which Sam swam a great race and achieved a new Long Course Personal Best.  It was Gold for Sam in her next race as she won the 100 metre Butterfly, before finishing her second day of competing with another long course personal best, in the 50 metre Freestyle .   Sam’s final day saw her take on the 100 metre Backstroke and the 200 metre Butterfly. Sam ended her National Meet by setting yet another personal best in the 100 Backstroke and winning the Silver Medal  in the 200 Butterfly.

Paul Hatton swam in the 800, 400 and 200 metreFreestyle events. He opened his campaign with the 800, which he swam well keeping a good solid pace and came 2nd to claim the Silver Medal.  The final day  was the 400 Freestyle for Paul, the competition was strong, but Paul again put in another strong performance and used all his strength to take the Bronze Medal.

The Caradon Masters really did themselves and the whole Club proud. Congratulations!