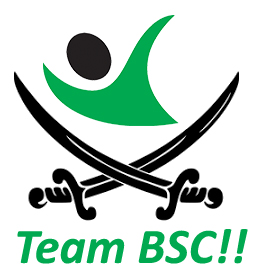 As always a big thnak you our volunteers and officials who supported Club and swimmers at this meet.

No one could fault the effort of Berkhamsted’s athletes in the final gala of the year as they travelled to Braintree and the Arena League Round 3. Seeded 5th out of the 6 teams in the gala they claimed 7 victories on the night, 9 second places and 6 thirds, to finish in a meritorious 4th on the night. But for 3 avoidable disqualifications they could have finished in 3rd place.

After Issy Soulsby placed 2nd in her Open 200m IM the first win of the night came from the 9-11 years girls’ Free relay. Strong swims from Ava Bartlett, Saff Harding and Nell Coster set up a final storming leg from Seren Diehl who took the win with great finishing skills in the last 5m in 2:24.76. They also took 2nd in their Medley really towards the end of the gala.

Nell Coster also took the first individual win for the team in her 50m fly again motoring away on the 2nd length to take first just over 1.5 seconds clear of second in a new pb for her of 38.78.

Alex Kalverboer, in his last team gala for the club signed off in style winning his 12-13 years 100m Back in 1:12.00, leading from the off to win with clear water and made it a double in the 100m free, touching first in 1:03.63 having powered clear in the first 50m and then holding his form to set a new pb.

Alex Kalverboer’s free win was the second in a run of 3 wins from events 37 to 39 which swung the battle for 4th and 5th potentially decisively. Abbie Briers began the run with her own 100m free victory. Showing renewed confidence in her ability to race hard she lead the whole way finishing 2 seconds ahead of the rest.

Tamsin Moren was the class of the 100m breast field in the 14-15 years girls to compete the hat trick of victories in 1:21.92, showing a clean pair of heels to the others right from the off and finishing with a margin of over 5 seconds.

The 12-13 girls relay squads placed 2nd in their Medley relay, Emma Hockney, with a 50m back pb, leading off to Mia Maslen Wollington, Lara Coster & Abigail Briers who claimed the 2nd in the last 5m with another show of finishing skill in 2:27.47. With Kate Hopper coming in for Mia Maslen Wollington on the third leg of the free relay the quartet posted the win in 2:07.92 after a race long battle with Broomfield Park, eventually proving too strong by almost 3 seconds.

The 12-13 Boys (Eric Batt, Alex Kalverboer, Ronan Philbin & Ezi Svichla-Fekete) replicated the second place in their Medley in 2:26.27. Eric Batt’s 50m back lead off leg was also a pb by over 2 seconds in 35.46. Eric followed that up by swimming up an age group with the lead off leg for the 14-15 years Free relay and promptly managed another pb of 32.18 as well teaming with Pierce Philbin, Hugh Clare & David Graham.

In the Open 100m Fly Zac Patel showed further excellent underwater skills off the start and every turn to place 2nd in 1:00.95, just outside the elusive 60 second barrier and in the 12-1 100m Back Mia Maslen Wollington chopped a massive 3 seconds from her pb going 1:20.71 for 2nd with a strong, controlled swim.

The final individual events saw a 3rd place for Ellie MacDonald in her second fastest ever 100m free by just 2/100ths and finished with a huge cheer for Euan Donald as he finally cracked the 60 second barrier recording 59.37.

Nat Costelloe swam his first ever team gala with the club in the relays. Izzy MacDonald completed the 14-15 girls squad with Lydia Wisely & Alex Farnham.

In the second set of relays, after the 9-11 girls 2nd in their Medley, the final race of the gala was the Open Boys 6 x 50m Free relay. Zac Patel began with a lead off leg that left them in front, Owen Strakosch went second, Chris Hughes went third handing over to Euan Donald and Dan Chennells after which it was down to Alex Kalverboer swimming up 2 age Groups and setting his fastest ever 50m free leg in 28.75 to anchor them home. The finishing pad came just a meter too late as he was just out touched for second, placing 3rd in 2:44.81 in what was a club record. A great way for him to sign off and for the club to end their calendar year of competition.

We look forward to the County Champs in January and the Herts League team galas from February to March in early 2020.