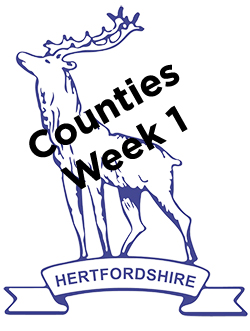 Leading the way with 2 silver medals was Tamsin Moren and Fergus Reid also picked up a silver and there were 11 finalists from the club.

Caitie Walters set the tone from the first event dropping over 3 seconds in her 100m fly heat, placing 3rd from the 8th seeded lane and making the club’s first final, qualifying 8th in 1:20.67. In the evening’s final she improved even more clocking her first sub 1:20 with 1:19.65 to finish absolutely delighted in 6th. In between she also managed 1:11.84 for her 100m Free.

Tamsin Moren’s first event was the 100m Free and she romped home in her heat clocking a further 3 second improvement to go 1:04.04 and make the 15 years final as second fastest qualifier. Her aggressive start was such that she also set a 50m pb at half way with 29.83. She was joined in that final by Lydia Wisely who made her first ever County final, winning her heat convincingly in 1:07.03 for a pb. In the same heat as Lydia Wisely, Kate Hopper’s first ever County swim produced 1:09.95 for 15th overall. Abbie Briers then made it 3 successive heat wins for Berkhamsted’s girls as she came home in 1:05.79 leading convincingly from the start to make the final in 7th place.

Newcomer Josie Reid also improved to 1:10.34 in her Freestyle heat.

In the back both Alex Kalverboer and Fergus Reid made the final with pbs of 1:10.52 & 1:07.80 respectively. Fergus Reid’s pb was also a club record. Owen Strakosch posted 1:10.39 before Cam MacDonald showed real grit and determination improving to 1:07.12 and taking his heat on the touch having led from the off and gradually being reeled in by the eventual second placed swimmer but holding on in the final 5 metres.

After Caitie Walters had shown how strong she is in the fly final by moving up the rankings, Alex Kalverboer and Fergus Reid went head to head in the backstroke final. Alex Kalverboer tired after his breaststroke as well posted 1:11.27 for 7th place whilst Fergus Reid took Club bragging rights with the first medal of the meet, collecting silver in 1:07.94

Abigail Briers was always in the mix in her Free final improving still further to 1:05.82 in what was her first 100m final at this level.

Lydia Wisely clocked a 69 for 8th in the 15 years final whilst Tamsin Moren showed her new confidence by leading for 99m of that final before being just touched out in yet another pb of 1:03.03 for a second silver medal for the club on Day 1.

The Sunday began with the 200m IM for both boys and girls.

Tamsin Moren claimed another heat win with her new found aggression showing through again improving to 2:36.67 and this was good enough to claim another silver medal, making it 3 for the club in the first 2 days. Issy Soulsby’s first race of the meet produced 2:36.01 for 3rd in her heat.

In the boys’ fly, Philbin twitched at the start to be taken out before the Alex Kalverboer / Fergus Reid internal competition happened again as they were drawn alongside each other. Fergus Reid led the pair for the first 3 lengths before Alex Kalverboer’s slightly more even pacing saw him surge past in the final 5m to take the 8th place in the final with 1:14.58 against Fergus’ 1:14.63 both setting 2 second pbs.

Chris Hughes swam aggressively as always to finish in 1:07.22. Euan Donald regretted not going out quite hard enough but should feel pleased with his 1:05.79 in a season beset by injury and Ish Rahim finished an agonising 9th, one place off the final, in 1:02.12.

Mia Maslen-Wollington showed great skills around the walls as she equalled her pb time in the 100m Breast with a 1:36 clocking and then followed another 3 successive heat wins for the club’s girls. Kate Hopper started it all with a 2 second pb of 1:31.40 as she also improved her seeding by 6 places to end up 12th in her age group. Next up was Lara Connell who amazed herself by slicing 4 seconds from her best to go 1:29.41 and claim a place in her first final as 8th qualifier. She was then followed by Evie Watson who always saves her best for the County Champs and led all the way in her heat to clock 1:25.18 for 14th. It was then down to Tamsin Moren for the last individual race of the session and she came in 2nd in her heat in a new best time of 1:21.35 to make another final in 4th place. Once again, both Lara Connell and Kate Hopper went so hard they set pb times at 50m in their heats with 42.35 & 42.36 respectively.

The first 2 days of the Champs ended with the boys’ 400m Free and Alex Kalverboer was in again, swimming the race slightly differently to his normal attacking nature he had enough left to really pick up the pace in the last 50m and finish the weekend with another new pb of 4:54.73 for 10th against an original seeding of 11th. Owen Strakosch swam a well-paced race to go 4:31.76 and end the weekend in 8th overall.

It was a very good first series for the club and they can look forward to the remaining 2 weekends with confidence.