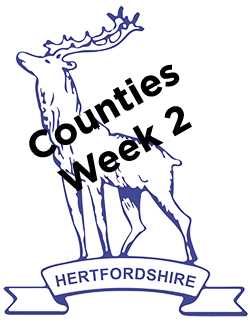 Zac Patel’s stunning win in the Open 50m Butterfly was the standout moment of another successful two days of swimming for Berkhamsted’s athletes at Borehamwood. Having won his heat comfortably in 26.32 he repeated the effort in the final on Sunday night. The crux of his victory was his superb underwater skill off both the start and turn. In an event normally dominated by the big power swimmers Zac Patel is relatively slight but testament to the fact that working on the soft skills can pay dividends. The field all hit the turn at the same time across all 8 lanes but Zac Patel found a metre lead as he surfaced at 12 metres off the turn and held the lead to comfortably win by 0.4 seconds on the final touch in 26.29 for the club’s first Championship victory for a couple of years.

Tamsin Moren’s return to fitness continued with more superb swims. On Saturday she began with a 35.17 pb in the 50m Back then made the final of the 50m Free by going another pb of 29.65 in her heat to qualify second, finishing her day with 5th in the 200m free. Sunday saw her rip down the pool to take another silver in the 50m Free final as she improved again to 29.13 in the first of what was to be 6 swims on the day. In the 50m Breast she qualified in 3rd with another pb of 37.11 then smashed her 100m IM best to make the 100m IM final as fastest qualifier in 1:12.51 followed by a heat win and pb in the 200m Free, touching in 2:22.79 for 6th. In the day’s finals she repeated her 50m Breast heat time with 37.29 for 4th and then  picked up silver in the 100m IM where a super comeback in the second half of the race saw her close an 8m gap during the breaststroke leg and push the gold medallist hard down the final 25m to finish with another improvement to 1:11.94.

Lydia Wisely is another to have found her form in this Championships and made a second final in the 50m Back clocking 34.15 (pb) in the heat for 5th qualifier and finishing the final just fractionally slower in 34.45.

In her first Championships, Kate Hopper has shown impressive maturity and on Sunday made her first final in the 100m IM qualifying 8th with a pb of 1:20.20 and improving her placing in the final to come home 7th in 1:20.35.

Abbie Briers, another returning from injury, showed all her renowned fighting qualities to gain her first sub 30 second clocking in the 50m Free and make the final in 7th with 29.85 finishing the final in 8th slowing a fraction to 30.10 and then dropped her 100m IM time down to 1:17.19 as well.

The last of the club’s finalists was Issy Soulsby who, after a slightly lack lustre 50m Back stormed back to make the final of the 100m IM in 4th place with an impressive 1:11.91 and improving the time in the final to 1:11.83.

Seren Diehl, another first time County Qualifier, took 2nd in her 50m Back heat, improving 2 seconds to go 38.20 and Issy Whitaker also improved her backstroke best with 37.80 as did Mia Maslen-Wollington, posting 37.13 and Abi Hewson was just 3/100ths outside her best ever, clocking a season’s best 32.91 to win her heat.

In the 50m Free Ish Rahim swam his first pb of the meet in 25.76 making a Regional summer meet time in the process.

Mia Maslen-Wollington continued her improvements with pbs in the 50m Free, lowering to 32.47 and then in the 200m Breast where an attacking swim saw her lead for the first 150m of her heat before the lactate set in and she came home an excellent 3rd in the heat in 3:25.96 showing first class skills around the walls in particular.

Lara Connell and Kate Hopper resumed their breaststroke rivalry from last week in the 50m event with, this time, Kate Hopper just coming out on top by 6/100ths of a second as they swam 3 lanes apart in their heat coming home 2nd and 3rd in the race in 42.01 and 42.07 respectively.

Emma Hockney, Dan Chennells, Euan Donald and Lawson Gray were the club’s other swimmers over the 2 days of competition.