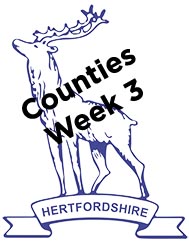 Again a very big thank you to all the volunteers/officials over the weekends for their support and help, for Geoff coaching swimmers at the sessions and not forgetting the coaches back at base running the training sessions, also Alison for all the entries and behind the scenes admin. Geoff tells me this is the best Counties for a number of years

The weekend began with the girls’ 50m Fly and Seren Diehl completed her first County Champs with a 39.82 pb while Caitie Walters dropped her best to 35.69 finishing 3rd in her heat with a great finish. Keira Wharton’s return to competition produced a satisfying 31.64 and club newcomer, Josie Reid, swimming under her old club hat of CoStA, recorded 35.04 to qualify 8th for the 13 year olds final. Abbie Briers was the final swimmer from the club and also set a pb with 33.84. In her final, Josie dropped still further to post 34.48.

The Boys’ 50m Back saw Alex Kalverboer, in his last competition weekend for the club before making the reverse journey to Josie Reid, post a pb of 33.40 to make his own final and there were pbs for George Thorne (31.42) and Dan Chennells (30.27). Ish Rahim made the Open final with 29.14 to go in 6th for the evening and Chris Hughes clocked 31.37. In the final Rahim improved his seeding to come home 5th lowering his heat time further to 28.44.

The Club has a history of over performing in the longer events given its lack of water time for practice and with the Girls up first in their 200m Back, Lydia Wisely produced 2:55.37 & Tamsin Moren picked up 6th place with a 3 second improvement to clock 2:41.74, Josie Reid clocked 2:55.50.

In the reverse events late in the evening, the tired swimmers shone further. Caitie Walters began the session with a 7 second improvement to go 7th overall with 3:09.14 including a superb final 50m to claw her way back to 5th in the heat. Chris Hughes & Owen Strakosch took 6th and 7th respectively in the Open Age Group in their own private race in the final heat of the 200m Back whilst Alex Kalverboer collected his annual medal in the 200m Back improving on his 2019 bronze to pocket the Silver medal lowering his best by 3 seconds to 2:31.14 for a great end to the day.

The final day’s only individual races were the 400m IM. Issy Soulsby was just off her best with 5:37.04 but Tamsin Moren’s great champs ended with her 5th silver medal as she stormed through the second half of the race to go 5:39.04 and Alex Kalverboer finished with a magnificent 17 second personal best as he tore after the 2 leaders in his heat with a little too much left in the tank on the final 100m Free.

In the relays sessions a good indication of the merit of the swims is if the teams swim a faster time than the sum of their personal bests.

The first races were the mixed events and in the Under 14 Medley relay Eric Batt, Mia Maslen-Wollington, Ronan Philbin & Kate Hopper did just that finishing 2nd in their heat with 2:25.02. The mixed Under 16 Free saw Alex Kalverboer, Abbie Briers, Lara Coster and Ronin Philbin, up again just minutes after his earlier race, claim 9th overall. The Open Mixed Medley comprised Issy Soulsby, Evie Watson, Zac Patel & Chris Hughes and picked up 8th in 2:05.50.

Eric Batt & Ronan Philbin were the busiest swimmers competing in many events including swimming up the ages due to illness but fought manfully, joining Caitie Walters & Kate Hopper in the U14 Free relay, improving their combined pbs by over 3 seconds to go 7th in 2:06.87.

Eric Batt was up again with Tamsin Moren, Lara Coster & Alex Kalverboer for 11th in the U16 Medley in 2:16.40 and the Mixed finished with the Open Free led off by Dan Chennells, Issy Soulsby, Abi Hewson & Chris Hughes for 7th in 1:52.42.

Onto the individual gender relays and another 7th for Mia Maslen-Wollington, Lara Connell, Caitie Walters & Kate Hopper who again swam faster than their combined bests for another 7th in 2:26.70 and the same foursome improved to 6th in the Free relay at the end, dropping some 3 seconds in the U14 events.

The U16s produced a 6th place for Abbie Briers, Emma Hockney, Lydia Wisely & Tamsin Moren (2:01.00) for their Free and for the Boys Alex Kalverboer led the younger Eric Batt, Ronan Philbin & Austin Clements superbly to 2:12.17 in their Free changing out Clements for Gray in the Medley and 2:29.88.

The Open relays allowed Ish Rahim, Dan Chennells, Zac Patel & George Thorne to finish 8th in their Medley (2:00.46) & an exceptional 5th in their Free with the Girls, Issy Soulsby, Evie Watson, Kiera Wharton & Abi Hewson going 7th in both, 2:11.33 for the Medley and sub 2 minutes in the Free, clocking 1:59.76 to complete an exciting 3 weekends of competition.