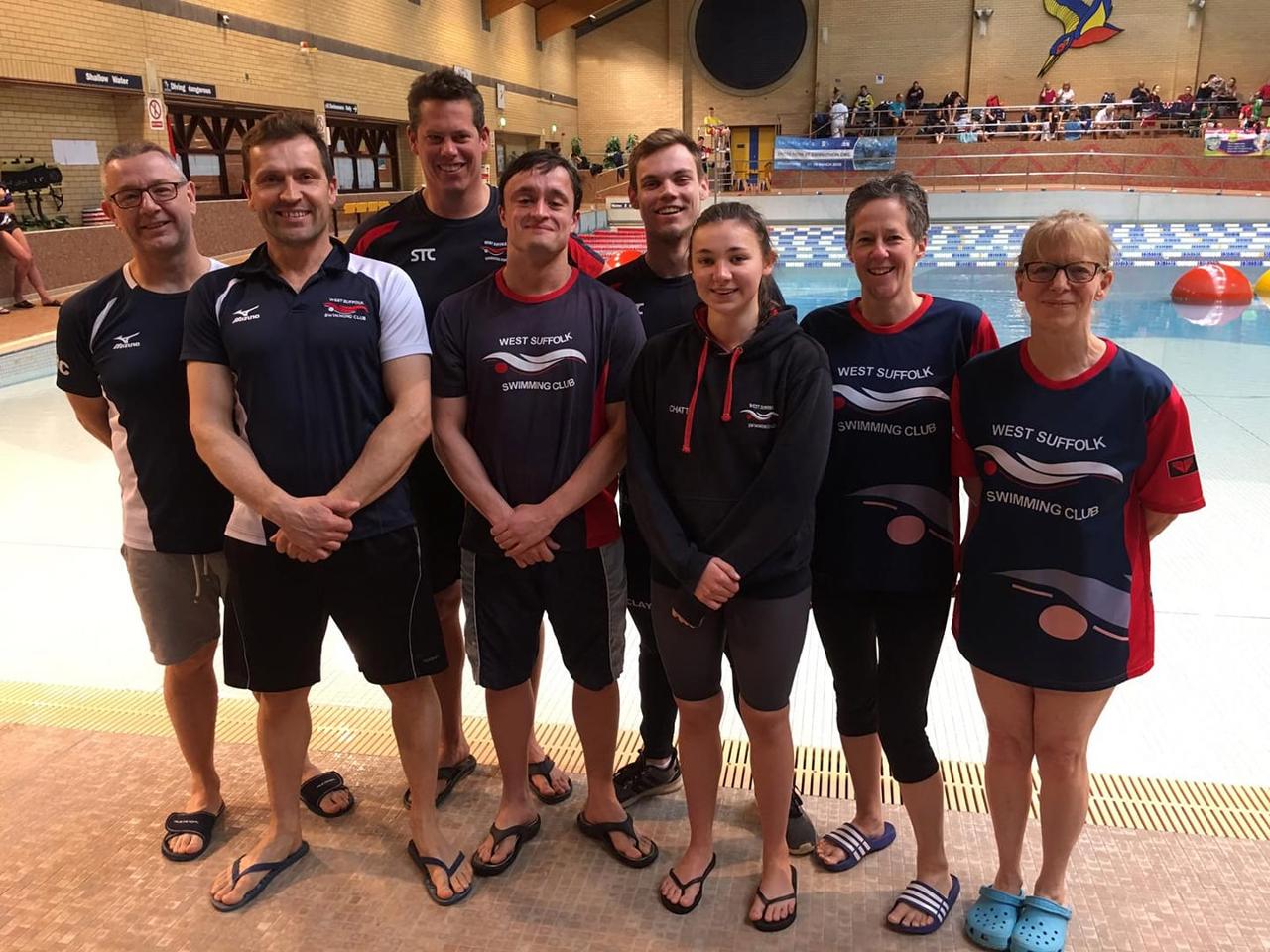 West Suffolk Swimming Club’s Masters squad competed in the 25th Anniversary of the Sudbury Valentines Open Meet on Sunday 16th February 2020. The first masters meet of the new decade for the 8 WSSC swimmers who competed at the competition. The meet also doubled up as the 2020 Suffolk Masters Championships, so Suffolk’s best masters, along with some entrants from outside the county as part of the open meet, were the competition that our masters faced.

The eight WSSC masters competed in 47 events, in terms of overall placings in the open meet, West Suffolk finished in the top 3 41 times, of which many more were upgraded to county medals due to outside competitors being ineligible for Suffolk awards. In their respective age groups, which in masters are 16-24 (Seniors), and then age brackets increasing in 5 year increments to our oldest competitor at 61 years young, we were one of the strongest masters squads in the competition, facing teams such as teamIpswich’s new masters group, Ware masters, Team Anglia and many more established Masters teams from as far away as Athlone in Ireland and a team in Greece.

The competition was started with the 400 Freestyle, with WSSC swimmers Fiona Brittain, Steve Coe, John McKenny and Maureen Wright all winning Suffolk gold medals in their respective age groups. All of the 50m, 100m and 200m disciplines were contested alongside the 400m Freestyle, with Ryan Clay, Andrew Kimpton, Peter Edmunds and Charlotte Allen competing alongside the four aforementioned swimmers in these races. Outright competition victories for John, Ryan and Andrew in 5 races was supported by an outstanding 8 county medal haul by both Fiona and Maureen. The standards set by these swimmers was astounding.

Special recognition to a non-WSSC swimmers must go to 79 year old Mike Read, swimming for Sudbury in 8 events, one of which being 200 Fly, there’s not many 79 year old’s who would have the heart to do that.

Thoughts for West Suffolk now turn to the upcoming competitions in Newmarket and Norwich in the coming months. If you wish to discuss joining masters or competing at one of the upcoming masters events, please don’t hesitate to contact Ryan at masters@westsuffolkswimming.co.uk. 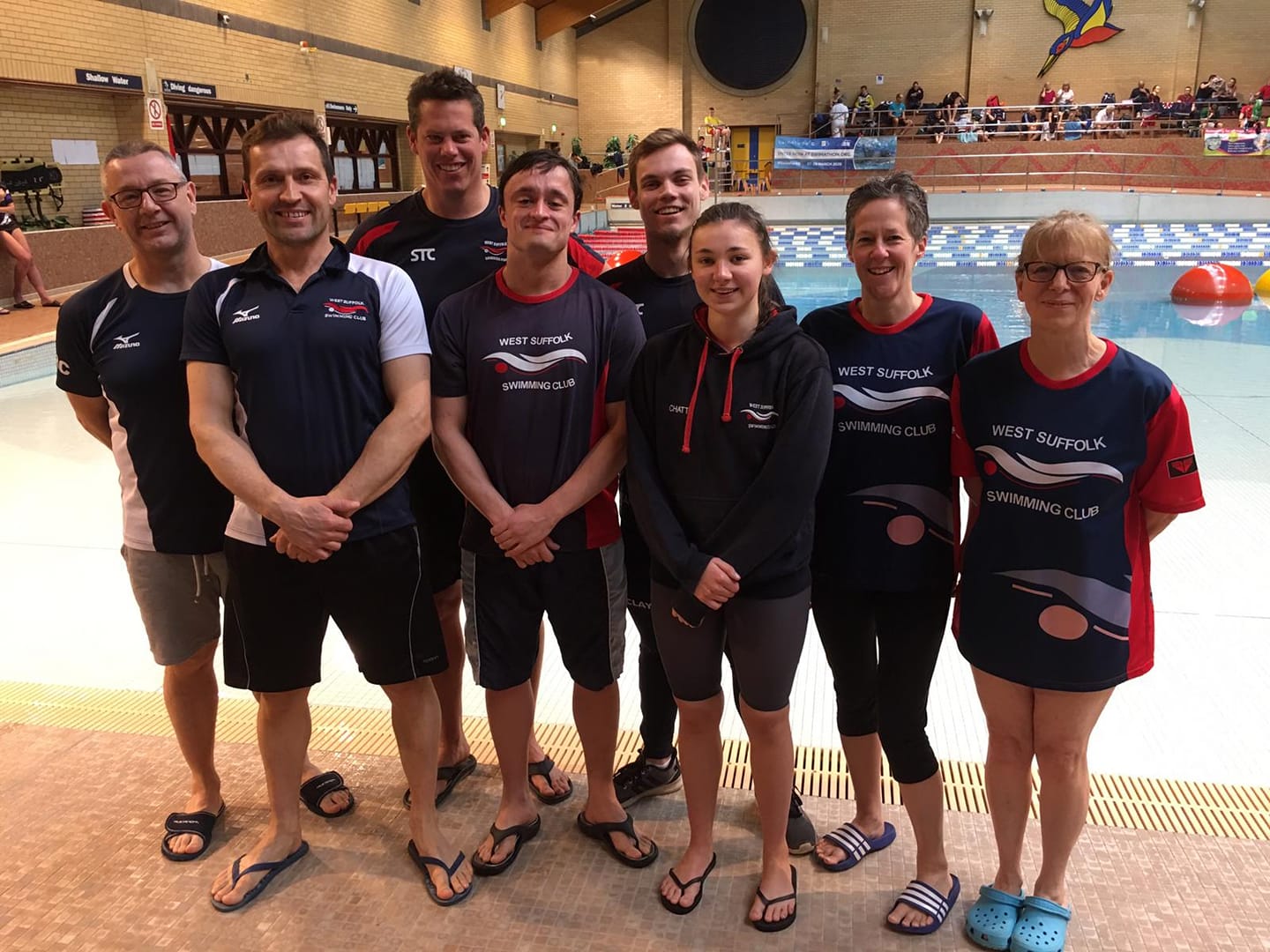