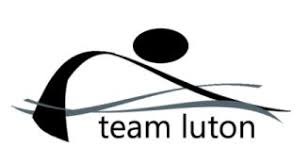 For the third successive weekend swimmers from Berkhamsted SC were at the races. This weekend just 5 athletes went to the Luton Long Course Spring Open, taking the rare opportunity to race in a 50m pool.

First timers in a 50m pool competition were 11-year-olds Lucy & Will Franklin along with Josie Reid who is 14. The 50m pool allows for significantly slower swim times than a 25m pool due to there being fewer turns.

Josie Reid was next up in the 15 years 50m back claiming 6th place in 35.22 before both she and Kate Hopper were up for the 100m Free. Josie went first, touching the pads in 1:07.07 which equates exactly to her short course best. Kate then took the first of 2 bronzes for the club. Having set her short course pb just 2 weeks before she was working on some differences to her race plan finishing in 1:04.01 which was almost a second faster than her converted pb.

The evening session saw Tamsin Moren join Kate at the meet. She began with the 200m back dropping her 2-year-old Long Course best by nearly 9 seconds to touch the pads in 2:48.88 for 6th in the Open category.

Then, the two of them raced the final event of day 1, the 50m free going head. Tamsin was a fraction outside 30 seconds but in another long course best time of 30.83. Meanwhile, 4 lanes across the pool, Kate, at half way was mid-pack before coming through strongly at the end to take the heat in her first sub 30 long course, 29.84 for another bronze medal.

This left the final session which saw Will Franklin be the only boy from the club to compete over the 2 days and he was pleased with his 35.70 which equated to his SC best.

Tamsin returned again for the 200m IM finishing with 2:48.20 for 5th place before she and Kate resumed their breaststroke rivalry in the 200m Breast. This time they were again in the same heat but just 2 lanes apart. The whole race there was nothing between them. Both turned at half way in a 1:30 before Kate proved just the stronger in the final metres to take club bragging rights with 3:08.68 against her club mate’s 3:08.93.

Kate finished her 7-race programme with the 50m fly where she was, once again faster than her converted best clocking 33.54.

The meet was well organised and the swimmers all came away having learnt a lot about racing in a 50m pool and look forward to the rest of the season with confidence.