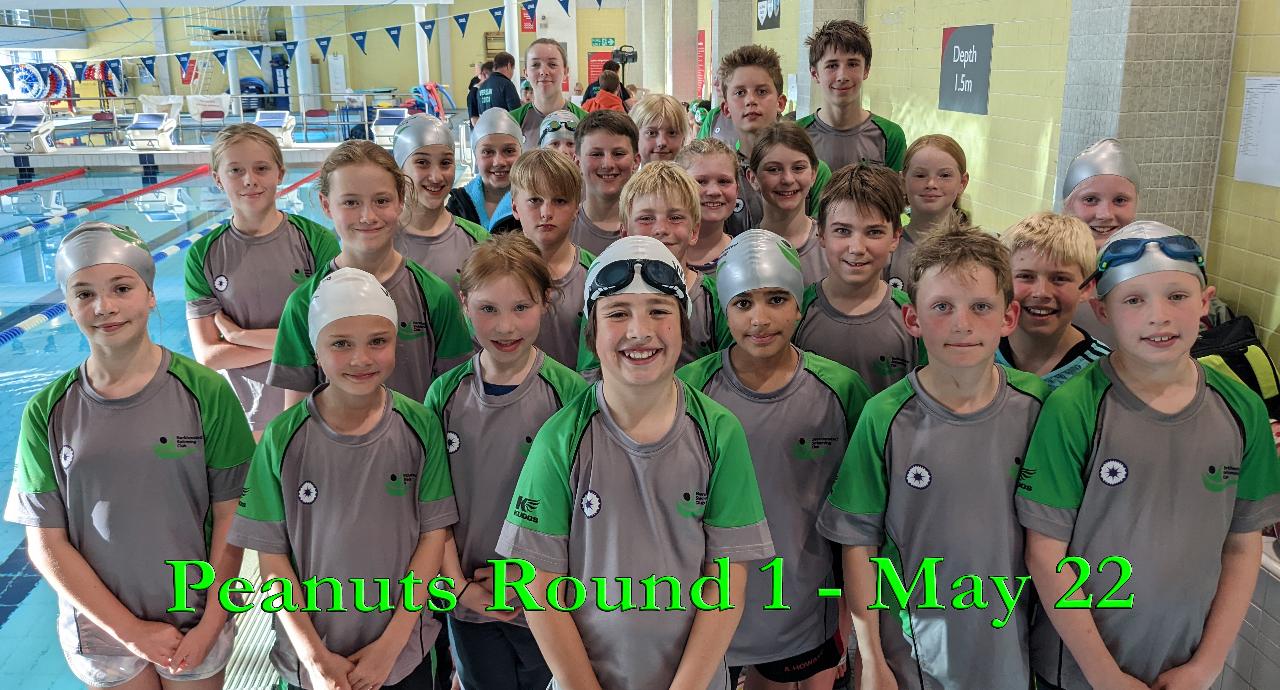 After the individual successes at both County and Regional Championships it was back to basics for Berkhamsted SC’s junior swimmers with the Herts Peanuts (912 years) League on Saturday at the Hemel Hempstead pool.

24 youngsters, 12 girls and 12 boys took part for the club with most, like just about all the 5 clubs at the gala, were having their first experience of a team, league gala. The 9 & 10-year-old races were all 25m swims and this was a first for most of them as well with open meet and even internal club races being 50m or further. All bar the 11-year-old fly races were 50m events for the 11s and 12s.

For the 9-year-olds Mia Monksmith and Oscar Moss set the ball rolling with their 25m fly races with Mia Monksmith claiming 2nd (22.30) and Moss 3rd (24.95). In the backstroke Darcie Carder, 3rd in 25.51 and Sam Childs, 4th in 29.04 both had good swims before Emily Besent swam through her field from 5th of the dive to touch first in the 25m Breast, chopping nearly 5 seconds from her previous best in 27.30 and Moss returned to the fray improving on his 3rd place to come home 2nd in 26.75. The final 9-year-old individual was the 1 length Freestyle where Emily Besent sliced another 2 seconds from her best with 20.29 for 3rd and Sam Childs posted 20.64 to come 2nd in a very tight finish with the Hemel swimmer.

Sophie Zdesar survived her goggles coming off on the dive in the 10-year-old free, coming back to win her heat in 18.10 by almost half a second. Rafe Lawson was a clear 2nd for the boys in 19.11 before Sophie Zdesar was back in the water again to take second with a strong looking butterfly in 20.20. Seba Quezada demolished his 25m fly best by over 7 seconds in 26.17 for 4th and then stepped in again for the freestyle touching in 2nd with 23.95 just behind the Broxbourne swimmer who won the race, whilst in the Breaststroke Maisie Harding showed determination to go 10 seconds quicker than she has managed previously to come in 2nd with 24.76 and Tom Broadwith showed a racer’s mentality with a battling 3rd in 27.61.

Backstroke was the first 11-year-old event and Sienna Wollington improved 8 seconds in her 50m (54.39) with Henry Mumford also 5th in 47.32. In the Breast Emilia Faccini clocked 56.20 and Matthew Ingham was a second BSC swimmer to suffer goggle malfunction off his dive but this did not put him off and he stormed ahead take 3rd in a new, 6 second best performance in 50.89. The Freestyle saw Amelie Manns and Joe Diehl in action. Amelie Manns claimed a 9 second pb for 4th (47.70) and Joe Diehl was all action from the start, coming up off his dive with a clear lead that he held to the finish, winning by 1.5 seconds in 34.23, a 2.5 second improvement. Finally for this age group was the fly with Sienna Wollington doubling up to take 4th in a 5 second best (55.51) and Matthew Ingham showing his strength again by also doubling up to produce a 3 second pb for second with 43.33.

This left just the 12-year-olds age group and they began with the breaststroke. Lucy Franklin looked super smooth up her final length to take a deserved 2nd place in 47.64, just a fraction outside her recently set pb, before Dylan Richards showed immense maturity to take the 12-year-old win, holding his form as he came under pressure in the closing metres to record a winning 41.83. Poppy Carbery has a reputation amongst the coaches for being a tough swimmer and she knocked 2 seconds from her 50m best in the freestyle, just running out of water to catch the 2nd placed Broxbourne girl as she came back strongly to record 37.98 and improve 2 seconds. Alex Howard is a very slight 12-year-old but his technique stood him in good stead as he touched home in 37.20 for 3rd place in the boys’ free. Poppy Carbery was also in the 50m Fly and despite her tiredness showed excellent form to slice off another 6 seconds for 3rd in 45.82. Will Franklin represented the boys and in a very tight race for 2nd just came out on top with 45.20 keeping things strong to take the place by just 0.2 seconds. Rose Llewhellyn kept up the pb process by dropping 5 seconds in her backstroke to stop the clock in 52.36 for 5th and Jack Moss also improved 3 seconds for his 2nd place in 44.83.

The placings throughout the gala fluctuated with BSC in 1st after 10 events, slipping to 4th after 20 races and back up to 1st after 30. It was real nail-biting stuff and remained very tight with the top 4 teams, BSC, Verulam, Tring and Hemel separated by just a few points throughout.

In such circumstances the relay events can play a vital part in the final outcome. This year the league has changed the relays to spice things up in terms of stroke and making them all mixed events. The first was a standard 4 x 25m Free for 9 & 10-year-olds which saw Emily Besent, Oscar Moss, Rafe Lawson & Roisin Rice combined to come home 4 seconds clear of the rest and a great start to the relays.

Then things changed with a 4 x 25m Fly relay and the squad of Mia Monksmith, Sophie Zdesar, Matthew Ingham & Will Franklin found themselves on the wrong side of a minor technical infringement and disqualification from a race in which they touched first. This race required a swimmer from each age group and was interesting to see the tactics of the various clubs.

Next up was the 4 x 25m breaststroke relay in the same format as the fly. Darcie Cader, Tom Broadwith, Joe Diehl and Lucy Franklin teamed up for a superb 2nd place in 1:43.51 as they all swam their socks off.

With the final 3 relays left there was still all to play for and this time the 9 & 10-year squad of Emily Besent, Sam Childs, Maisy Harding and Tom Broadwith swam strongly for 3rd place from start to finish.

The 11/12 years Free relay was easily taken by Hemel Hempstead with Tring in 2nd and Berkhamsted’s quartet of Joe Diehl, Emilia Faccini, Poppy Carbery and Jack Moss produced 2:34.42 for another 3rd place meaning anyone of Tring, Hemel or BSC could still come out on top.

The final squadron or Canon relay required 1 swimmer from each gender and each age group to compete in an 8 x 25m Freestyle relay. Typically, this race is the noisiest of the night and did not disappoint. Tring stormed home in first place with BSC’s group (Mia Monksmith, Oscar Moss, Sophie Zdesar, Seba Quezada, Sienna Wollington, Henry Mumford. Roisin Rice and Dylan Richards) delighted to claim 2nd which was good enough for overall 2nd behind a victorious Tring SC.

As usual, club hats were awarded for swimmers of the night to reflect not only excellence of swim but effort and team work and on the night went to Matthew Ingham, Poppy Carbery and Seba Quezada.

A really exciting night of swimming with 2 more rounds to come in June and July.