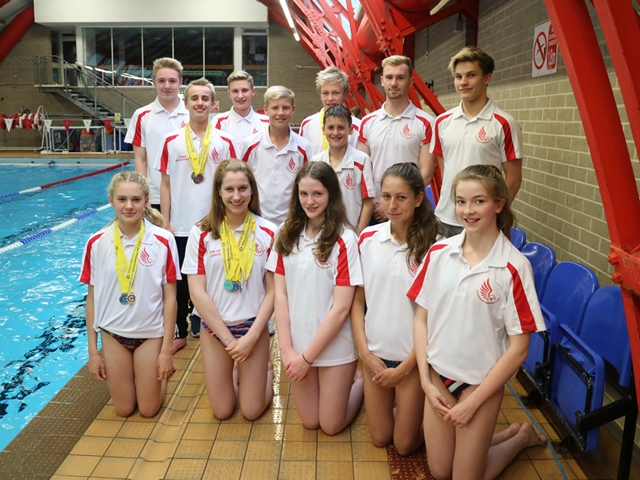 Modernian SC once again punched above its weight at the regional championships! Swimmers from the club competed across two weekends in May against the top swimmers in the ASA East Region. The club finished 7th on the medal table, the highest placed Bedfordshire club.

Chloe Lence set the pace wining Gold in the 400 and 800 Free following that up with swims in 6 finals resulting in 5 Silver medals!  Jamie McCaffray excelled in 200, 400 and 1500 Free and 200 Fly claiming Gold and picked up Bronze in 400IM. Max Wilson snatched Bronze in his final race 200 Free and sister Tia won Gold in 800 Free and claimed Silver in 200 and 400 Free. Owen Thomas was the prince of breaststroke claiming Bronze in the 50, 100 and 200 Breast.

Head Coach, Balázs Sasvári, said “I am delighted with the club results this season and will be looking to improve upon them next season and  I wish the national qualifiers all the very best for their various competitions across the UK this summer”.