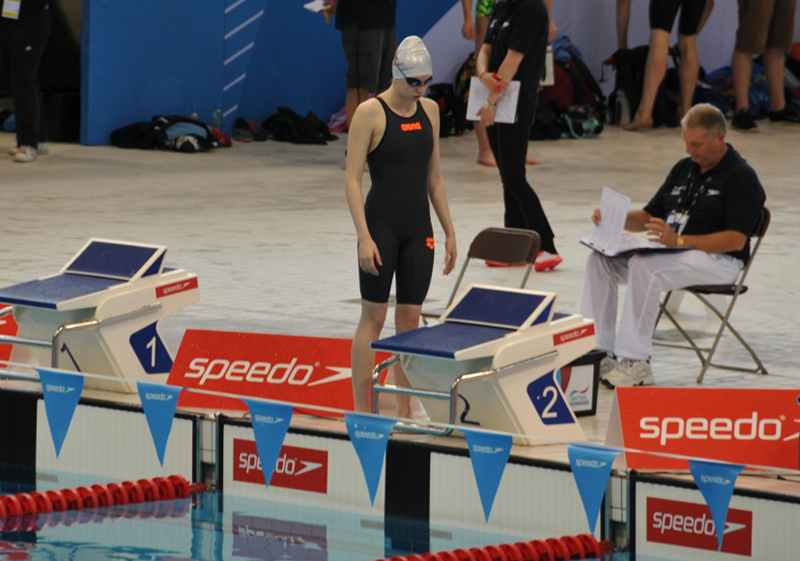 Aiyana Lawson, at just 14 years of age, bagged herself 7 qualification times for the recent British Swimming Championships 2015. This was a national event held in the Queen Elizabeth Olympic Park at the London Aquatic Centre.

Aiyana swam well, despite immense nerves, being at her first major championships and rubbed shoulders with the likes of Adam Peaty and Ruta Meilutyte. Aiyana was even present when Peaty set the new World Record for 100 Breaststroke! Her best swim of the week was the 200 Breaststroke where she finished well up the field just missing out on a place in the finals for her age group.

Aiyana said ‘From this experience I can take many things so that hopefully I have a chance at qualifying in the Olympic year next year’.