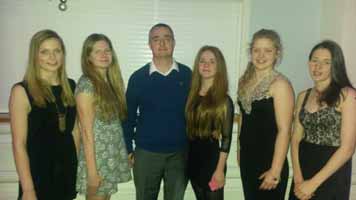 The Bedford Sports Awards 2013 celebrate and honour the amazing work carried out every day by indi-viduals and organisations across the Borough.
Congratulations to Brandon Nabarro, Rhiannon McCaffray, Peter Webster, Nicola Pas-quire, Paddy Keaveney, Aiyana Lawson and Hayley Alcock for being nominated for Sports Personality of the Year (U17) category at these awards held on Monday the 9th of December 2013 in Bedford. Congratulations also goes to Ian, who was nominated in the Sports Coach of the Year category and finally pat on the back to the club, nominated in the Sports Club of the Year category.