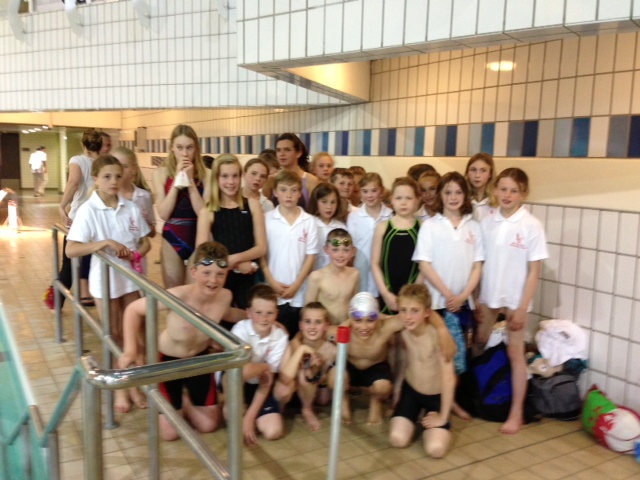 I had the pleasure of spending Saturday night in London at our first junior league gala of the season.

This gala was always going to be a tough one as it was our first outing since being promoted as division two winners last year and we were up against some very big clubs with a number of our best swimmers away at the regional championships when the other clubs had their regionals the weekend before. However, I was extremely pleased with the attitude, effort and enthusiasm shown by our younger swimmers and they rose to the challenge undaunted by the prospect of racing some of the top London swimmers.

I think that the highlight of the evening for me was watching the under 9 and under 10 year olds race, some of the swimmers in their first gala ever, and particularly the under 9 girls who won their medley relay. Their were a lot of faces that I did not recognise racing for us and it was great to see them taking on board advice and using this in their racing. Although we had a lot of novice swimmers swimming in a division one gala we were by no means disgraced and it was a great team effort.

I would like to thank all swimmers, and parents, who made the journey down to London and hope to see the swimmers putting into practice what was said to them after their swim so that they can progress and improve on their times in the next gala.