What a Weekend for the Sharks! 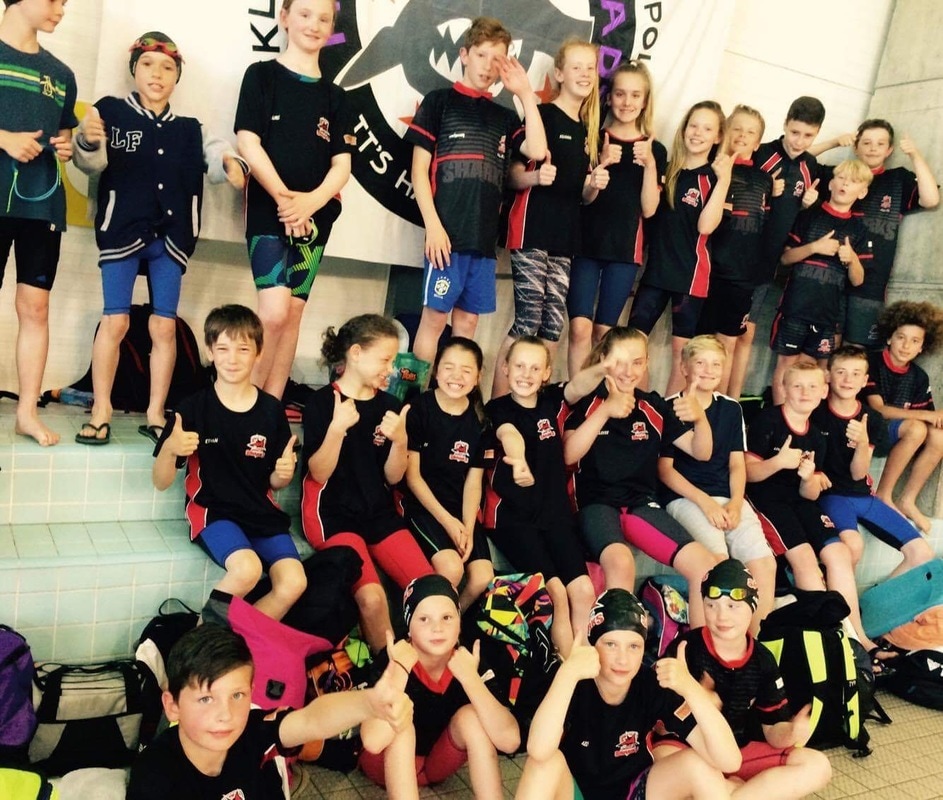 Last night the 4 diddy teams went out and represented Leicester Sharks in the final rounds of either the Nuneaton Diddy League or the Leicester League.

The A team were at Pingles in the Nuneaton Diddy League.

They went into this round with reduced numbers, as we had Yasmine off with broken thumb (although she still did the team proud and came and helped the younger ones in her role as team captain) and Lea with broken arm/wrist we hope your back for the final girls.
We also had the same issues as the other teams in that availability of swimmers was not as good as we would have liked.
Lots of swimmers having to do extra races and swimming in the age group above. We were down to just two 10 year old girls, which meant our 3 youngest girls had to swim up in relays. But this didn't stop them they still secured a 3rd place in both the Medley and Freestyle relay.

We had another swimmer race over from the B team to the A team - Thank you Alex.

But despite this we managed to get 1st place in a very close gala. After the points were called after race 28 there was only 1 point in it between Leicester Sharks 121 and Northampton 120.

But as usual the swimmers did themselves proud and maintained their lead finishing in a great win in the cannon. With the help of the really loud cheering from the parents &#128540;.

B Team Players (No photo sorry)

Round 3 of the Nuneaton Diddy League was always going to be a tough round for the B team at Rugby.
​
It was a difficult draw and one where the team had to just get on and do their best and as always
they did.

Smiles and race faces were on and ready to go, gallons of water were consumed, goggles ended up
around their necks and eager swimmers were coming back for feedback and times.

The competition was too strong, I had hoped for a cheeky 5th place but with pullouts (for all teams) throughout the week and some on the day, teams had to be changed and swimmers were asked to swap gala's at the last minute.

Whilst watching our swimmers, I realised that they were not affected by the stronger/well fielded teams of other clubs, they were swimming and racing for themselves, for PB's. As we say "concentrate on your swim", they did that with plenty of passion.

Two of our younger swimmers made the night for me, bouncing up to me after each swim, full of smiles and being exactly how a Diddy swimmers should be...it reminded me how it was when James used to swim, parents are proud, children are happy with a slight loss of hearing at the end of the night :)

"I was proud to be their coach on the night and proud to say they took the loss as well as they take the win...as a team!" - Coach Darwin

The C team were at Wigston in the Leicester Diddy League.

The final round of the 2017 Leicester Diddy league saw the C team swimming at Wigston pool against some very strong teams. The team looked very different from rounds 1 and 2 due to unavailability of swimmers across all teams but those who turned up to the gala pulled together and produced some fantastic swims and I could see their determination to do their best for the team. I was impressed with all the swimmers and their commitment and application.

The team finished 5th with 163 points just one point behind Swadlincote in fourth and a few more points behind Solihull B in third.

Many thanks to all those that volunteered and enabled the team to swim on the night with first timer girls team manager Amy Hunter and Luke Hammond who was only called at the very last minute, literally as the gala was starting, to assist with the boys team managing poolside.

There is always some points of technique to work on for every swimmer no matter what level they swim at and it is good to see those that want to know how they did and what they can do better and work on in training .......... well done everyone at Wigston and keep working at your technique points.

The D team were at Hinckley in the Leicester Diddy League.

Due to swimmer availability and demands from the Sharks' senior teams we
were unable to field a full squad and the 9 year olds did not have full relay teams.  There was quite a bit of excitement for this last round of the
Diddies and the behaviour and enthusiasm of the swimmers was exceptional;
this made the job for our two new team managers a lot easier. Two of our
swimmers were swimming in their first gala for Sharks and they can be very
proud of their contribution to the team on the night.
Although the team came last on the night, there was no doubting the effort
and engagement of the swimmers and we were able to keep them safe and return
them home having taken part in a very enjoyable gala.
Thanks to our Team Managers and our officials on the night.

All the swimmers have swam amazing over the last 3 rounds of both diddy leagues. So

But these galas wouldn't take place with out the parents who give up their time to help the galas run smoothly. So thank you to all the helpers over the last 3 rounds too.