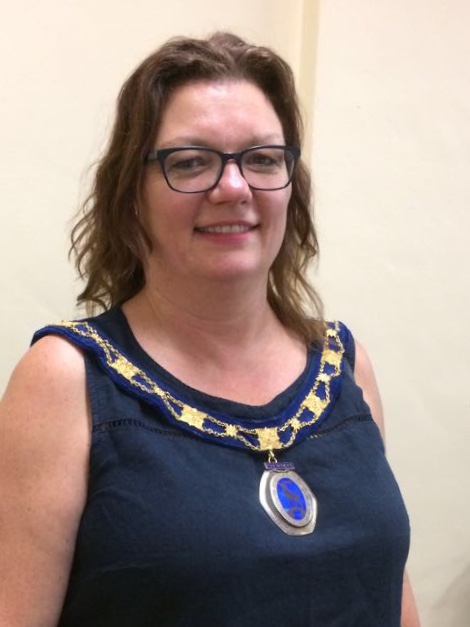 I am proud to have been appointed as President of Swim England Hertfordshire for the year 2018-2019, and I am looking forward to becoming involved in the various swimming disciplines, by attending events, and meeting athletes, coaches and volunteers.
The world of Aquatics, in particular swimming, has been very important to me throughout my life, my first club was Edmonton Phoenix SC (1971-1976), and I have also been a member of Ware SC, Hatfield SC and Hartham Masters.  As a junior swimmer I represented the Borough of Enfield and later I represented Hertfordshire ASA in the Masters Intercounties.
I joined Hoddesdon SC in 2002 as Assistant Coach and became Head Coach in 2003; coaching swimmers at all levels from ‘learn-to-train’ through to national level.  As a continued learner I have taken many qualifications including Club Coach, UKCC Level 3 (Performance) Coaching, Coaching Diving, Adult and Child and as an Official (Timekeeper and Judge).  However, reflecting in 2007 I found that I still wanted to learn more so I enrolled at the University of Hertfordshire (2008-11) to study a full-time degree course in Sports Studies graduating with first class honours.  I didn’t know then, but this course would take me on another journey, into the world of disability sport.
In 2011, I was appointed Disability Sports Development Officer for Special Olympics East Herts which provides training all year round and the opportunity to take part in competition (local, regional, national and internationally) for people aged 8-80 with a learning disability in 26 different sports.  Again, I didn’t know then, but this position would take me on another journey, and I now employed full-time by Amwell View School and Specialist Sports College as the School Business Manager.
In 2013, I was proud and privileged to be selected as SOGB Head Coach for Aquatics and lead a team of 11 athletes to the European Summer Games in Belgium.
In 2014, I changed role becoming the Disability Head Coach for Hoddesdon SC developing pathways for swimmers with a disability into Para Swimming and Special Olympics both of which can compete at a local, regional, national and international level.  I also support the two disability swimming sessions in the Borough of Broxbourne for people with a disability (physical, sensory or learning) and their families/carers on Sunday afternoons and coordinate the Broxbourne Level Water Charity one-to-one swimming lessons.  I am passionate about developing swimmers of all abilities and people who want to improve their coaching knowledge and skills.  I look forward to serving you well as your President.