Camden Swiss Cottage SC are very proud to announce the names of the four individuals who were recently acknowledged by their peers for their hard work during training, the encouragement they provide to other team members both around poolside and in the pool at training and competitions. Their team mates have described them as positive individuals who always appear friendly and supportive, who have a strong knowledge of this club and the sport which we all love, and they are seen as examples of how training can be successfully integrated into the other areas of their lives.

The individuals are Segev Gonen Cohen, Leah O’Connell, Brayton Turner and Hannah Grabinar. They have been voted for by the other members of their squad to receive on behalf of the club a grant from the Jack Petchey Foundation. This grant money will be invested into the club and spent on equipment that will benefit them, their squad and the club as whole. 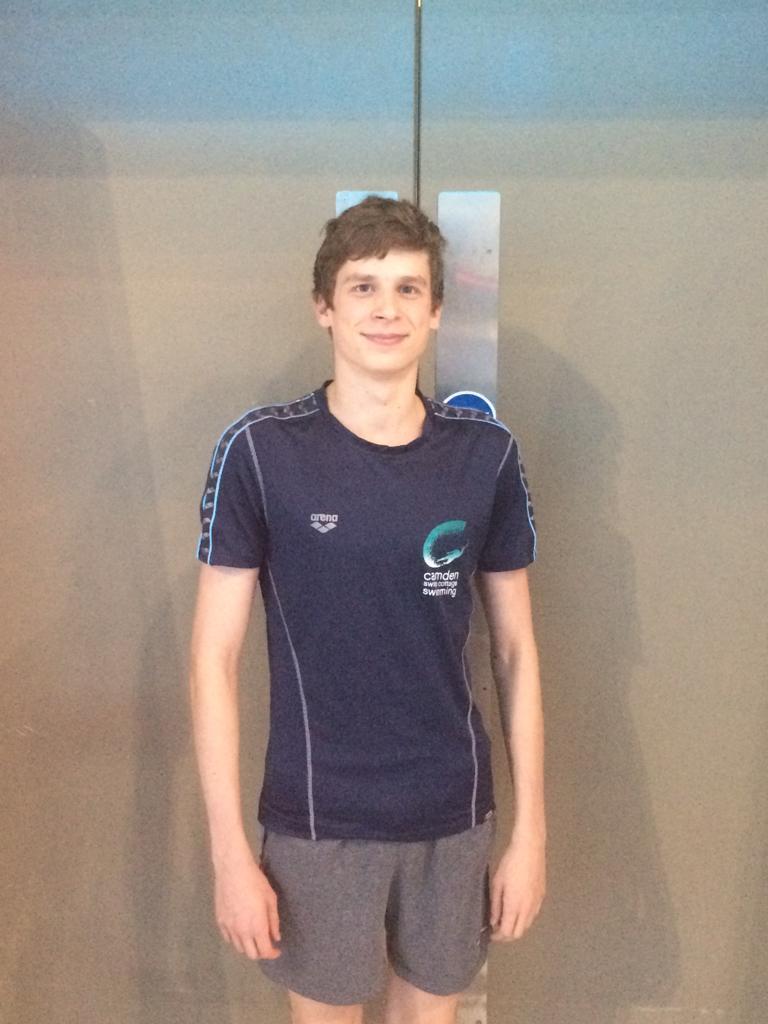 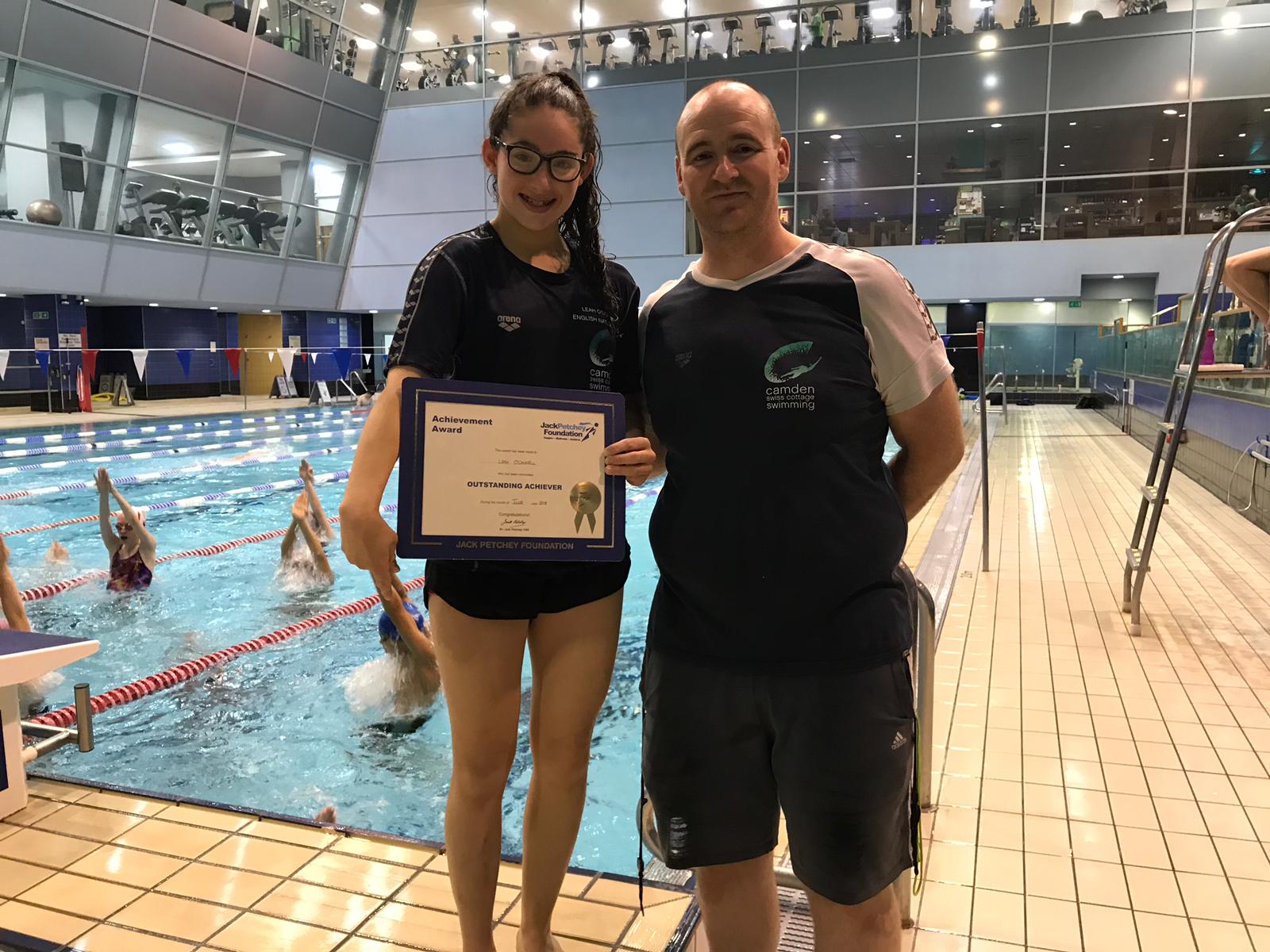 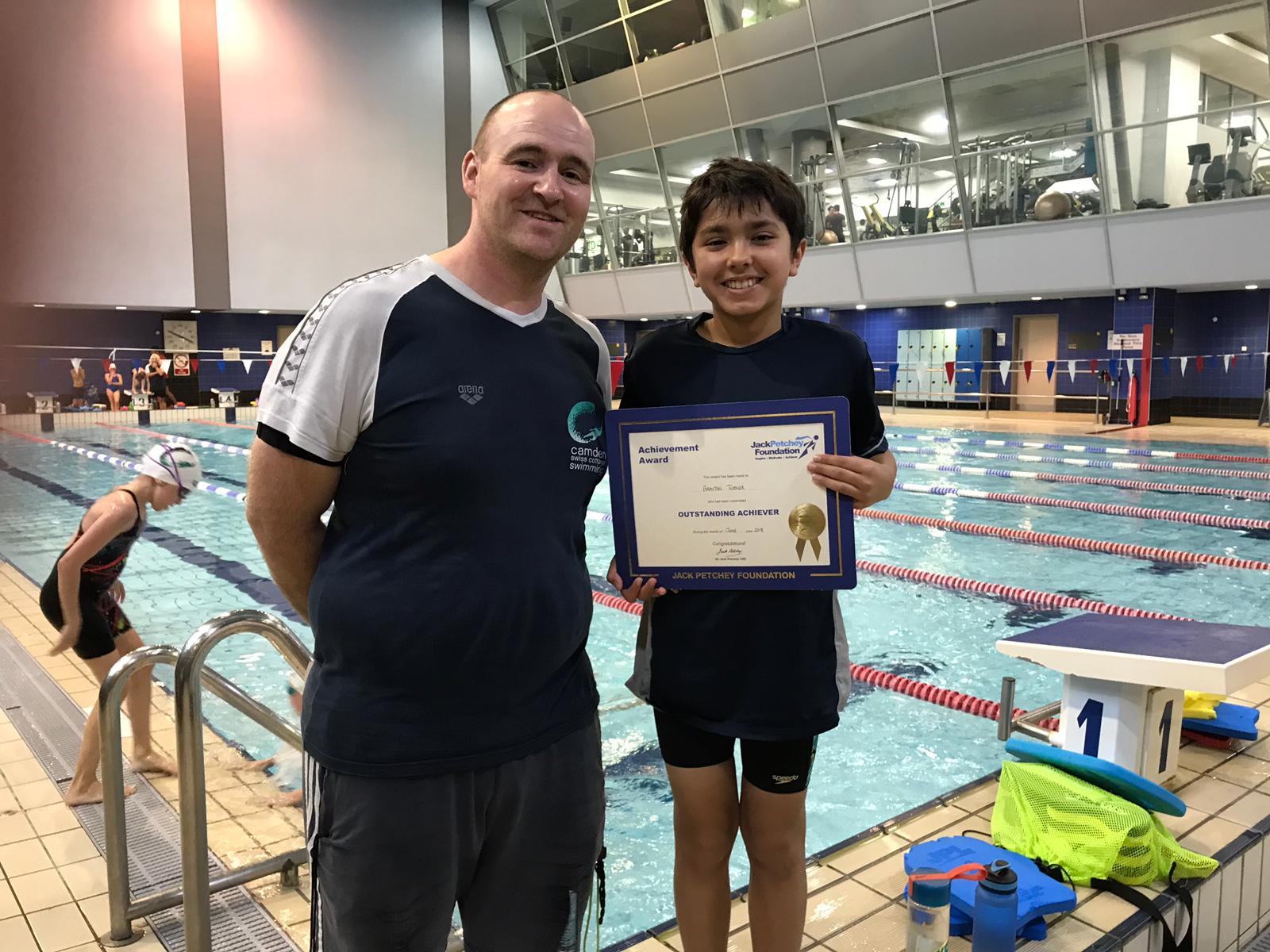