Variations of this article appear in the February 7 edition of the Ham & High and the Camden New Journal. 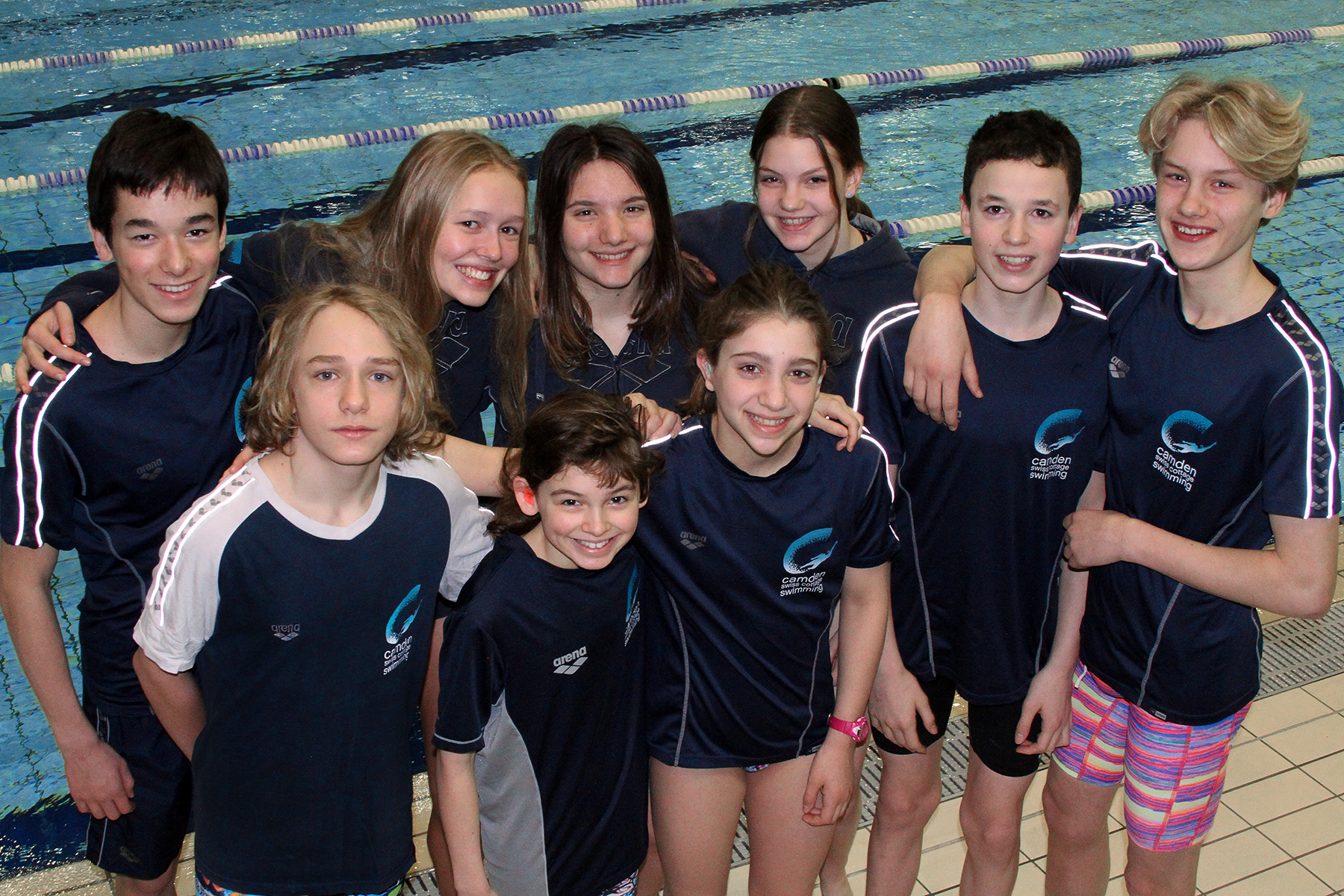 Members of the Camden Swiss Cottage Swimming Club made an excellent start to the new year by competing at the 2019 Middlesex County Youth and Age Group Swimming Championships.

The competition was held as a short course (25m pool) event over 2 weekends for swimmers aged 10-13 at the Southbury Leisure Centre in Enfield and as a long course event (50m pool) over one weekend for those aged 14 and above at the London Aquatics Centre in Stratford.

At the youth competition, 19 year old Ally Larson made her presence known in her final County Championships before heading off to Northwestern University next fall. She competed in 6 events, winning every single event. She walked away with an astounding 6 over-all best trophies that encompassed the 200m & 400m Individual Medley, the 100m & 200m Butterfly, and the 100m & 200m Freestyle events.

Overall, the Camden Swiss Cottage Swimmers proved a force to be reckoned with at the County Championships by winning over one hundred individual medals. They now focus their attention towards the London Swimming Regional Championships in May.