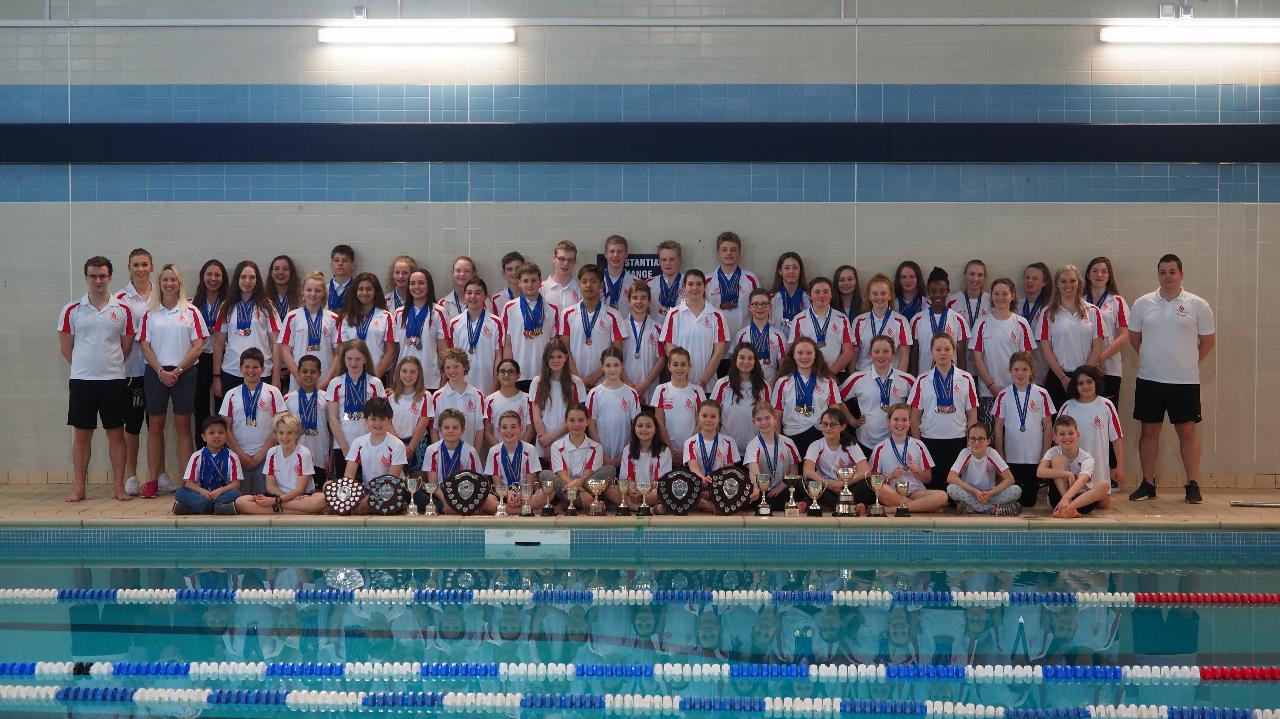 Modernian SC topped the points table again for the 3 rd year running making it the Top Club 6 out of the last 7 years!

Out of the most successful club in the county,  Jamie McCaffray secured 2 British Swimming Championships Qualifying times so is off the Glasgow in April to compete against the current best British Swimmers! Isabel Wainwright smashed through thecurrent 50 Free Junior County Record not once but twice racing first in the heats and then in the final!

Many of our swimmers secured both Senior and Junior County Champion titles: Tia Wilson snatched Senior titles for 200/400/800Free, McCaffray secured the 400IM title, Emily Jones did the triple in the 50 Back/Butterfly/Breast and also took the title in  100Back and Wainwright, unsurprisingly claimed 50 Free title. Georgina Munday had the best championships ever by claiming Junior titles in 400/800/1500 Free and 200IM and teammate Louise Donaghy secured 100Free with Jessica Watson claiming 200 Breast title.

Team spirit is now high as we head towards the regional championships in May.