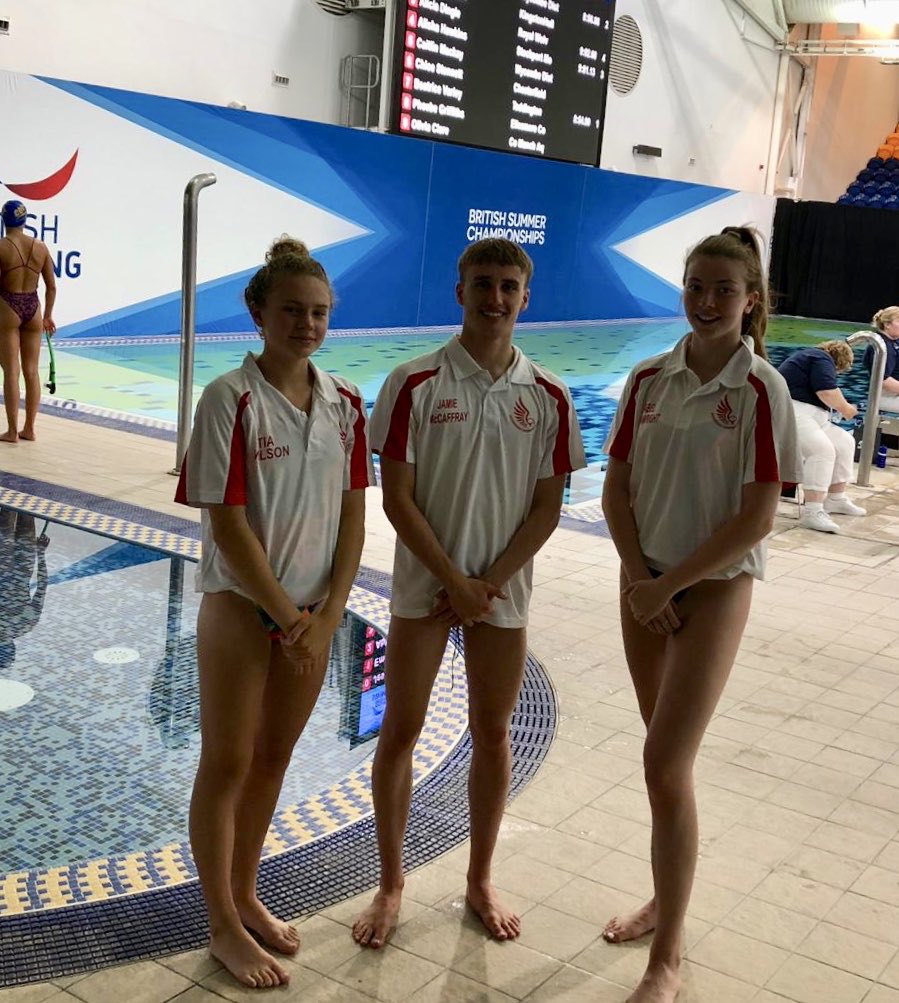 Great 800m Fc from Tia. Probably best ever National swim for her. Having just done the ER Open Water on Sunday. She managed a negative split on the second 400m. Final time under 9.20

Izzy swam a really decent 50 Free against the fastest girls in the country! It was her second fastest ever morning swim. The final position was really close, so well done! Smash the 100 free in Sheffield next week! Well done to make it to British again!

Brilliant swim from Jamie on the 1500! He went out very fast and he stuck to his race plan all the way. He dominated his heat with 2 other swimmers. Technique and stroke rate was spot on! It was a 5.5 sec pb on Jamie’s last pool race before he goes to uni.

Tia swam the 1500 26th July. It was a strong consistent swim but slightly off her pb pace. She gave everything she had in the tank at the end!

We’re done in Glasgow, well done everyone and let’s focus on Sheffield now!